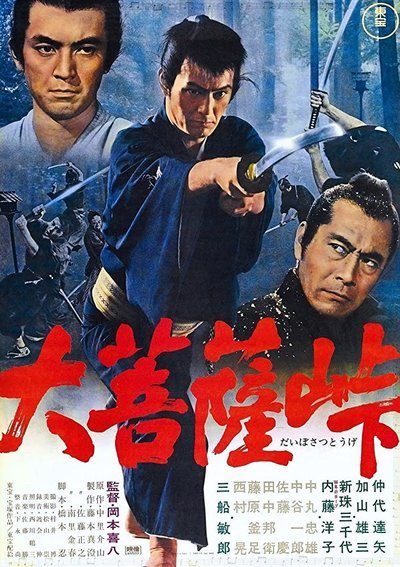 Quote:
Through his unconscionable actions against others, a sociopath samurai builds a trail of vendettas that follow him closely. END_OF_DOCUMENT_TOKEN_TO_BE_REPLACED

Synopsis:
A puppy was born in Akita Prefecture and sent as a gift to Professor Ueno of Tokyo University. Although professor’s wife does not want keep the dog. Professor Ueno loves the puppy so much and names it Hachi. Professor goes to work by railways everyday. Hachi walks to Shibuya Station with Professor each morning and greets him in the evening, no matter what the weather is. One day, Professor Ueno has a stroke and passed away. His family sold the house and moved to another city, but Hachi keeps visiting the house and waiting at the Shibuya station, believing his master. END_OF_DOCUMENT_TOKEN_TO_BE_REPLACED

Quote:
This is the story of Mama, a.k.a. Keiko, a middle-aged geisha who must choose to either get married or buy a bar of her own. Her family hounds her for money, her customers for her attention, and she is continually in debt. The life of a geisha is examined as well as the way in which the system traps and sometimes kills those in it. END_OF_DOCUMENT_TOKEN_TO_BE_REPLACED

Quote:
BLOOD END is one of the great unknown films from Japan’s golden era of the late 1960’s. Starring NAKADAI Tatsuya in one of his best roles, this is the story of the Mito Tengu Group who attempted to overthrow the Shogunate at the beginning of the Bakumatsu Period. Their political aspirations led to countless assassinations, as well as senseless killing of innocent people who got in their way. Sentaro (NAKADAI), a farmer who’s been severely beaten for his outspoken defiance of the government and the high taxes during a time of famine is befriended by one of the group’s leaders, KADA Gentaro (KATO Go) and joins up. END_OF_DOCUMENT_TOKEN_TO_BE_REPLACED

Synopsis: “Former samurai Magobei is forced to return to his sword-dueling ways when the gang he once ran with puts an innocent woman in danger. Coming to this woman’s defense, Magobei is tortured and made to pay for abandoning his people in the past.” END_OF_DOCUMENT_TOKEN_TO_BE_REPLACED

Just as many American studio-era directors found acclaim abroad that was denied them in their home country, by 1980 Akira Kurosawa’s reputation outside Japan exceeded his esteem at home. As uncompromising as ever, he found considerable difficulty securing backing for his ambitious projects. Unsure he would be able to film it, the director, an aspiring artist before he entered filmmaking, converted Kagemusha into a series of paintings, and it was partly on the basis of these that he won the financial support of longtime admirers Francis Ford Coppola and George Lucas. Set in the 16th century, when powerful warlords competed for control of Japan, it offers an examination of the nature of political power and the slipperiness of identity. END_OF_DOCUMENT_TOKEN_TO_BE_REPLACED 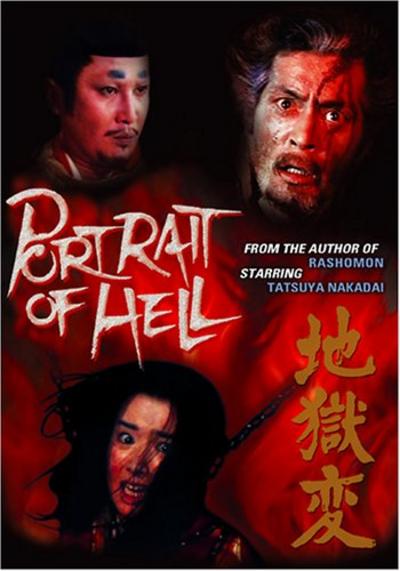 Synopsis:
A rebellious Korean artist tests the limits of his sadistic patron, an omnipotent feudal Japanese lord. Yoshihide demands a commission to paint screens of the Hell which he sees the egotistical lord’s peasants suffer. Such a public display will challenge the uncaring upper class’ obsession with their own personal beauty. With Chinese and Buddhist influences at a peak in 11th century Japan, the daimyo Horikawa wanted a mural of Buddhist paradise. As Yoshihide’s ghastly artworks appear to come to life, the painter and his patron’s mutual racism also take their toll. END_OF_DOCUMENT_TOKEN_TO_BE_REPLACED