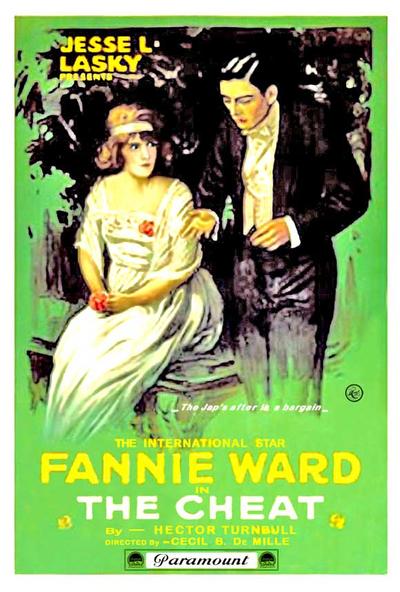 Description: One of the early De Mille’s melodramas: love triangle, fruvolous wife, demonic Japanese tempter… But besides all that melodramatic rubbish it’s one of the most innovative films of the era. De Mille actively experimented with lighting, cutting, and framing to extend narrative technique. “The Cheat” featured probably the first use of so called “psychological editing: cutting not between two simultaneous events but to show the drift of a character’s thoughts. A must see.

I watch this dazzling curio from l914 at least once a month and am never bored. My copy of “The Cheat” was purchased through Grapevine Video and is accompanied by an unforgettable piano score. The Kino edition has an unbearable orchestral score and ruins this Cecil B. DeMille masterpiece. I’m always fascinated by different things. Fannie Ward is electrifying as Edith Hardy, the vapid socialite who gambles away $10,000 of charity funds and seeks help from sensual Sessue Hayakawa, who asks that she becomes his mistress. When she reneges, he brands her with a white-hot iron. DeMille hired Ward after watching her at a party surrounded by a legion of male admirers. Already in her forties, she had kept her beauty legendary by primitive plastic surgery: injecting paraffin into her wrinkles. She proved to be a real life embodiment of bitchy Edith Hardy. She refused a fabulous collection of gowns that DeMille had made for her. She forced him to buy an even more expensive set of gowns made by her favorite French couturier. She created her own make-up. DeMille was horrified. But somehow it worked. This movie gives us a fascinating peek into the dying work of post-Victorian passions and fashions and looks. I mentioned this movie often in my book on old gay Hollywood, “The Kiss of King Kong,” written under my pen name of Jason Fury. In his later years, Hayakawa said that he hated Fannie Ward passionately. His favorite scene in “The Cheat” is when he manhandles her and brands her with the iron. This movie moves at a feverish pace for its 58 minutes. Try to get the Grapevine Video version. A stunning classic to be cherished and watched again and again.
(author: PrincessAnanka from United States at imdb.com) 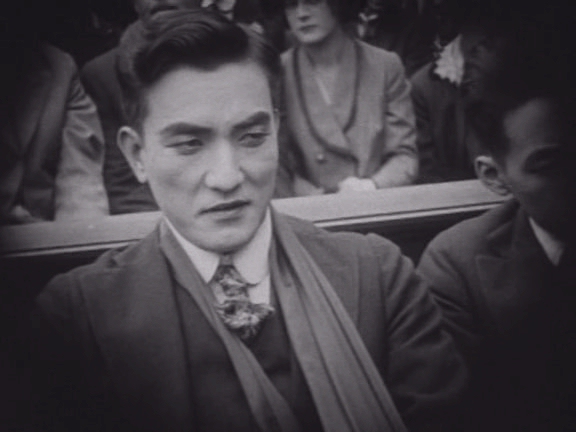 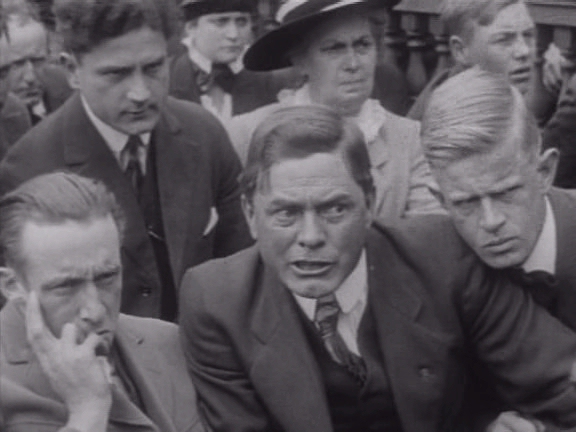