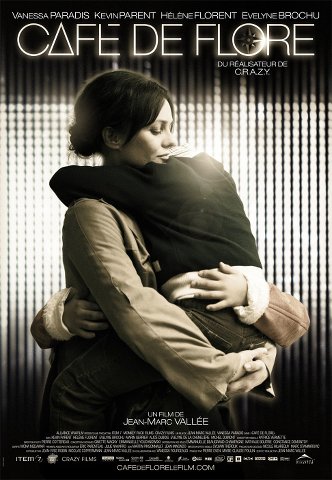 Jean-Marc Vallée returns to French-language filmmaking with this powerful and unconventional love story that weaves together two disparate narratives to create a tale of emotion and destiny. The stories center on a devoted mother (Vanessa Paradis) of a young boy with Down syndrome in 1969 Paris, and a successful DJ (Kevin Parent) who is going through an emotional divorce in present-day Montreal.

Set in present-day Montreal, the first story centres on Antoine (Kevin Parent), a successful DJ and divorced father of two girls who is wildly infatuated with his girlfriend Rose (Evelyne Brochu). However, he still has strong ties to his ex, Carole (Hélène Florent), and it’s evident they are not entirely over one another. Carole harbours a secret belief that Antoine will return to her; their eldest daughter torments her father by blaring her parents’ defining love song at every opportunity.

The second story takes place in Paris in 1969. Jacqueline (Vanessa Paradis) is the fiercely devoted single mother of Laurent, a young boy with Down syndrome. With her son’s life expectancy limited to twenty five years, Jacqueline dedicates every spare moment to enriching and prolonging his life. Their days are rituals of school drop-offs, affectionate kisses and Laurent’s constant request to listen to the jazz album “Café de flore.” When a young girl who also has Down syndrome joins Laurent’s class, Jacqueline’s tightly woven world begins to fray.

As it did in Vallée’s hit C.R.A.Z.Y., music plays a crucial role in Café de flore, encapsulating the characters’ memories and emotions, forming the soundtracks to their lives and fervently filling the edges of the screen. It seems initially that music is the only link between the two stories, but as Carole’s nightmares and sleepwalking intensify, we begin to sense that she is connected to Jacqueline in a much deeper way.

Vallée has crafted a mysterious and at times devastating portrait of the mystic forces controlling his characters’ destinies. Viewers who only know him for the stately The Young Victoria may be taken aback by the film’s unflinching sexuality, which is elegantly captured yet raw. The film is suffused with extremes: the sweetest moments of love alongside unimaginable pain. With its superbly paced fluidity, Café de flore possesses an undeniable musicality: its layered, rhythmic beat mixing together two powerful tales of love and loss.