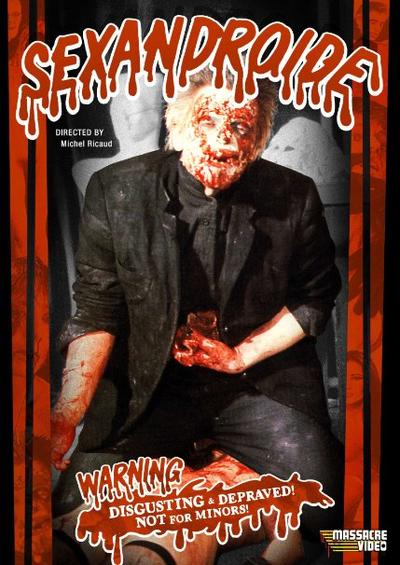 PLOT SUMMARY
Plot? Are you kidding or what ?There is no plot! This is 57 minutes of naked French weirdness.
Directed by porn king Michel Ricaud and starring a French theatrical troupe in the tradition of Grand Guignol (pronounced Grahn Geen-yol), this shocker contains three gore-drenched, sex-filled tales.
In the first, a sadist with a voodoo doll tortures an attractive woman. The catalogue of humiliation includes vomiting, menstrual trauma, pins through nipples, and finally death.
Next, a possessed woman is tortured by a crazed zombie, who slices off her nipples and gouges out her eye before disembowelling himself. Finally, a woman is attacked by a vampire and returns to life as a lascivious temptress.
– source: http://hiroshimavideo.com 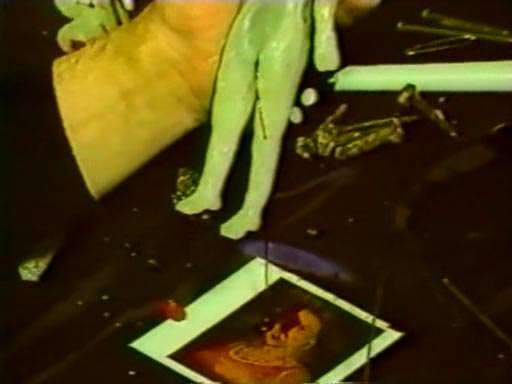 WHAT THE HECK IS GRAND GUIGNOL?
The Grand Guignol was a theatre (Le Théâtre du Grand-Guignol) located in Paris’ infamous red light district Pigalle (at 20 bis, rue Chaptal) which, from its opening in 1897 to its closing in 1962, specialized in naturalistic horror shows. The name is often used as a general term for graphic, amoral horror entertainment.

At the Grand Guignol, patrons would see five or six plays, all in a style which attempted to be brutally true to the theatre’s naturalistic ideals. The plays were in a variety of styles, but the most popular and best-known were the horror plays, featuring a distinctly bleak worldview as well as particularly gory special effects in their notoriously bloody climaxes (which inevitably featured eye-gouging, throat-slashing, acid-throwing, or some other equally grisly climax). These plays often explored the altered states, like insanity, hypnosis, panic, under which uncontrolled horror could happen. Some of the horror came from the nature of the crimes shown, which often had very little reason behind them and in which the evildoers were rarely punished or defeated. To heighten the effect, the horror plays were often alternated with comedies. 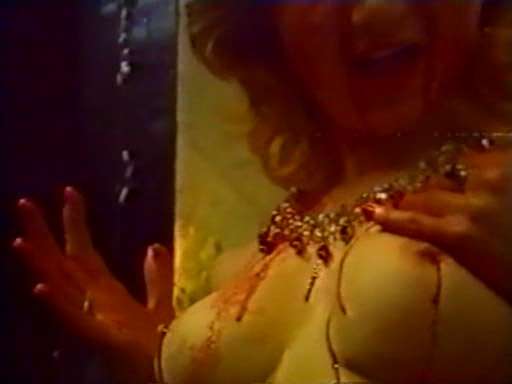 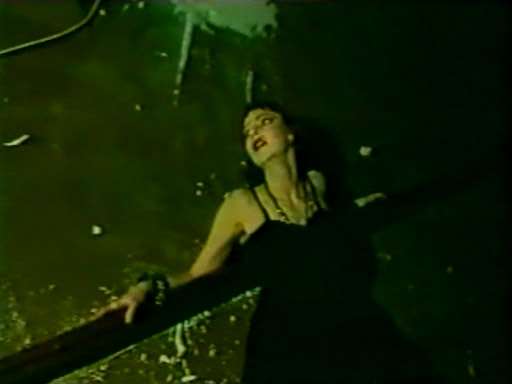 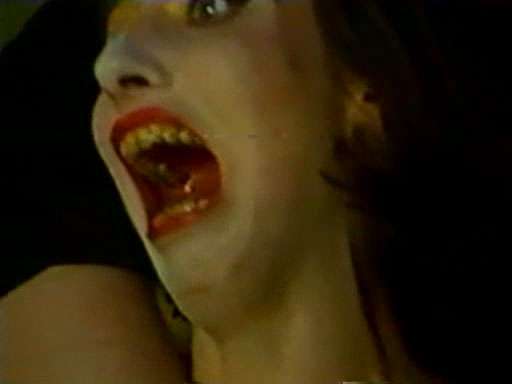 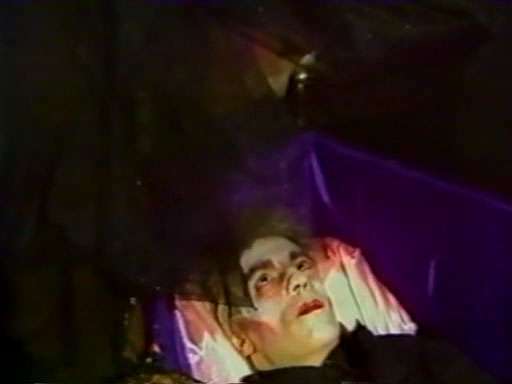 A FEW WORDS ABOUT GRAND GUIGNOL
In 1897, the French playwright and chien de commissaire (french term for a police employee who spends the last moments with prisoners sentenced to death.), Oscar Metenier, bought a theater at the end of the impasse Chaptal, a cul-de-sac in Paris’ Pigalle district, in which to produce his controversial naturalist plays. The smallest theater in Paris, it was also the most atypical. Two large angels hung above the orchestra and the theater’s neogothic wood paneling; and the boxes, with their iron railings, looked like confessionals (the building had, in fact, once been a chapel). 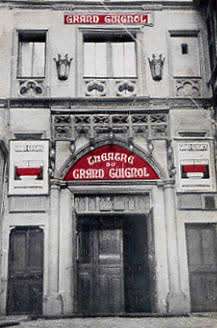 The Theatre du Grand-Guignol–which means literally the “big puppet show”–took its name from the popular French puppet character Guignol, whose original incarnation was as an outspoken social commentator–a spokesperson for the canuts, or silk workers, of Lyon. Early Guignol puppet shows were frequently censored by Napoleon III’s police force.

Oscar Metenier was himself a frequent target of censorship for having the audacity to depict a milieu which had never before appeared on stage–that of vagrants, street kids, prostitutes, criminals, and “apaches,” as street loafers and con artists were called at the time–and moreover for allowing those characters to express themselves in their own language. (…) The Theatre du Grand-Guignol was an immediate success. Without realizing it, Metenier had laid the first stone in the edifice of the Grand-Guignol repertoire, which was to last for over half a century. Little by little and almost accidentally, a new genre was born.

Metenier was succeeded as director in 1898 by Max Maurey, who was unknown in artistic circles but had hands-on experience in the theater. It was Maurey who, from 1898 to 1914, turned the Theatre du Grand-Guignol into a house of horror. He measured the success of a play by the number of people who fainted during its performance, and, to attract publicity, hired a house doctor to treat the more fainthearted spectators. It was also Maurey who discovered the novelist and playwright Andre de Lorde–“the Prince of Terror.” Under the influence of de Lorde (who collaborated on several plays with his therapist, the experimental psychologist Alfred Binet), insanity became the Grand-Guignolesque theme par excellence. At a time when insanity was just beginning to be scientifically studied and individual cases catalogued, the Grand-Guignol repertoire explored countless manias and ‘special tastes’: Andre de Lorde and Leo Marches’s L’Homme de la Nuit (The Man of the Night), for example, presented a necrophiliac, who strangely resembled Sergeant Bertrand, a man sentenced in 1849 for violating tombs and mutilating corpses. L’Horrible Passion (The Horrible Passion), by Andre de Lorde and Henri Bauche, depicted a young nanny who strangled the children in her care. (Like Metenier, de Lorde was often a target of censorship, particularly in England where scheduled touring productions of two of his plays were canceled by the Lord Chamberlain’s censors. The theater of the time, which delighted in vaudeville and bourgeois settings, could not abide the sight of blood or corpses on stage.)

Fear of ‘the other’ appeared at the Grand-Guignol in countless variations: fear of the proletariat, fear of the unknown, fear of the foreign, fear of contagion (for all the blood spilled, sperm ejaculated, and sweat dripped there, the Grand-Guignol had to feel some degree of nostalgia for cleanliness). (…)
But what carried the Grand-Guignol to its highest level were the boundaries and thresholds it crossed: the states of consciousness altered by drugs or hypnosis. Loss of consciousness, loss of control, panic: themes with which the theater’s audience could easily identify. When the Grand-Guignol’s playwrights expressed an interest in the guillotine, what fascinated them most were the last convulsions played out on the decapitated face. What if the head continued to think without the body? The passage from one state to another was the crux of the genre.

Camille Choisy, who directed the theater from 1914 to 1930, brought with him a score of special effects in both lighting and sound. Under his direction, staging overtook text. Once he even bought a fully equipped operating room as a pretext for a new play. In 1917, he hired the actress Paula Maxa, who soon became known as “the Sarah Bernhardt of the impasse Chaptal.” During her career at the Grand-Guignol, Maxa, “the most assassinated woman in the world,” was subjected to a range of tortures unique in theatrical history: she was shot with a rifle and with a revolver, scalped, strangled, disemboweled, raped, guillotined, hanged, quartered, burned, cut apart with surgical tools and lancets, cut into eighty-three pieces by an invisible Spanish dagger, stung by a scorpion, poisoned with arsenic, devoured by a puma, strangled by a pearl necklace, and whipped; she was also put to sleep by a bouquet of roses, kissed by a leper, and subjected to a very unusual metamorphosis, which was described by one theater critic: “Two hundred nights in a row, she simply decomposed on stage in front of an audience which wouldn’t have exchanged its seats for all the gold in the Americas. The operation lasted a good two minutes during which the young woman transformed little by little into an abominable corpse.”

To allow the audience some release from the tensions inspired by fear and insanity, an evening at the Grand-Guignol alternated drama with comedy to create a kind of hot and cold effect. Thus, after ‘experiencing the horrible,’ the audience was able to recompose itself with the likes of Ernestine est enragee (Ernestine is Furious), Adele est grosse (Adele is Fat), or Hue! Cocotte! (Hey! Cocotte!). If the Grand-Guignol was a popular theater in both meanings of the word–it was frequented by neighborhood locals as well as the higher-brow audience of the Comedie Francaise — it was not a public affair. Going to the Grand-Guignol was less a social act than a private one and certain audience members preferred not to be seen. Some witnesses reported that the iron-grilled boxes in the back of the theater encouraged a certain ‘extremism,’ especially during Monday matinees when women often prepared themselves for adultery by throwing themselves, half-dead with terror, into their neighbors’ arms: flirtation, Grand-Guignol-style. The cleaning staff would often find the seats stained.

With the arrival of Jack Jouvin, who directed the theater from 1930 to 1937, the repertoire shifted from gore to psychological drama. (…)
Jouvin’s lack of talent and his personal ambition triggered the eventual downfall of the Grand-Guignol. Birth, evolution, death: the genre sowed the seed of its own decline when it began to parody itself. The abundance of terrifying elements in the later plays became so overwhelming that they were no longer believable.

By the Second World War, the theater was beginning to vacillate, carried away by its own excess. The war dealt it its final death blow. Reality overtook fiction, and attendance at post-war performances dwindled. In the spring of 1958, Anais Nin commented on its decline in her diary: “I surrendered myself to the Grand-Guignol, to its venerable filth which used to cause such shivers of horror, which used to petrify us with terror. All our nightmares of sadism and perversion were played out on that stage. . . . The theater was empty.” In an interview conducted immediately after the Grand-Guignol closed in 1962, Charles Nonon, its last director, explained: “We could never compete with Buchenwald. Before the war, everyone believed that what happened on stage was purely imaginary; now we know that these things–and worse–are possible.”
– source : House of Horrors by Agnes Peirron

Language:mostly howling, roaring, moaning, grunting and growling (not necessarily in that order)
Subtitles: see above