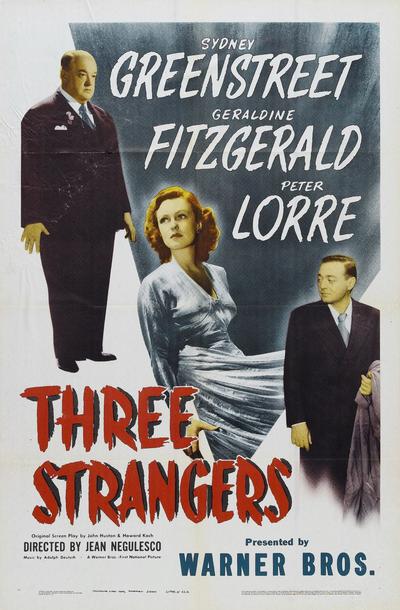 On the eve of the Chinese New Year, three strangers make a pact before a small statue of the Chinese goddess of Destiny. The strangers are Crystal Shackleford (Geraldine Fitzgerald), married to a wealthy philanderer; Jerome Artbutny (Sidney Greenstreet), an outwardly respectable judge; and Johnny West (Peter Lorre), a seedy sneak thief. The threesome agree to purchase a sweepstakes ticket and share whatever winnings might accrue. Alas, the pact brings little more than misfortune for all concerned. Jerome steals funds from a client, then kills Crystal (with the goddess statue!) when she refuses to hand over her sweepstakes winnings. Johnny and his girlfriend Icy (Joan Lorring) decide to abandon their life of crime, but when it is revealed that the ticket is a winner, he sets fire to it to avoid having his name tied to the crime. If it seems strange that Peter Lorre ends up the romantic lead in Three Strangers, remember that the film’s director, Jean Negulesco, thought Lorre was the finest actor who ever lived–and as a result, he fought tooth and nail with Warner Bros. to cast Lorre in this film.

On the night of the Chinese New Year in London, three strangers meet in the Warner film which bears the title, “Three Strangers,” and which came to the Strand yesterday. One of the three is a beautiful woman, one is an urbane barrister and one is a genial little black sheep who is given considerably to drink. In the flickering light of a candle and under the gaze of a Chinese idol, Kwan Yin, they become partners in a sweepstake ticket on a forthcoming Derby race. And before the picture is ended and before the race is run, the threads of their destinies ravel and unravel surprisingly.

The woman, for instance, turns out to be a heartless adventuress, momentarily greedy to win back her husband’s love. The lawyer is a misappropriator of funds. And the black sheep is innocently mixed up in a sensational murder case. Duplicities and violences complicate their lots, but Fate—that inscrutable mystery—deals the final blow.

Such is the theme of the story, and the action which bears it out is full-bodied melodrama of a shrewd and sophisticated sort. Never so far away from reason that it is wholly incredible but obviously manufactured fiction, it makes a tolerably tantalizing show, reaching some points of fascination in a few of its critical scenes.

And the acting is consistent with the melodramatic style. Geraldine Fitzgerald is sleekly decorative and strangely electric as the dame and Sydney Greenstreet puts lots of fatty tissue into his shaping of the barrister. Peter Lorre acts a bit too fatalistic for the right nature of the black sheep, but Rosalind Ivan, Joan Lorring and Peter Whitney get character into minor roles.

Of course, we seriously question whether it was so much the hand of Fate as it was the fine hands of the scenarists, John Huston and Howard Koch, that pulled the strings. Frankly, we suspect the latter. The plotting and writing have style. But whoever it was, they have turned out an efficiently intriguing show.

THREE STRANGERS stake their future fortunes on the whims of Kwan Yin, an ancient Chinese goddess.
The original story behind this tidy little thriller was originally conceived by John Huston as a sequel to THE MALTESE FALCON (1941). That not proving possible, it was shaped into its present form with help from the writer Howard Koch and turned over to the noted director Jean Negulesco.
The film stars Sydney Greenstreet & Peter Lorre in one of their several pairings. Greenstreet, huge and implacable, plays a desperately duplicitous solicitor. Spooky-eyed Lorre, who gets to play a rare romantic role, is a petty criminal on the lam from the police. Their actual screen time together is sparse, but they make the most of it–the nervous little fellow playing perfectly off of the rumbling fat man. Greenstreet, especially, overacts magnificently, descending into melancholia and, eventually, madness, to the delight of the viewer.
Geraldine Fitzgerald is pure vixen as the third member of the trio, a woman so consumed by jealousy, and obsessed with the supposed powers of the goddess Kwan Yin, that she has ceased being influenced by natural love & affection. Every man’s nightmare, she is unadulterated malice.
The supporting cast includes the sprightly Joan Lorring as Lorre’s loyal girlfriend; Alan Napier as Fitzgerald’s estranged husband; Rosalind Ivan as a widowed dowager still in communication with her deceased husband; Arthur Shields as a stern prosecutor; and the always competent Doris Lloyd as Lorre’s slovenly landlady.
Movie mavens will recognize an unbilled Ian Wolfe as a London barrister. 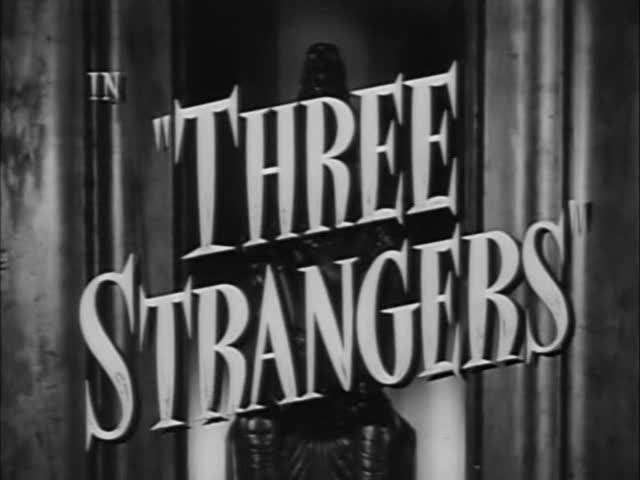 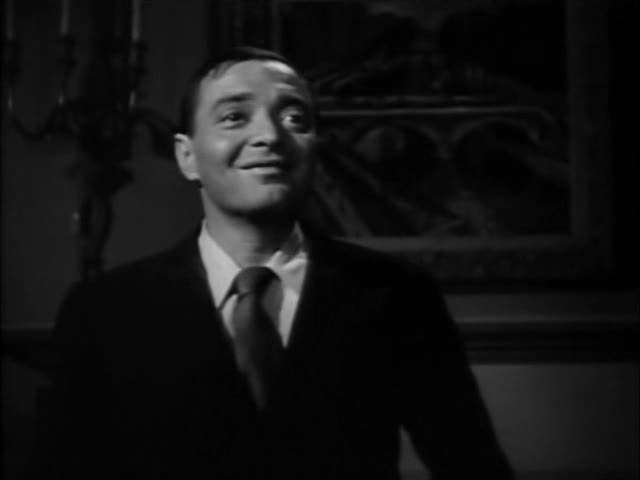 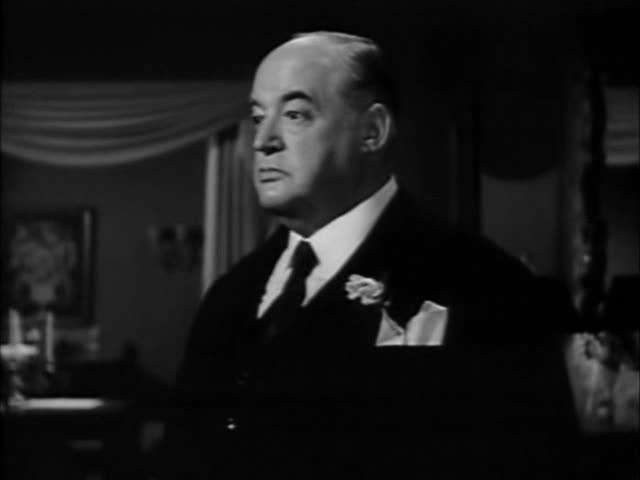 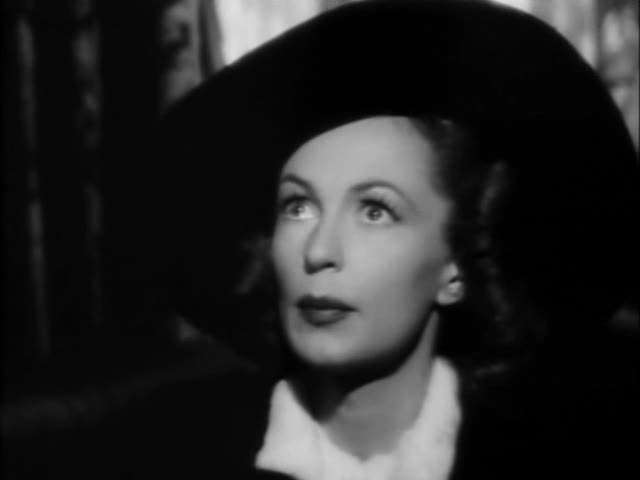 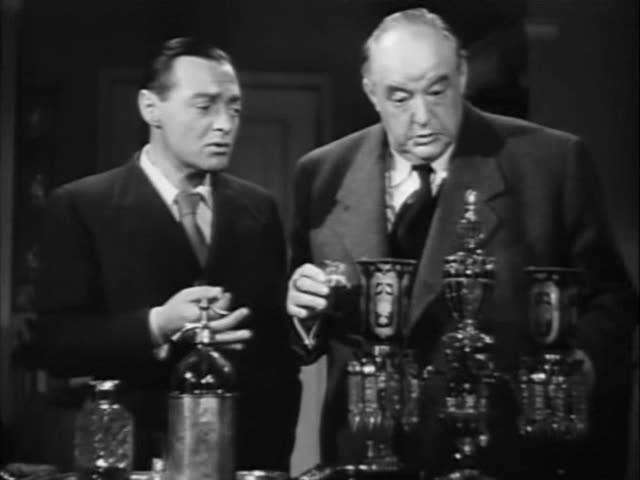