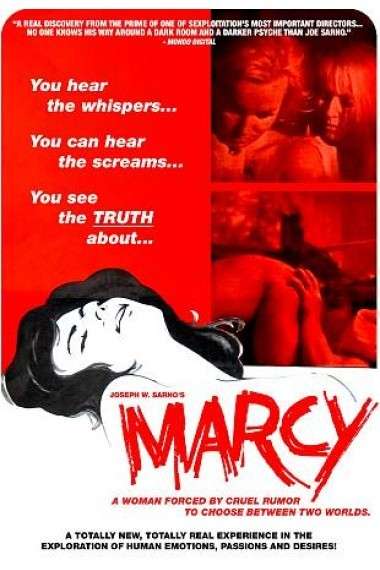 From Mondo Digital:
“At the height of his creative output, director Joe Sarno was known for flinging out an ungodly number of softcore films each year with a surprisingly high standard of quality. Psychological insight, intensely erotic love scenes, and off-kilter dialogue were his stock in trade with films like All the Sins of Sodom and Young Playthings, but sandwiched in between these are some really oddball ones. Case in point: Marcy, a 1968 hayseed melodrama that feels like a stylistic precursor to the country cutie smut films of Harry Novak the following decade like Sassy Sue and Country Cuzzins, albeit with a lot less of that cornpone humor. The plot also feels like sort of a deep-fried riff on D.H. Lawrence’s The Fox, believe it or not, which Norman J. Warren also turned into a sex/sci-fi trash classic with Prey.

The plot’s pretty simple. Out in the boonies, young Marcy (Love Toy’s Uta Erickson) has shacked up with the older June (Submission’s Britt), and word spreads like wildfire that the two women are enjoying each other’s company in a way that keeps �em really, really warm at night. Their handyman insists he hasn’t seen the women actually having sex, but they do tend to “rassle around on the ground outside” before retiring to their bedrooms. Hmmm. Muddying the waters even more, the local men all seem intent on bedding both of them to prove that it only takes the right man to make a girl swing, and the advances aren’t always refused. Of course, it’s only a matter of time before we find out what’s really going on as one of Sarno’s trademark girl-on-girl scenarios finally plays out for the camera.

…The cast is comprised on lots of second-string talent from Sarno’s films around that period like The Sex Cycle and Odd Triangle, but none of his usual top-notch thespians are here to fill the bill. However, you do get an early role for actor Alex Mann, who started off in Sarno films like Passion in Hot Hollows before splitting his time between TV roles, drive-in fare like Microwave Massacre and The Great Skycopter Rescue, and hardcore roughie sex films. It’s also admittedly unique to see a director known for his chilly, European, art house erotica take a stab at Tobacco Road territory, and he handles it better than you might expect. Also worthy of mention, for better or worse, is the almost nonstop music score, some very loud improvised banging on a harpsichord that will either have you in giggling fits or reaching for some Tylenol. It sounds like something Tori Amos’ idiot little sister might have come up with after a caffeine bender.

Evaluating Code Red’s DVD against any other home video release is essentially fruitless since this was a completely lost film for decades until now. Like many of Sarno’s independent films that fell through the cracks, this one dropped into distributor lingo and was only salvaged via a very, ahem, “well-loved” theatrical print replete with green scratches, splices, and any other sort of projector punishment you can imagine. There’s no menu, but if you hit the audio button on your remote, you get an amusing audio commentary with exploitation cinema vet David De Coteau and Sarno’s assistant, Gino Colbert, who worked with him on several more explicit films in the 1980s when Sarno was cashing a paycheck under a variety of pseudonyms. They obviously don’t have any stories about the making of this particular film, but their Sarno anecdotes are valuable and an interesting later-career companion piece to the earlier chat tracks with the man himself before his death in 2010. 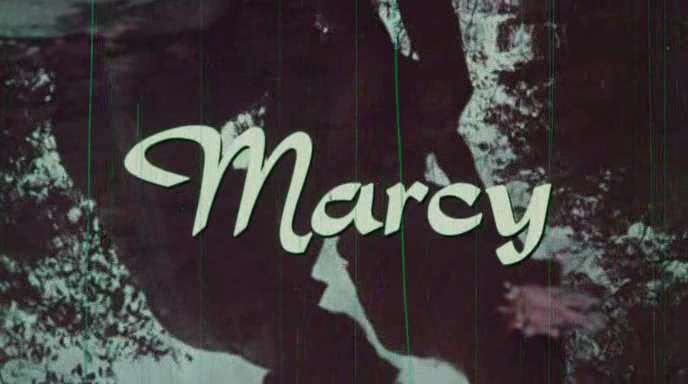 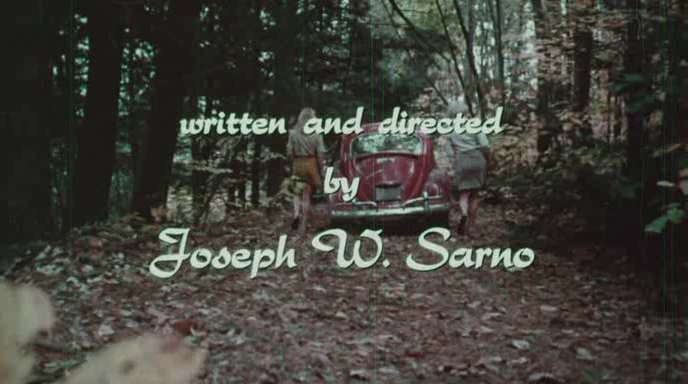 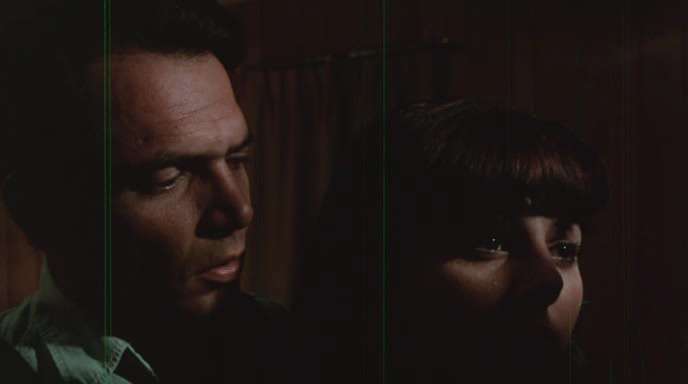 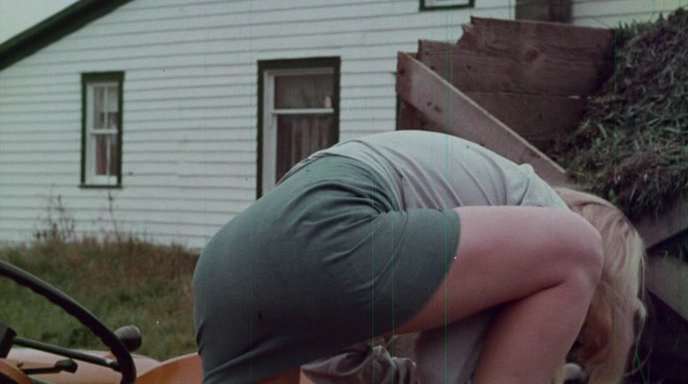 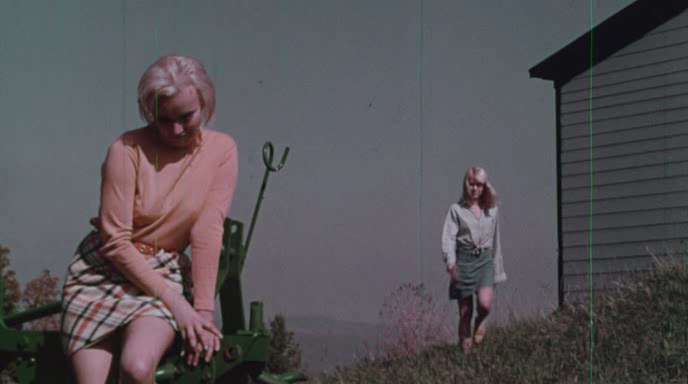 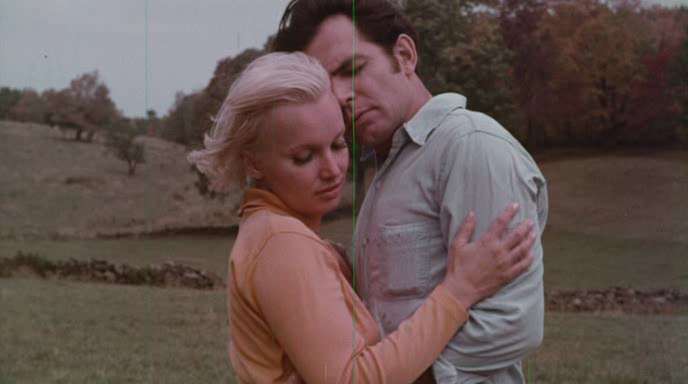 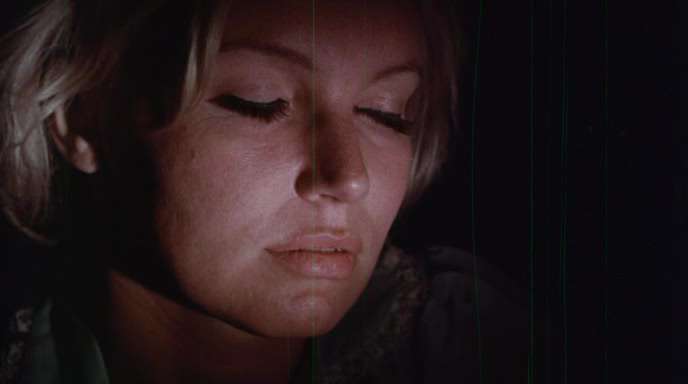 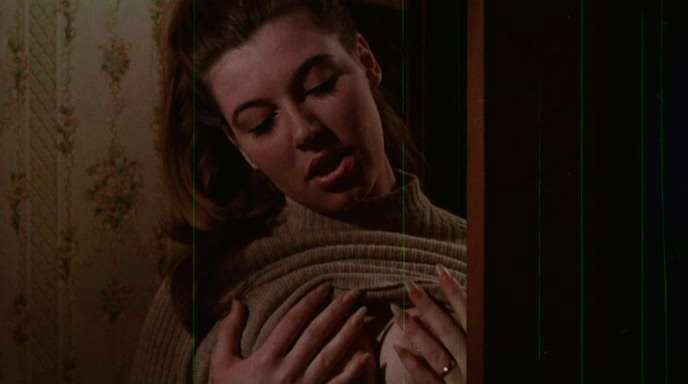 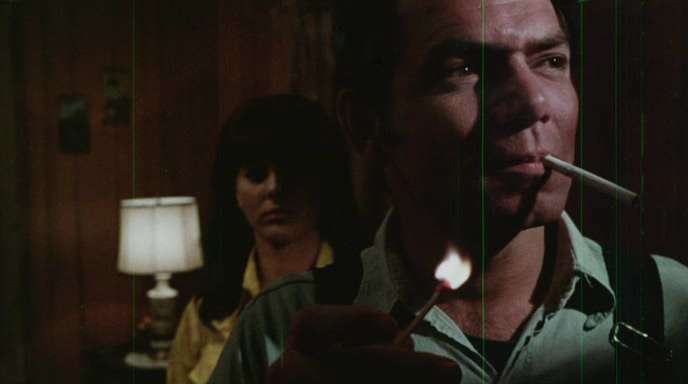 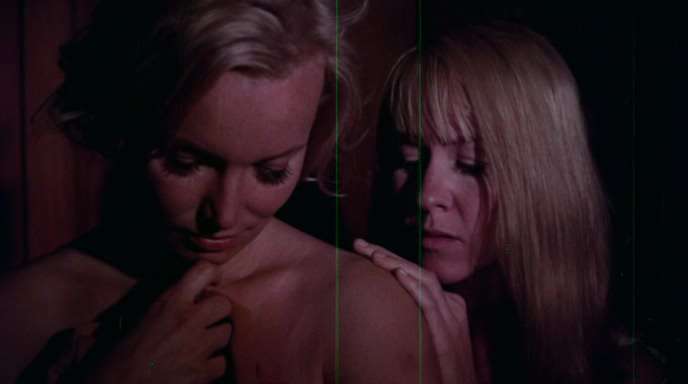