The concluding part of Pier Paolo Pasolini’s “Trilogy Of Life”, following The Decameron and The Canterbury Tales, Arabian Nights corrects many of the mistakes found in the latter, noticeably its ramshackle, uneven approach, and returns to the charming territory of the former. Indeed, the film is as good as The Decameron, if not better, and is generally considered to be the trilogies crowning moment and one of Pasolini’s finest films (critic Tony Rayns recently included it amongst his choices for Sight and Sound’s 2002 Top Ten Critics’ Poll).

The reason for this is perhaps primarily due to the escapism it allows. Pasolini retreats far into the past (much further than the fourteenth century of The Decameron and The Canterbury Tales), leaving behind the complicated milieus of his contemporary (or near contemporary) works such as Accatone! and Salò and producing his least political work of his career. Intriguingly, he still approaches this time with the documentary quality of the other trilogy films, allowing the camera to rest on the landscapes and observe their participants at a distance. Undoubtedly, this fine use of North African locations and the usual Pasolini approach of employing non-professionals aid this immeasurably, but this is no mere retread of ideas and techniques previously employed.

The leisurely pacing, for example, is at odds with the two prior works. The longest of the three, Arabian Nights relaxed air demonstrates how much Pasolini enjoys the escapism the films characters and times allows for. Even the anthology approach is slightly altered, allowing four of the tales adopted from the 1001 Nights to be framed by a fifth, lengthier narrative, rather than the brief interpolations used before, again extending the running. This is not a case of time being wasted, however, the innocence of the performances and the sparse beauty of Ennio Moricone’s score provide a lyricism that makes the film a wonder to delve through, indeed, if its duration had been nearer the three hour mark, it is unlikely that this would have been detrimental.

The very nature of these tales is also important. Eschewing the comic elements that became increasingly apparent throughout the other two films (witness the Chaplin homage in The Canterbury Tales), these are instead replaced by a focus on the more fantastic aspects, thereby maintaining the lightness. Surprisingly for a Pasolini film, Arabian Nights contains a number of special effect shots to narrate its enigmatic stories of shipwrecks, forty thieves and vengeful demons (Pasolini regular Franco Citti with a striking head of bright red hair) among the more familiar paeans to love and sexuality. Whilst the effects work (admittedly of varied success) may make the film appear to be closely related to the Hollywood brand of Arabian Nights tales (various Ray Harryhausens, a number of The Thief of Baghdads), anyone familiar with these more readily available works maybe somewhat shocked. The swashbuckling element is near non-existent (imagine Douglas Fairbanks in 1924 without a sword!) as is anything remotely physical, setting aside sex, of course, but the results are strangely the same. The ebullience found in any number of screen Sinbads can be found in Pasolini himself, and his bemusement that was so intrinsic to the pleasures of The Decameron here becomes almost full-scale love. It’s just as infectious; the images with which one comes away with are not of the beheadings or crucifixions that take place, rather the fact that everyone seems to be almost permanently smiling. 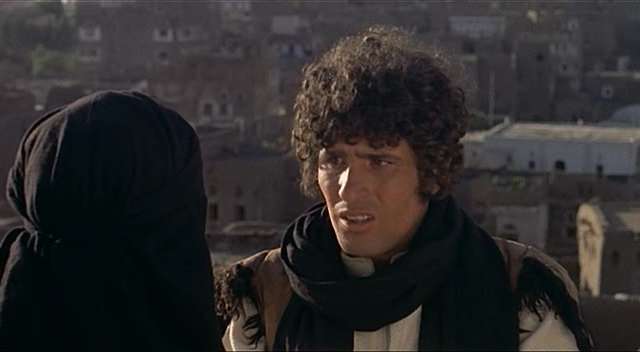 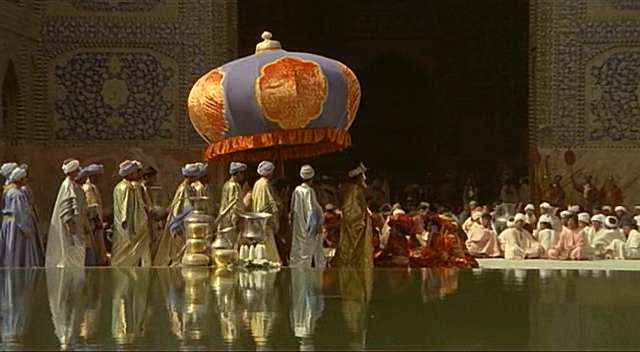 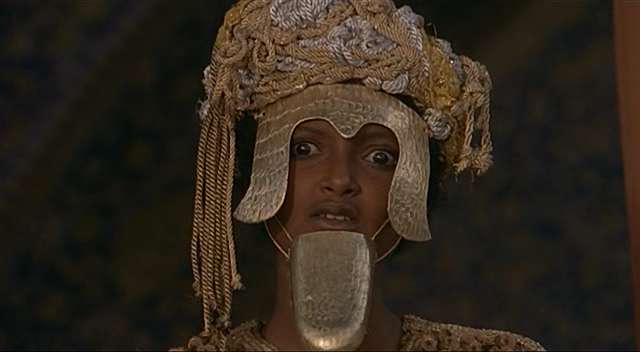 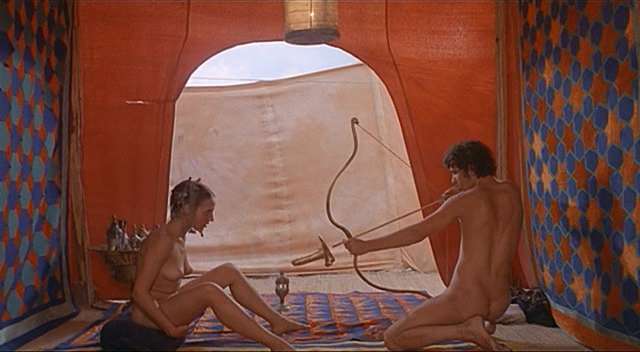