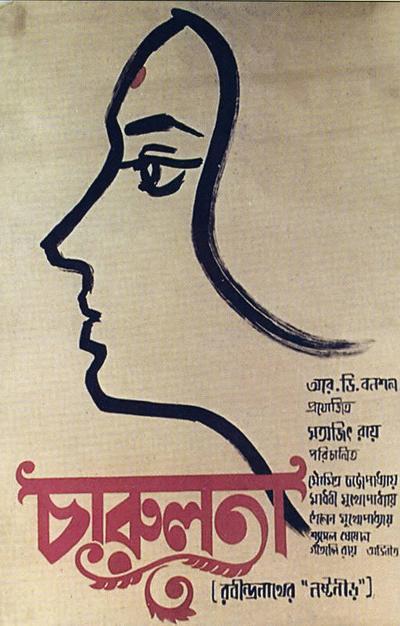 Calcutta 1879. Bhupati Dutta (Sailen Mukherjee), a wealthy intellectual edits and publishes a political weekly in English called ‘The Sentinel.’ His sensitive and beautiful, young wife Charu (Madhabi Mukherjee) spends her time doing needlework and reading Bengali novels. Sensing her loneliness, Bhupati invites her older brother Umapada and his wife Mandakini to live with them. Umapada becomes the manager of the magazine but Mandakini, a rustic and unlettered woman is no companion for Charu. Bhupati’s cousin Amal (Soumitra Chaterjee) arrives to spend his vacation with Bhupati. At Bhupati’s suggestion, the literary minded Amal helps and encourages Charu with her writing. The two get more and more drawn to each other. Bhupati, busy with the magazine as usual, is unaware of this development… 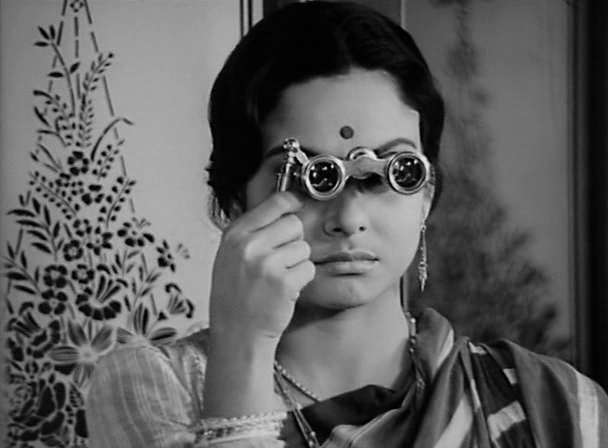 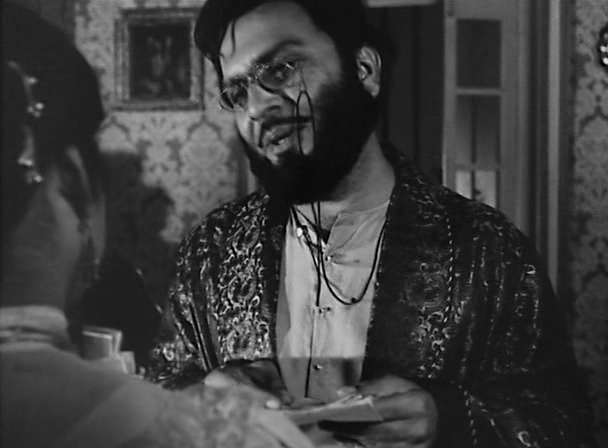 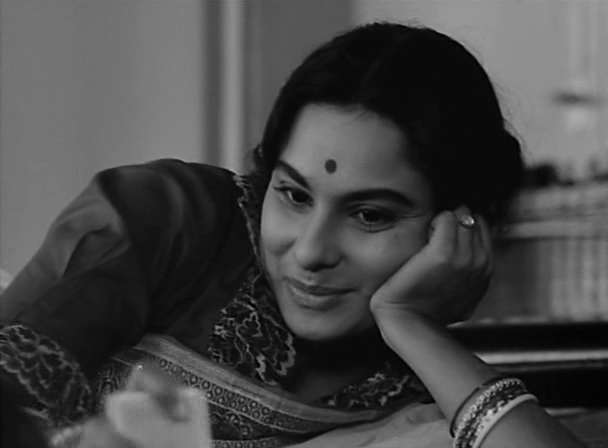 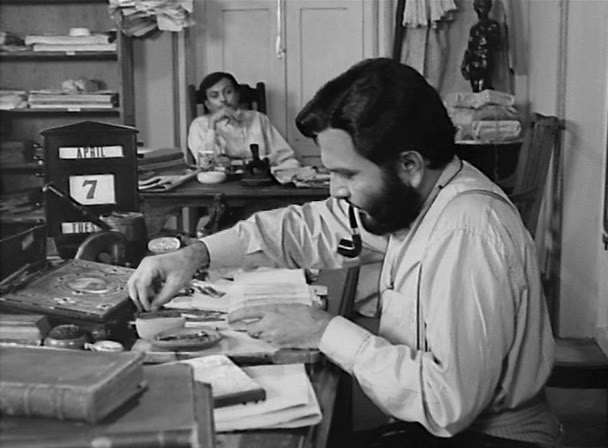 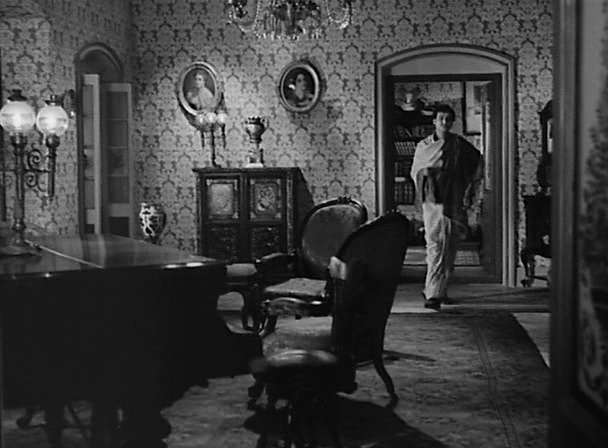 Charulata is without doubt one of the greatest films of Indian Cinema and Satyajit Ray’s most flawless film. The film is crafted beautifully with meticulous detail to period and exquisitely creates the Bengal of the 1870s. Charulata or Charu for short, when she is first shown, appears to belong to that long line of submissive women portrayed by Ray in a number of films, from the Apu trilogy onward. She is trapped by tradition, enclosed within the shuttered rooms of her husband’s house, apparently acquiescent in her role of the compliant wife who wants nothing from life but her husband’s happiness. Ray’s camera lingers on this prison of a house, with its heavy Victorian furniture, its embroidery, its cameos of Queen Victoria… The tranquility of these early scenes is soon revealed to be superficial, as Ray gently hints at Charu’s restlessness… This opening sequence establishing Charu’s boredom and loneliness as she wanders aimlessly in the house has just one line of dialogue in seven minutes but is so beautifully handled that dialogue is never missed.

The subject matter of the film is highly psychological and very personal to the characters. Ray, with his mastery over the form, manages to successfully convey to his audience, all the innermost feelings and even whole thought processes of his characters, with the simplest of styles. He uses no dazzling show of technique, no slick editing, no dramatic hype and surprisingly minimal dialogue.

The centerpiece of the film is the justifiably famous garden-swing sequence. It is in this scene that Charu ‘allows’ herself to fall in love with Amal. It is an eight minute long sequence and for most of its duration, there isn’t a single spoken word. With innovative camera angles and a lucid narrative style, Ray precisely enlightens his audience with Charu’s state of mind. It is one of the best examples of his genius. To quote him,”The beauty of a woman like Charulata is largely the beauty of her mind. What I have tried to bring out is the richness of that mind.”

Since Ray has tried to delve inside his characters it is interesting to note that except for the garden sequence and the holiday the couple go for, the film refers to the outside world only via dialogue with references to the novelist Bankimchandra, to Gladstone, Disraeli and the other dominant political issues of the time. 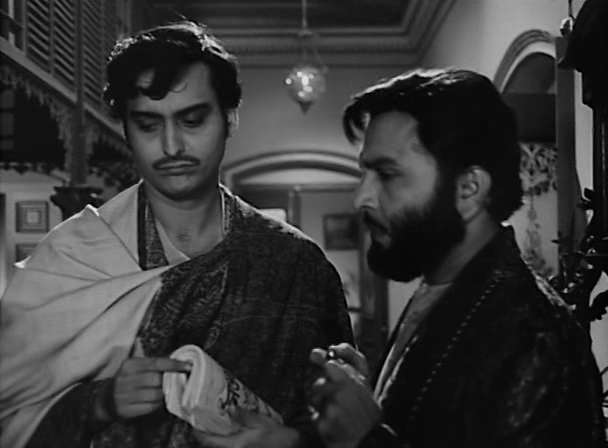 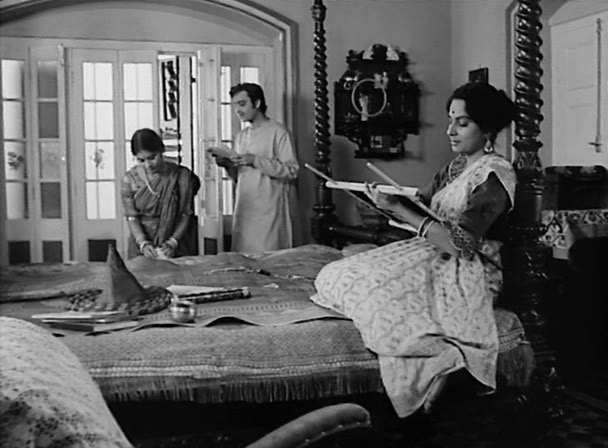 Though the relationship between Amal and Charu is an illicit one according to society norms, what makes it work and strike a chord in the heart of the viewer is their lack of conscious knowledge of what is happening to them and thus this gives them a certain nobility of innocence. Also, what is of important note in the film is that Charu is the only one of the three who has no crisis of conscious. Bhupati feels guilty for not having devoted enough time to her; Amal realizes he was about to betray the trust of his cousin and beats a hasty retreat. Charu alone never turns her back on her passion. In her reconciliation with her husband there is no sense of guilt, only a recognition of reality.

The film boasts of some of Ray’s most cinematic sequences and the music sets the tone of the film with remarkable use of musical motifs. Amal serenades Charu with the famous Tagore song Ami Chini-Go-Chini sung brilliantly by Kishore Kumar. And the film is greatly helped by an absolutely stunning performance by Madhabi Mukherjee in the title role. She lives the role; she is Charulata. Special mention must also be made of Bansi Chandragupta’s Art Direction for its brilliant mimetic recreation of the interiors of late 19th century Bengali upper-class mansions.

Charulata was a triumph for Ray and was both an enormous box-office as well as critical success. Quoting the New York Times dated September 11, 1965,

“As usual, Mr. Ray has composed the picture in the most literal sense of the word and exquisitely. He has made the most of beautiful young Madhabi Mukherjee, who gives a lustrously affecting and almost mind-readable performance as the yearning heroine. In a sense, the very opening shot, Miss Mukherjee’s hands darting a needle into an embroidery hoop, keys all that follows. Arranging every single camera frame to convey nuance, mood or tension, Mr. Ray has photographically embroidered a steady flow of quiet images with precise, striking acuity. One montage when the day-dreaming wife, in a garden swing, rocks to and fro like a pendulum is unforgettable.”

Charulata – A great film by a great director. Need one say more? ~ www.upperstall.com