If there were awards for great titles then Bullet Ballet would surely be up for a gong or two. At once suggesting both violence and elegance, it sounds like the perfect Hong Kong era John Woo film, an all-action but balletic explosion of slow-motion gunplay that became the director’s trademark. But this isn’t John Woo, this is Shinya Tsukamoto, a director whose deeply personal style is a million miles from Woo’s slickly filmed action works. Tsukamoto’s concerns are far more localised, to the city in which he lives, to his neighbourhood, to his own body, and his cinematic style is far edgier and more dangerous. Which is not to knock Woo in any way, but nowadays when Woo is making the vacuous Paycheck, Tsukamoto is making the extraordinary A Snake of June. He is one of those rare directors who has never sold out and never compromised his vision. Tsukamoto is the very personification of a great outsider film-maker.

For a while, a great title is all Bullet Ballet was, at least in the UK. After the cult international success of the Tetsuo films, British distributors all but deserted the director and tracking down his work over the years has proved a task and a half, especially for someone not located near a big city and its independent cinemas. Tokyo Fist eventually made it out on video, a good friend in Japan sent me both Gemini and A Snake of June as birthday presents, but Bullet Ballet proved insanely elusive. As if the title wasn’t mouth-watering enough, I kept hearing the likes of Mark Kermode going on about how great it was, all of which was driving me potty. Finally I tracked down a Chinese non-anamorphic DVD with English subtitles from Fejui and the film proved to be everything I’d hoped. But this disk played odd games with my DVD player/TV combination and was, like Manga’s recent UK release of Tokyo Fist, far from ideal. Which is where, seven years after it was made, Arts Magic step in. Well, sort of.

In some ways Bullet Ballet plays as a companion piece to Tokyo Fist, which immediately preceded it. In both films Tsukamoto himself plays a faceless salaryman (his character here, Goda, is strikingly similar to his Tsuda in Tokyo Fist) whose girlfriend leaves him of her own accord early in the narrative. While in the earlier film she deserts him for a boxer whose vicious physicality she is attracted to, in Bullet Ballet she kills herself with a handgun. In both films the response of Tsukamoto’s character is to embrace the source of the violence in an effort to comprehend and perhaps rectify what has happened – Tsuda takes up boxing to confront the man who has stolen his girl, while Goda goes in search of a the exact same type of handgun that his girlfriend turned on herself to similarly confront his own incomprehension and despair. But chance intervenes in the shape of Chisato, a girl he believes he saved from being hit by a train (we later find out that the danger she appeared to be in was part of a game she and her cohorts play), an encounter that ends in him being beaten senseless by her gang, a scene that mirrors the pounding Tusda takes in Tokyo Fist when he confronts the boxer. Having had no success in tracking down the gun, Goda constructs one of his own and returns to take on his attackers, but the gun misfires and he takes a further beating. Finally he tracks down the weapon and is now furnished with a purpose, and following a further abortive attempt to take on the gang his fate becomes linked with theirs, and most specifically Chisato after she and her friends are targeted for death following a gang war killing of, yes, a boxer. At this point it almost feels as if the narratives of the two films are in co-existence and have briefly interacted.

Pretty much all of Tsukamoto’s favourite themes are present here, the most prominent being the deadening effect of the corporate world and the need to violently break free from it in order to find your real self and feel genuine emotion – as with Tokyo Fist and Marina de Van’s recent Dans ma peau, this is achieved not through love but through physical pain and the destruction of the body. The film also shares with David Lynch’s Blue Velvet a fascination with what lies beneath the surface of everyday society (first triggered metaphorically, as with Tokyo Fist, when the lead character catches sight of a dead animal in an alleyway), here represented by the group of drug-addicted young wannabe gangsters that Goda confronts and eventually sides with. Central to this journey through the Tokyo underworld is the Goda’s relationship with the gun he is desperately trying to buy, a link to his lost love (he tries to understand why she killed herself by recreating the physical conditions of her death), an instrument of revenge for the beating he has taken, a club to physically punish himself with, a bargaining tool used by Chisato to enlist his help, and a prop to restore an abstract notion of manhood that has been drained from the modern male in a society in which they once were warriors. There are a few direct references to Taxi Driver (one of Tsukamoto’s favourite films), but anyone expecting the sort of cathartic bloodbath that climaxed Scorsese’s masterpiece is in for a surprise – a final confrontation does take place and guns are fired, but despite his determination to be something more than he is, Goda is no warrior and almost nothing about this extraordinary scene plays out how movies have led us to expect.

Although it followed Tokyo Fist, stylistically the film represents the most obvious transition from the anarchic sensibilities of Tetsuo to the more formally composed beauty of Gemini, it’s high grain black-and-white, photography, twitchy long-lens camerawork and sometimes ferocious editing (the sequence in which Goda creates, perhaps in his mind, a montage of increasingly destructive gunshots to a metal techno beat is a stunning slice of kinetic cinema) recall the director’s notorious debut, but the subtextual complexity is very much that of a man who has mastered his craft and is exploring new directions in which to take it, while staying true to and expanding on his chosen themes.

Although similarly dark in tone to Tokyo Fist, Bullet Ballet is ultimately a more optimistic film (though Tsukamoto himself regards it as one of his more anxiety-ridden works). The city still exerts a power strong enough to distort image on screen and physical suffering is still seen as an inevitable part of awakening from the corporate daze, but here Tsukamoto offers hope in the shape of the light and space Goda draws strength from before battle and later flees hungrily into, liberated and transformed by his experience. As are we. Bullet Ballet is in every sense typical Tsukamoto – charged, confrontational, rule breaking and at times electrifying, it drags you mercilessly into the darkness before spitting you back out into an uncertain but inexplicably thrilling light.
– Review of BULLET BALLET by Slarek,Dvdoutsider.co.uk 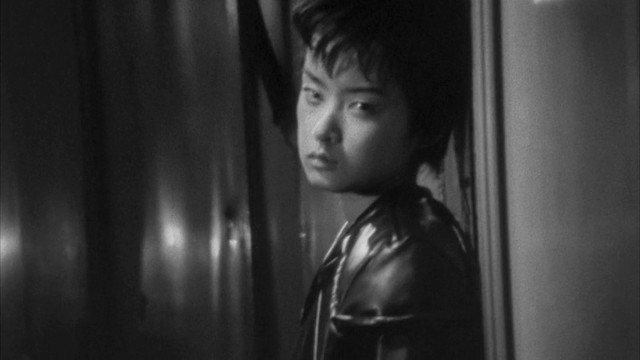 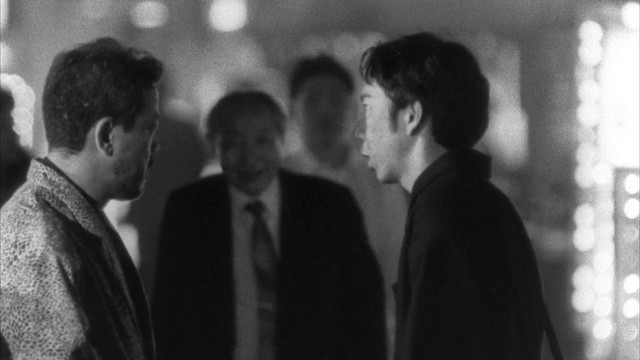 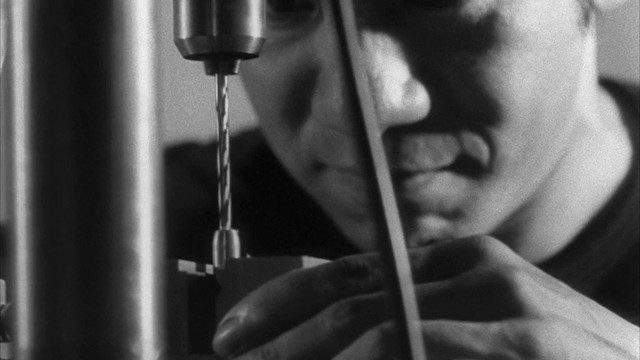 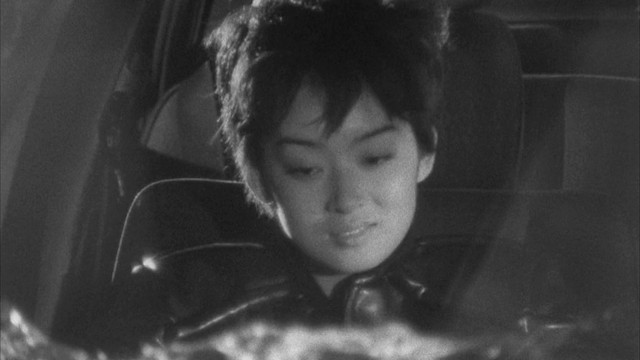