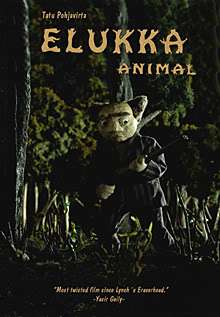 This is some absolutely gorgeous animation. Not all of the shorts on here are top-notch, but nearly all are worth viewing – especially Reflector, a short which is easily worth the entire torrent all by itself. I put this collection up there with Blood Tea and Red String in terms of stop-motion quality, even if this guy appears to me much, much less well known. Some of the other shorts are just kind of weird (Virtavalta, I’m looking at you! Extremely short and literally just like a buff man busting into a house Kool-Aid-Man style) but even that one is charming in it’s own way and I think that a lot of people should watch it!

Quote:
Tatu Pohjavirta worked as a photographer. He lives as animation director in Helsinki.

Tatu Pohjavirta graduated from the Turku Arts Academy ( 1997 – 2001). He has made several animation films, both puppet- and drawn animation. Tatu´s films have been shown in many international festivals. Since 2002 he has been teaching animation. He is member of the European Film academy.

Tatu Pohjavirta´s animation ”Kuvastin” was awarded in Tampere Short Film Festival with the Prix UIP and was nominated for European Film academy price as the best short film. “Kuvastin” was also shown in Nordic Panorama.