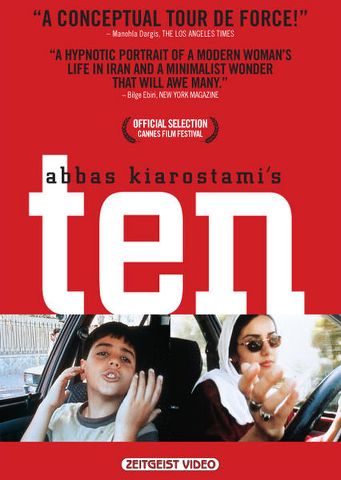 Description: Ten masterly lessons of cinema by Abbas Kiarostami, whose metaphysical work is characterized by his unique poetry and his sense of purity. In addition to the rigor of his frame, the Iranian filmmaker imposes the physical immediacy of his shots, inspired by the magnificence his landscapes and depth of field. His naturalist fictions are spread majestically in the election sets. Besides, nature is the starting point of this documentary, as the auteur lightheartedly enjoys pointing out: “During the debates which followed screenings of Ten, certain movie goers said to me that in my films I had accustomed them to seeing landscapes and nature and that they had still come to see the landscapes and nature. Actually, each film requires its own place. Ten had to be filmed in such a confined space”.

10 on Ten or the time of return, is at the same time about where the film Taste of Cherry was made, and overall, on the “Kiarostami method”. With the pedagogy which characterizes his characters, the filmmaker films himself, using a mini DV camera, at the wheel of his car, following the example of a number of his heroes. The passenger seat, a privileged set, is entirely inhabited by the fluid and luminous word of Kiarostami.

The cineaste provides information about his artistic development and evokes the place of the audience member to whom he confines himself to while he films. The first lessons pay homage to the digital camera, which makes it possible to be freed from the traditional constraints of film production in order to better reinvent the mise en scène. All of Kiarostami’s cinema tend towards the research of truth, the ideal which concerns the non-professional actor’s acting (who can thus escape from “formatting”) as much as the detached situations of the artifice. Kiarostami opposes this cinema of authenticity to the cinema of Hollywood, filled with formulas. The search for truth still passes through language. For Kiarostami, the intellectual, it is unthinkable that his characters speak the same language as him. The original language of the characters sounds beautiful to his ears. On the other hand, the “voice over” in English gets in the way of the audience’s attention, precisely covering the words of the filmmaker which one would have liked to fully enjoy. This process deteriorates listening and forces the redoubling of concentration in order to focus on the intimacy of the dialogue. At the end of the tenth lesson, Kiarostami immobilizes the vehicle, circumventing it to stop the camera. Thus he liberates the field, answering the wishes of the audience members who came to admire his landscapes. We’ve come full circle. But this is without counting on the director’s humor and his inexhaustible desire to capture the real. At the moment he’s about to turn off the monitor, he decides against it and shows an unexpected spectacle: a procession of ants! To conclude that there are a thousand and one treasures destined to those who know how to observe and to listen. 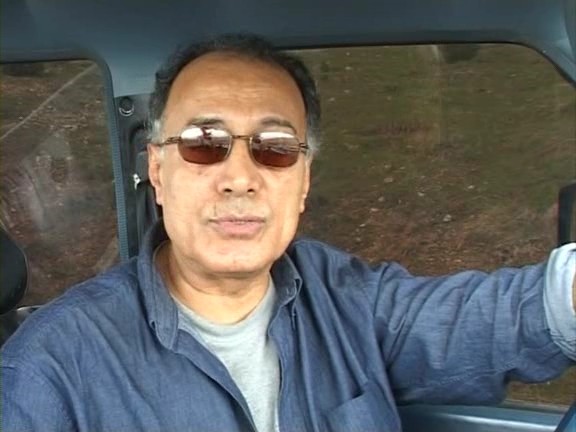 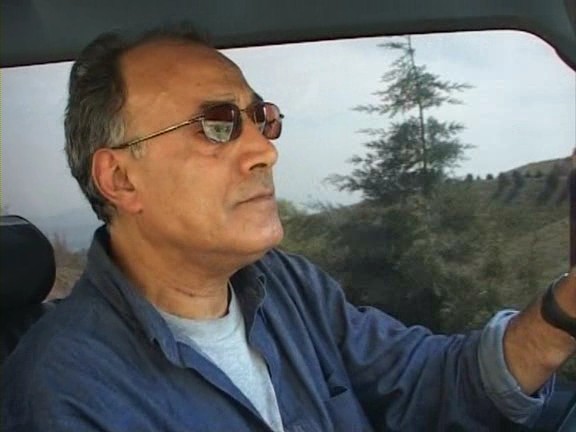