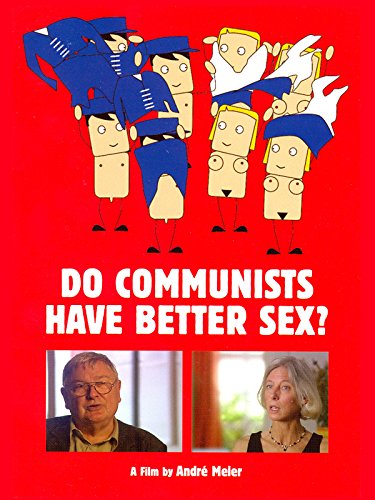 According to this documentary, East Germans have twice as much sex, start much younger, have more partners, are more experimental and are more satisfied then their capitalist counterparts. When the Iron Curtain came down, 40 years of division left its mark in many places – including the beds of the German people. At the end of World War II, the starting point was the same on both sides of the wall. Germans shared the same culture, the same lifestyle, the same morals, but four decades on everything has changed. Why? Was it the lack of church and easy availability of divorce and abortion? Filmmaker André Meier uses archive material such as state education films, locally produced porn magazines and East German home videos to compare both systems based on their dealings with sex. Meier discovers which Germans are cooler, more advanced, less inhibited and less prudish in the bedroom.