+
Cahiers du cinéma needs no introduction. No other french film magazine can claim more glory and renown, although Louis Delluc’s Cinéa published in the early 1920s comes close. Like other great magazines, Filmkritik in Germany springs to mind, its pages were sensitive to the constant shiftings, reversals, rediscoveries, ruptures and reconciliations, personal and political, of a now legendary band of contributors and fellow travellers. From Bazin to Rohmer to Godard to Comolli and Daney, from auteurism to Maoism,, from Eisenstein to Straub to Renoir to Mezoguchi, on the pages of Cahiers the drama of the birth of modern cinephilia played itself out, red in tooth and claw. 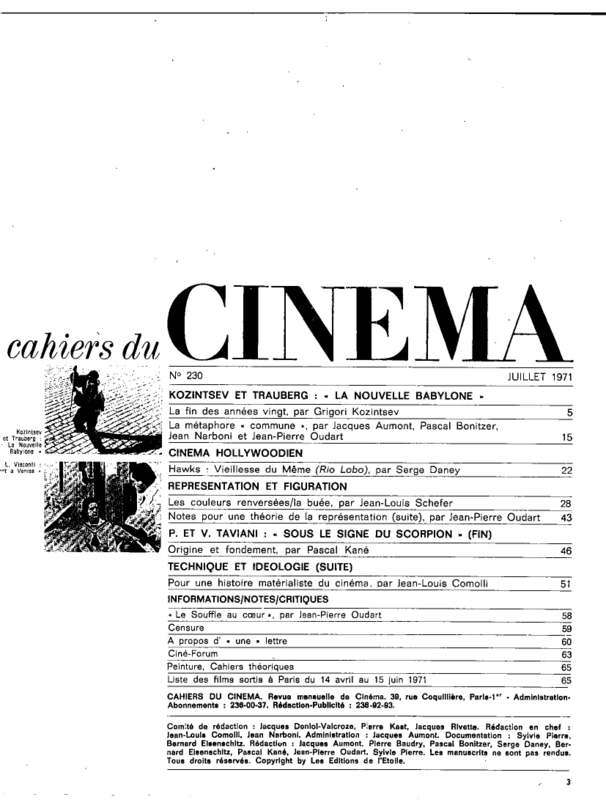 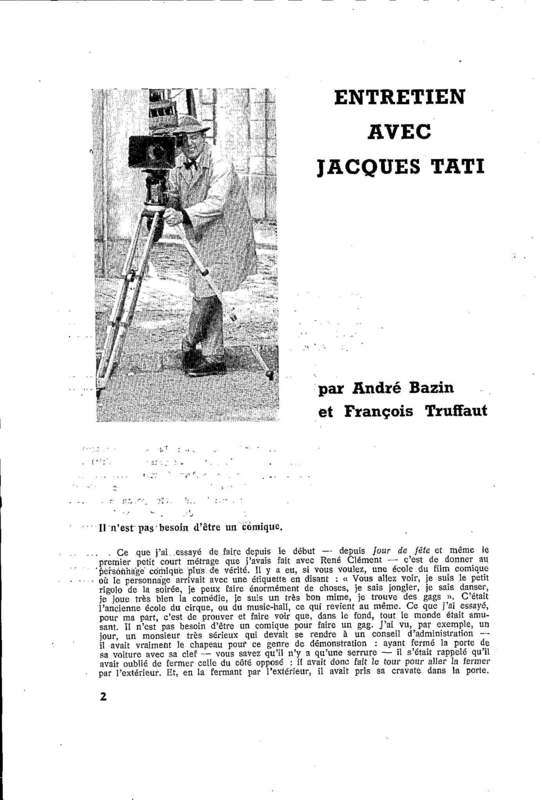 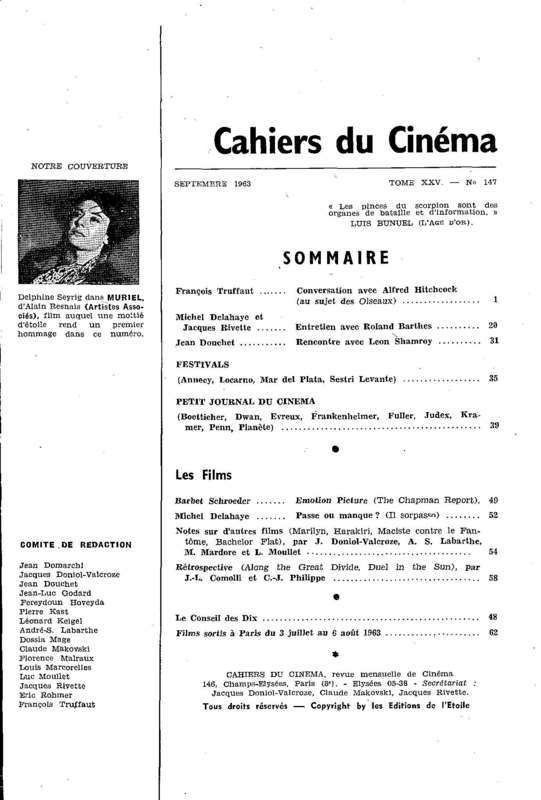 All text in French.
no pass