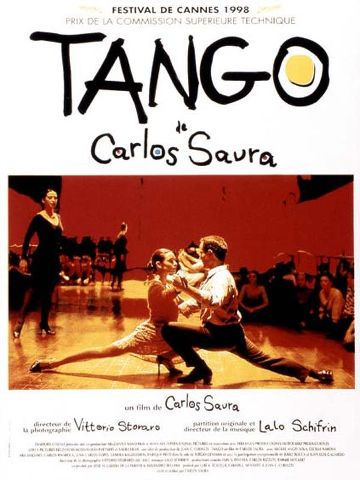 Repression is more or less linked through Mario’s own need to repress his still-broiling feelings for ex-wife Laura Fuentes (Cecilia Narova) who’s a key dancer in his film, as well as emerging feelings for Elena Flores (Mía Maestro), the young dancer he casts at the behest of the production’s biggest financier, a major mafia figure. 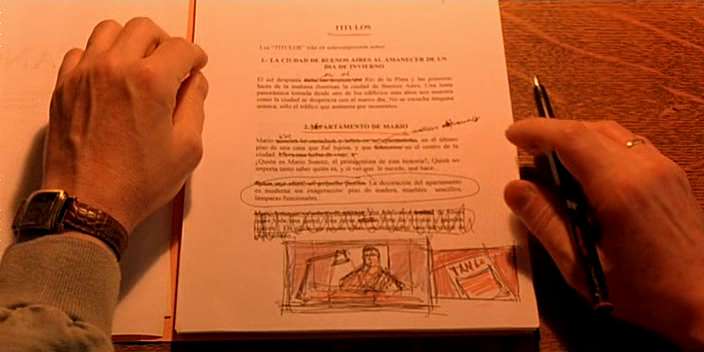 While the synopsis sounds sordid and awfully melodramatic, Saura seems to know a literal dramatization, particularly on location, wouldn’t have worked. A major problem with films about filmmakers (or dancers mounting a production, for that matter) is steering the dramatic angles away from sudsy soap opera; for all the admiration that’s heaped upon Francois Truffaut’s Day for Night / La nuit américaine (1973), it’s still a movie about artists struggling to be artistic while sex, death, and betrayal are underscored with grating emotions.

Granted, he bears a strong love of dance, but Saura’s ode to the tango is as impressionistic as the style director Mario has opted for his film, much to the annoyance of his financiers, who want to know exactly how his epic narrative is supposed to end.

Mario uses a gigantic indoor soundstage where he’s interlocked performance and rehearsal sets in which dancers audition, train, refine, and perform their pieces. During all of this ongoing action, Mario wanders through the menagerie while Saura breaks his own film’s fourth wall by showing us Tango’s camera, as it follows actor Solá playing Mario as he directs his own film’s cast.

The sets are reminiscent of Gene Kelly’s fifties musicals, where the dancer traveled through stylized and minimalist sets, and used dance to evoke his character’s shifting emotions with women, although in Tango, the music is virtually instrumental. (Even an extract from Verdi’s Nabucco near the end features blurry chorals.)

Saura’s emphasis on physical performances is what’s key to the dance sequences, because it’s figures moving through a diversity of panels and colour backdrops, and through his collaboration with renowned cinematographer Vittorio Storaro, that the background panels are sometimes evocative of fifties cartoons and commercial art.

A prime example has dancers moving in front of three large metallic walls drenched in verdant light, and from a distance, it’s as though the human figures are framed by three panels of the kind of stylish neo-abstract commercial art that decorated album covers (particularly jazz LPs). As Saura moves his camera closer, the abstract patterns are revealed to be reflections of the metallic set scaffold – steel tubing, ladders – as well as Mario’s robotic camera rig, poised in the distance like a tree branch.

It’s one of the film’s most clever visual sequences, and it’s counter-pointed by the dancers and Lalo Schifrin’s music. Later sequences involve frosty white screens of differing dimensions and scope, or simple sets that have dancers partially silhouetted – like Elena watching her dancing in a wall-sized mirror, while Storaro’s crimson lighting is specifically designed to allow her body to move between saturated crimson and pools of shapely blackness.

Tango is an art film, but it does provide a stylized impression of the music, as well as the periods of repression and cruelty that affected the country, the latter told primarily through a gorgeous dance piece that sprawls across a large, dramatic set.

Perhaps the most intriguing aspect (and most frustrating to those wanting a linear, formal fiction narrative) is the blurring of perspectives: at times Saura has the dancer/director becoming the subject of the film-within-a-film’s camera lens, as well as Saura’s; and the music score has characters dancing to live and pre-recorded performances, as well as one sequence that shows the staff musicians performing a piece like a jam session extract from Fernando Trueba’s Calle 54 (2000) documentary. 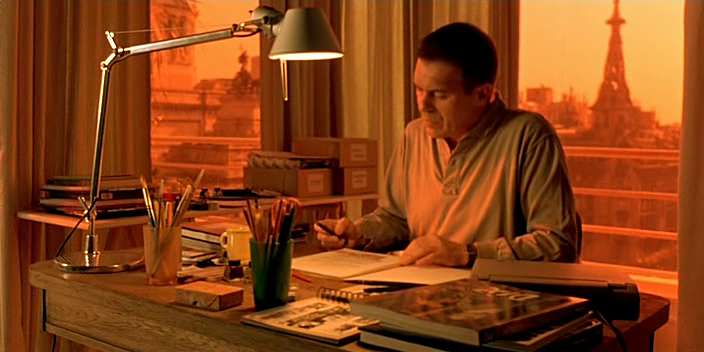 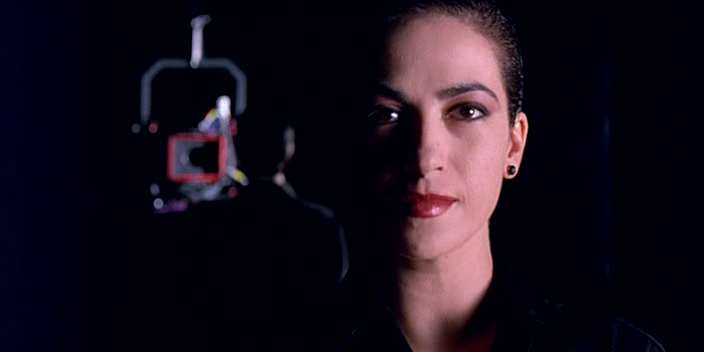 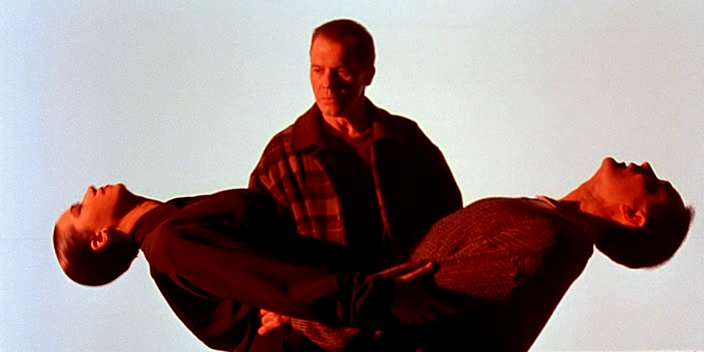 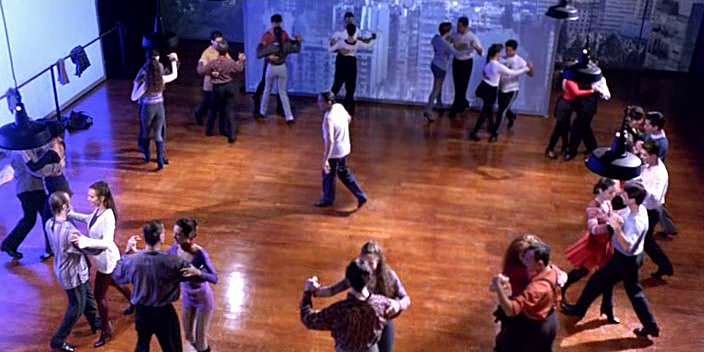 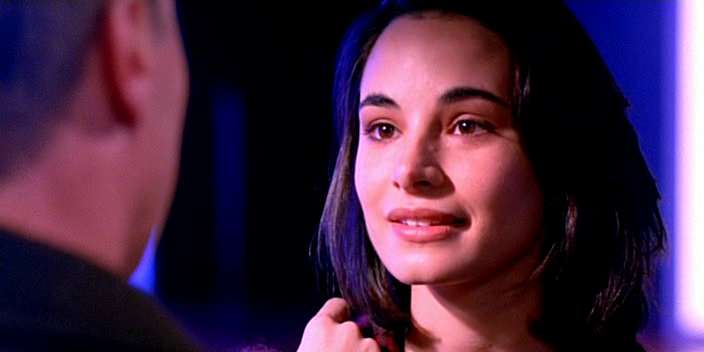 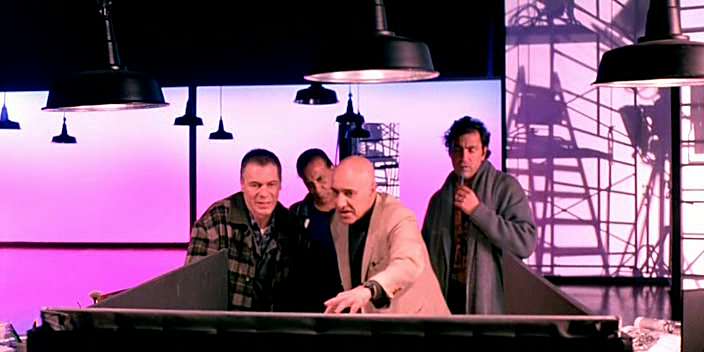 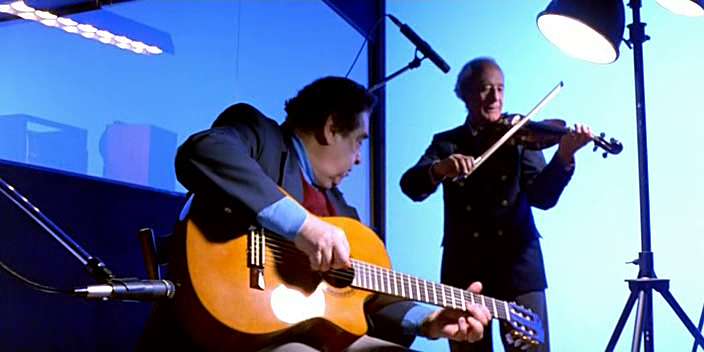 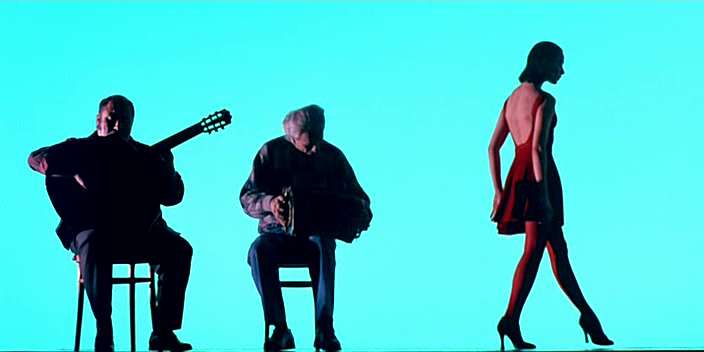 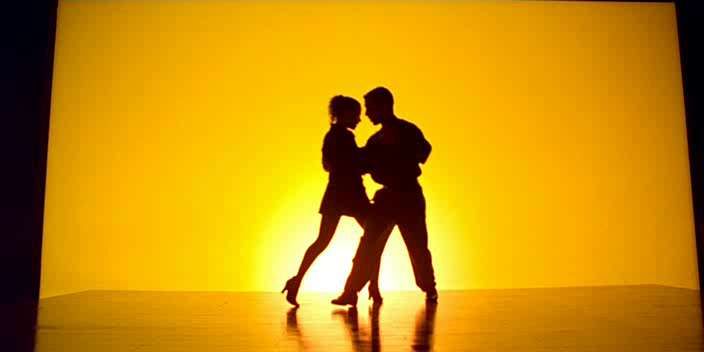 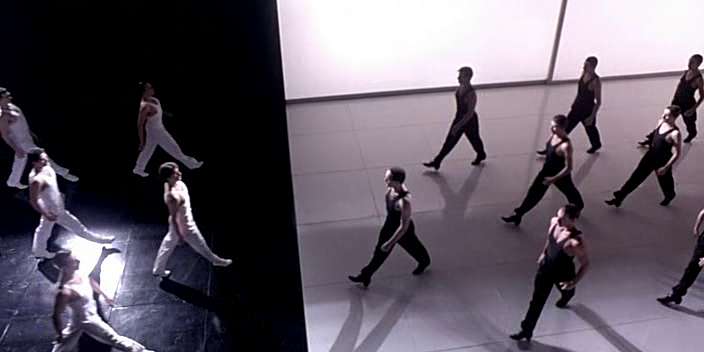