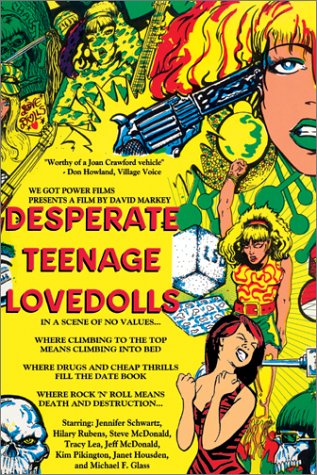 Desperate Teenage Lovedolls was received as an instant cult classic when first released on the Los Angeles punk underground in 1984. Since then, the no budget super 8 film has gained international and aboveground praise. Bunny, Kitty, & Patch (Hilary Rubens, Jennifer Schwartz, & Janet Housden) are three teenage runaways who form the hottest all-girl band of all-time, The Lovedolls. Their meteoric rise to the top from a drug addled street life in Hollywood comes not without a price, thanks to sleazy rock manager, Johnny Tremaine (Steve McDonald). Rival all-girl gang The She Devils and their leader Tanya Hearst (Tracy Lea) have it in for our heroes, as do annoying mothers and psyche ward doctors. The film also features legendary LA Punk musicians Jeff McDonald, Phil Newman, Vicki Peterson, Annette Zilinskas & Dez Cadena. Directed by David Markey, the saga is continued in the 1986 sequel Lovedolls Superstar. 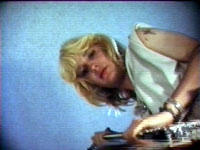 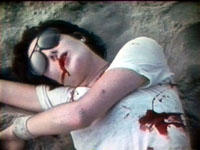 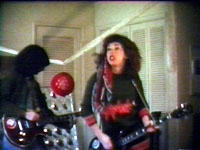 Shot for the cost of film and processing (a couple of hundred bucks?) Desperate Teenage Lovedolls tells the tale of the rise and fall of the Lovedolls (Hilary Rubens, Jennifer Schwartz, Janet Housden) an all girl rock band in LA. The story follows Bunny, Patch and Kitty (Kitty Carry All – Brady Bunch anyone?) as they traipse around LA circa 1984 searching for drugs, stealing instruments and just wreaking all around general havoc. We tag along with the gals as they leave home at such a tender young age (mid teens) trying to make it on their own. In addition to the troubles of attaining superstardom, the gals also have to deal with the She Devils, a rival girl band/gang on the streets of LA.

One afternoon Bunny is taken away by record producer Johnny Tremaine (played by Steve McDonald at an unbelievable age of 15-years old!) with promises of fame and fortune. He delivers on his promises, but only after he has his way with Bunny, against her will of course. The gals experience a quick rise to fame playing alongside such bands as Red Kross and the $500,000 royalty checks start rolling in. Fame doesn’t come without its price though as the gals have to deal with a fatal scuffle with one of the She Devils and an inspired acid trip that enables Johnny to believe he can fly (and we all know what THAT means). Of course all of this happens under a 60-minute running time, shot on cheapo super 8 film complete with an over dub that’s simply to die for!

Lovedolls is everything the anti 80’s flick should be. It’s anti Judy Blume, anti John Hughes, anti Debbie Gibson and anti after school special. This is the film that your parents would have done everything in their power to separate you from, even more so than their fear of your skipping school after seeing Ferris Beuller’s Day Off, this film would have scared your parents shitless. Lovedolls is gritty and cheap and never looks like anything more than a vintage home movie, but that’s part of its charm. Once again we fall into the trap of a group of friends making the film that they wanted to make for themselves and no one else (god knows I’m a sucker for this sort of thing). Not to mention the fact that the film features a great punk rock soundtrack including quite a few tracks from the aforementioned Red Kross (band members also make appearances in the film) one of my personal faves along with Darkside, White Flag and Sin34.

Lovedolls is so jaw droppingly outrageous, it really does beg to be seen at least once by those of us who are still trapped in the 80’s and also have a high appreciation for the anti-80’s and vintage weirdness, with dialogue like “Thanks for killing my mom.” “Hey, No prob!” and “Listen bitch, fame has its price” (which comes before the bizarre rape sequence I mentioned earlier). Of course my all time favorite would have to be “I went to Johnny’s apartment to sign the papers and he raped me!” to which the reply is “Oh, don’t worry, we’ll make it to the top and we’ll show ’em that we’re no tramps!” – Outrageous!

Quality wise, the flick looks exactly as I stated earlier – like a vintage home movie. I doubt we could expect any more from a flick that used 10-dollar rolls of Super 8 films processed at the local drug store. It’s still all around great stuff and is perfectly watchable. The dubbed audio ranges throughout, but quite often the stereo track is clear with the films music tracks truly rockin’. 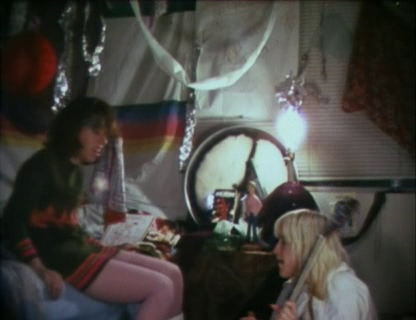 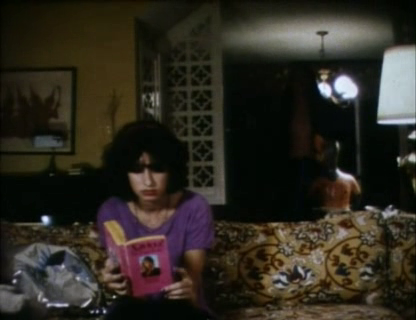 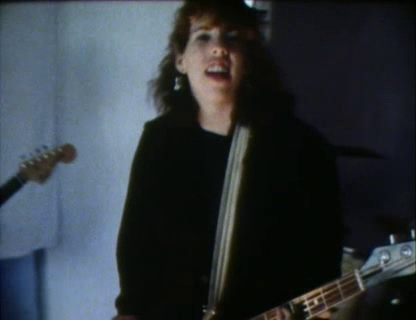 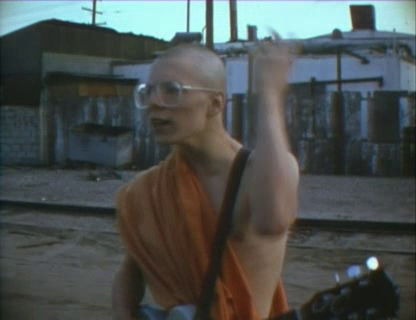