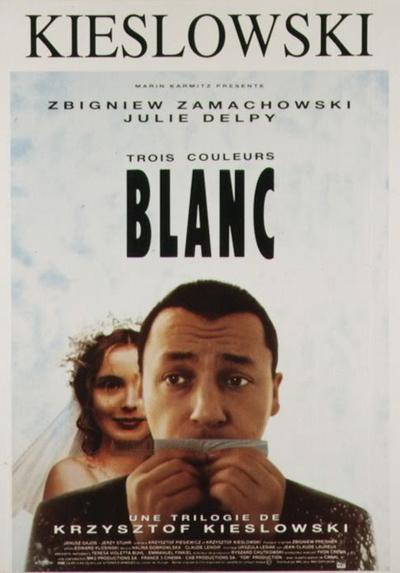 Synopsis
The second feature in filmmaker Krzysztof Kieslowski’s “Three Colors” trilogy, the black comedy White features Zbigniew Zamachowski as Karol Karol, an expatriate Polish hairdresser whose French wife (the breathtaking Julie Delpy) divorces him after just six months of marriage because of his impotency. Penniless and devoid of his passport, Karol must journey back to Poland by hiding in a trunk. Upon his return, he slowly begins amassing a considerable fortune, ultimately hatching a perverse plot for revenge. Often unjustly dismissed as the weak link in the trilogy, White grows in strength upon repeated viewings. An allegory about equality, the film is mordantly witty, a cynical look at power, marriage and capitalism.

Review
‘Blue’ and ‘White’ as Different as Day and Night
Anyone who has seen the austere, pretentious “Blue,” the first film in Krzysztof Kieslowski’s “Three Colors” trilogy, will scarcely believe that the witty, deadpan “White” was made by the same man. How could the creator of “Blue,” the story of a woman who grieves by moping around Paris in a chichi haircut, possibly have followed it with such a rich, light-handed marvel? Here Mr. Kieslowski takes Karol, an apparently hapless hero, and ships him from Paris home to Poland hidden in a suitcase, only to have the suitcase missing from the baggage claim on the other side. How can Karol’s helpful accomplice explain to the airline that the lost luggage held 165 pounds worth of clothes?
Mr. Kieslowski is always uncompromising, leaving it to his viewers to follow him or not, sometimes in wildly wrong directions. Though “Blue” was widely praised by some critics when it opened last year, its minimalist manner and laughably serious tone played like a parody of a film by a Major European Director. “White,” which opens today at the Lincoln Plaza Cinema, is laughable on purpose. When Mr. Kieslowski is at his best, as he is here and in earlier films like “The Double Life of Veronique,” he simply is a major director without making a fuss about it.
“White” begins in Paris, where Karol (Zbigniew Zamachowski), a hairdresser from Poland, is being divorced by his French wife, Dominique (Julie Delpy). She tells the judge that their marriage was never consummated, which Karol admits to be true. They had a terrific sex life before they were married, but he has been unaccountably impotent since their wedding day. Here is the essence of Karol’s life: he is always making the right moves at the wrong time and vice versa. Even after the divorce, when Karol sneaks into his hairdressing shop and Dominique takes one last fling at sex with him, he can only look forlorn and say meekly in French, “Pardon,” when he fails again.
Mr. Kieslowski has said that Karol (Charlie in Polish) is a tribute to Chaplin, which is obvious enough. Mr. Zamachowski’s small stature and a gaze that looks baffled but often turns out to be smart adds to the picture. But Karol also echoes Beckett’s heroes, bringing ingenuity and composed acceptance to the absurd conditions of his life.
Tossed out by Dominique, without money or a passport, Karol takes his suitcase and sits in it while playing a Polish song on a comb in the Metro. There he meets a fellow Pole who offers to help him home.
The suitcase and Karol make it back, though not how or where he expected. One of the finest moments in “White” takes place when Karol realizes his escape has worked. By then he is in a snowy field in Poland. His face is bloody, his nose is runny. He looks out at a nearby dump covered by scavenger birds and calls out, “Home at last!”
He has, in fact, landed quite near his old home and the old hairdressing shop his brother has kept going under a gaudy new sign.
“You bought a neon sign,” he says.
“This is Europe now,” his brother answers, sounding the note of cultural floundering and readjustment that runs subtly through the film. As Karol discovers, this new Euro-Poland is a place where anything can be bought, including, eventually, a corpse. Within a year he changes from a hairdresser to a shady entrepreneur with slicked-back hair and a cashmere coat. Still pining for Dominique, he ruthlessly concocts a plot to lure her to Poland, and his successful dream becomes a nightmare with bitter and tender results.
“White” is in no way a sequel to “Blue.” The films are connected only by a glimpse of some of the characters’ crossed paths. Dominique is seen sitting in the courtroom in the earlier film, and Juliette Binoche, the heroine of “Blue,” sticks her head in the courtroom door in “White” only to be shooed out.
The trilogy is just as loosely pegged to the symbolic colors of the French flag, with blue meaning freedom, white equality and red fraternity. The terms are so broad they might encompass anything. Though “White” toys with the idea of political equality, its generous themes of love and friendship make it seem that this should be the film about fraternity. Officially that theme will be covered in “Red,” the lavishly praised finale, which unexpectedly failed to win any prizes at the Cannes International Film Festival last month. (“Red” is scheduled to open in the United States in December.)
“White” even looks more subtle than its predecessor, which was overwhelmed by blue shadows. Here the misty beauty of Paris and the snowy Polish countryside are effective but not blinding. Throughout, “White” is filled with exquisite scenes that don’t press too hard — when Karol saves a suicidal friend by offering him a second chance to live — and those moments are all the richer for their understatement. “White” manages to make “Blue” look better in retrospect, too. Though Mr. Kieslowski is sometimes wrong-headed, “White” makes it clear that his ambitious trilogy is worth following.
by Caryn James, New York Times, June 10, 1994 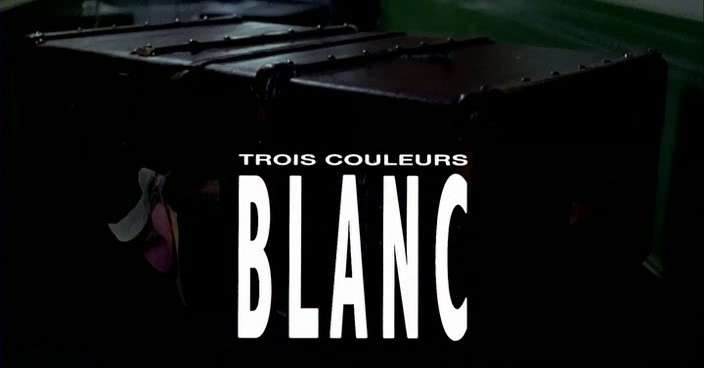 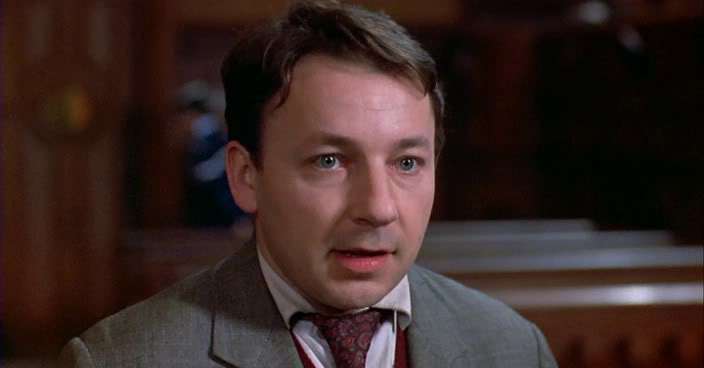 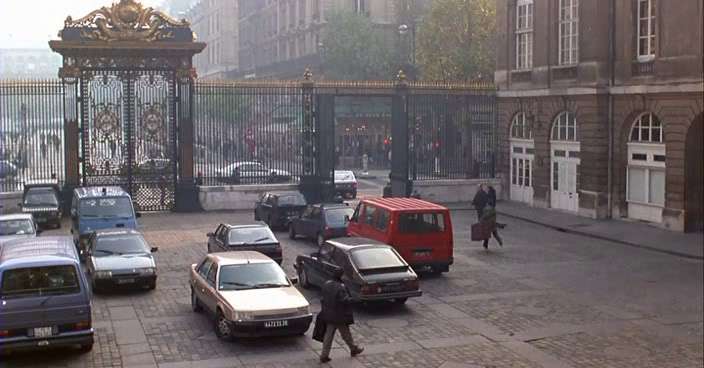 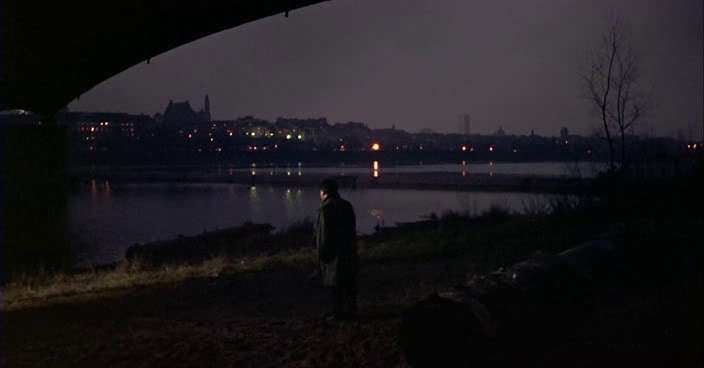