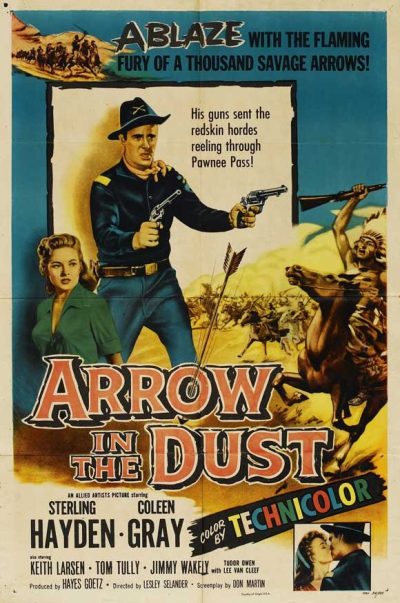 After deserting his command, cavalry trooper Bart Laish comes upon the remnants of a wagon train bound for Oregon and discovers that its inhabitants have been massacred by Indians. The only survivor is Major Andy Pepperis, a distant cousin of Laish’s who served with him at West Point. With his dying breath, Pepperis appeals to Laish’s sense of honor and decency and begs him to find the main train up ahead and lead it to safety at Fort Laramie. Having fled the rigors of army life, Laish remains ambivalent to Pepperis’ pleas until he reaches Fort Taylor and finds the men annihilated, the victims of another Indian raid.Finally acceeding to the major’s dying wishes, Laish dons the dead man’s uniform and catches up to the wagon train. Finding the settlers wounded and the troops decimated, Laish identifies himself as Major Pepperis and assumes command from Lt. Steve King. When Lt. King reports that the wagons have been beseiged by continual Indian raids, Laish decides to cross the mountain pass that night. Laish’s command is challenged by Crowshaw, the frontier scout who had previously met Pepperis. When Laish explains that he is carrying out the major’s final orders, the two men form an uneasy alliance. Crowshaw then warns Laish about Tillotson, the belligerent owner of the huge trade wagon. As the wagons charge through the pass, they are fired upon by Apaches, causing Crowshaw to wonder why Apache Chief Rasakura has singled out their train for attack. After the Indians are driven off, Christella Burke, one of the wagon owners, insists upon stopping to bury the dead. The train resumes its journey, and Laish and the other troopers are forced to fend off another Indian onslaught, during which Laish is wounded. As Christella tends to Laish’s injuries, she apologizes for her earlier defiance. Soon after, two arrows are shot into the camp, symbolizing the banding together of the Apache and Pawnee tribes. Later, when Christella overhears Crowshaw and Laish discussing his true identity, Laish confesses that he is a deserter, but confides that he feels obligated to carry out Pepperis’ dying wish. Resentful of Laish’s authority, Tillotson’s crew boss challenges him, causing Laish to shoot him. Laish then orders Tillotson to leave his cache of liquor behind as bait for the Indians. Laish’s ploy works, and as the Indians wallow drunkenly, the wagons continue on in peace. As they near the hill country, Laish informs Crowshaw that he plans to head for Santa Fe, New Mexico, and Crowshaw vehemently denounces him for forsaking his responsibilities. Poised for attack in the hills, the Indians charge the wagons, and Laish sends Lt. King to Fort Laramie for reinforcements. Laish decides to lead the wagons onto the ridge for protection, and Christella, having come to admire Laish’s courage, kisses him. That night, as the wagons climb onto the ridge, Laish instructs his men to collect rocks and brush. As the Indians converge on the plain, Laish sets fire to the brush and sends the burning embers spilling onto the Indians below. About to run out of wood, Laish orders that Tillotson’s giant wagon be sacrificed for fuel. When Crowshaw approaches the wagon, Tillotson attacks him and Crowshaw slays him with his knife. Upon discovering that the wagon is loaded with guns and ammunition, Crowshaw and Laish realize that the Indians have been following them for the weapons, and they catapult the wagon over the ridge. With the guns’ destruction, the Indians retreat. Finally safe, the wagons head for the fort and are met by Lt. King and a troop of reinforcements. Although he knows that he will be arrested for desertion, Laish elects to remain with the wagons. As he reaches the train, Lt. King greets Laish, and after promising to vouch for his loyalty and integrity, asks him to lead the wagons to the fort. – Spoiler 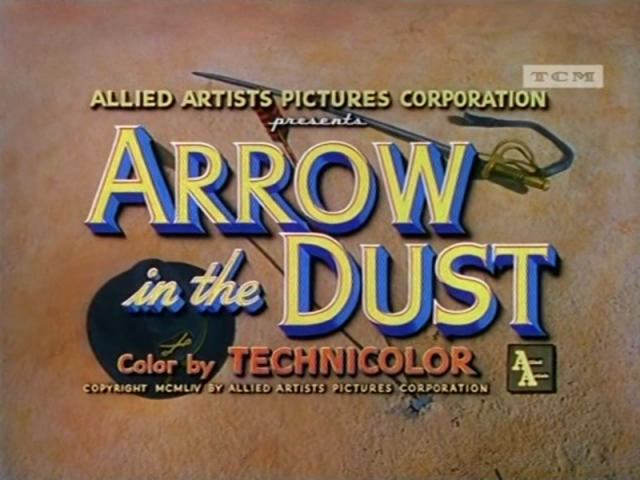 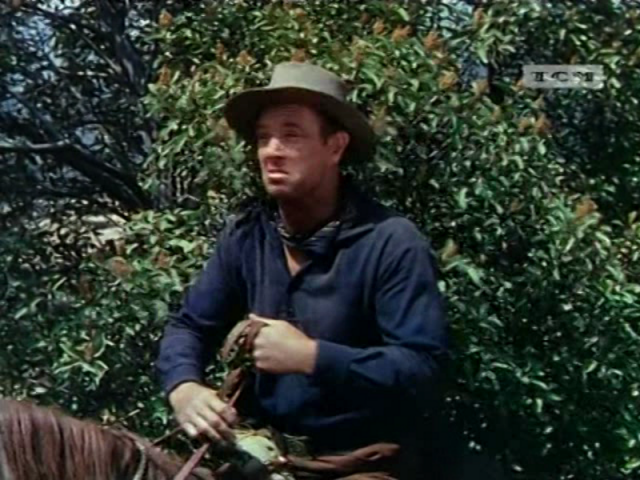 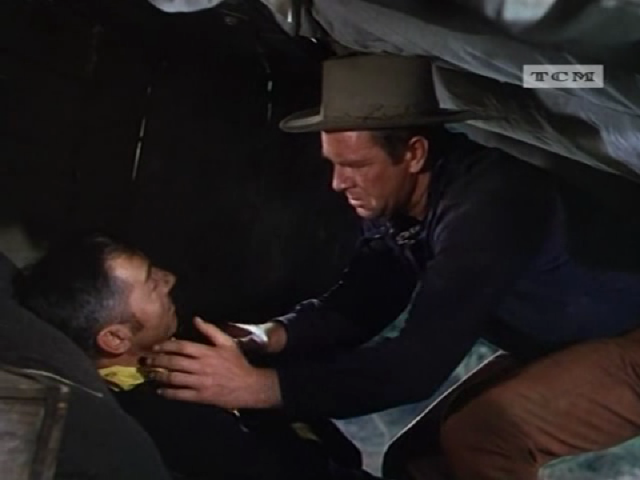 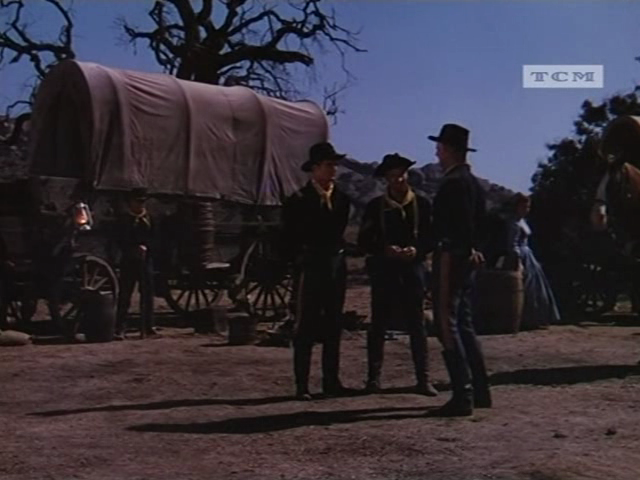