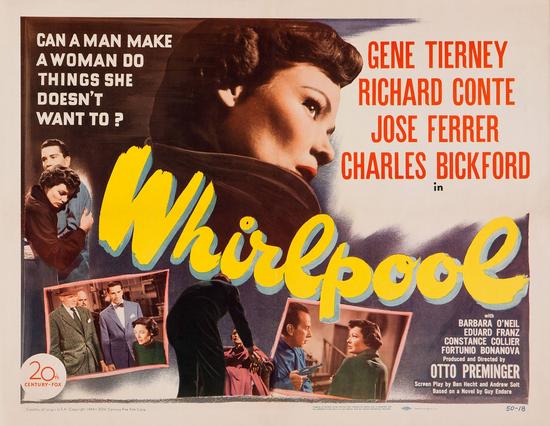 Quote:
The luminous Gene Tierney, who starred in director Preminger’s breakout film LAURA, appears here as Ann Sutton, the kleptomaniac wife of a distant but loving psychoanalyst, (Richard Conte). When she is caught shoplifting, suave hypnotist David Korvo (José Ferrer) comes to her aid, but soon Ann finds herself enmeshed in far more dangerous crimes. Implicated in a plot that involves blackmail and murder, Ann is uncertain of her own innocence, but her husband is convinced that the hypnotist is behind the crimes. Loosely adapted from Guy Endore’s novel METHINKS THE LADY…, the script was penned by noted screenwriter Ben Hecht under a pseudonym during the Red Scare. Preminger, who was one of Hollywood’s top directors of the 1950s, combines characteristics of the noir film with the melodrama. He creates an incisive look at the very human flaws of its wealthy characters, as well as the manipulative charlatan who preys upon them; at the center of the story is the trouble afflicting an apparently happy upper-class marriage.
(review in yahoo movies)

In this compelling and unusual psychological melodrama Ann Sutton (Gene Tierney), a woman tormented by her secret kleptomania seeks help from a unscrupulous hypnotist David Korvo (Jose Ferrer). Although she is married to a successful psychiatrist Richard (Robert Conte), and has no need to steal the items which she could easily purchase, she finds herself powerless to control her urge. She is finally caught when she attempts to steal a brooch from a department store but she is saved by Korvo who persuades the store not to prosecute. Grateful and desperate for help, Ann allows Korvo to treat her. Korvo, taking advantage of Ann’s vulnerability, hypnotizes her and sends her to the home of a former mistress whom he has stolen money from and subsequently murdered when she threatened to turn him in to the police. Ann is charged with the murder. Convinced of his wife’s innocence, Richard must crack Korvo’s seeming airtight alibi. Richard tricks Korvo into returning to the scene of the crime to find some evidence in the exciting conclusion. This unusual tale of murder and mental illness was written by a blacklisted Ben Hecht under the pseudonym “Lester Barstow” and bears a striking resemblance to another Hecht thriller, Alfred Hitchcock’s Spellbound. ~ Linda Rasmussen, All Movie Guide

Despite the involvement of director Otto Preminger and co-writer Ben Hecht, “Whirlpool” can’t help but come off as a sporadically trashy, thoroughly absurd murder mystery. Gene Tierney stars as Ann Sutton, a wealthy socialite who – in the film’s opening moments – is caught stealing a pendant she could easily afford. Thanks to the efforts of a charming doctor named David Korvo (Jose Ferrer), the store’s owner is convinced not to press charged. As it turns out, Korvo’s got his own reasons for wanting Ann to go free and essentially blackmails the woman into accepting an aggressive round of hypnotherapy. Tierney and Ferrer are exceedingly convincing in their respective roles (particularly Ferrer, who steps into the shoes of this sinister hypnotist with apparent ease), while Preminger effectively infuses the film with random bursts of style. And though the movie becomes incredibly ridiculous as it progresses (there’s a twist towards the end that’s just about laughable), Hecht – along with Andrew Solt – does a nice job of imbuing Whirlpool with snappy dialogue and a relatively quick pace. But the whole thing is far too silly to ever be taken seriously, though it does seem as though that might’ve been the point. 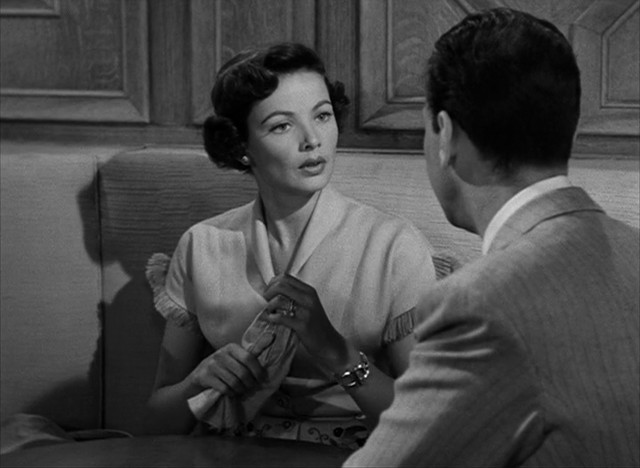 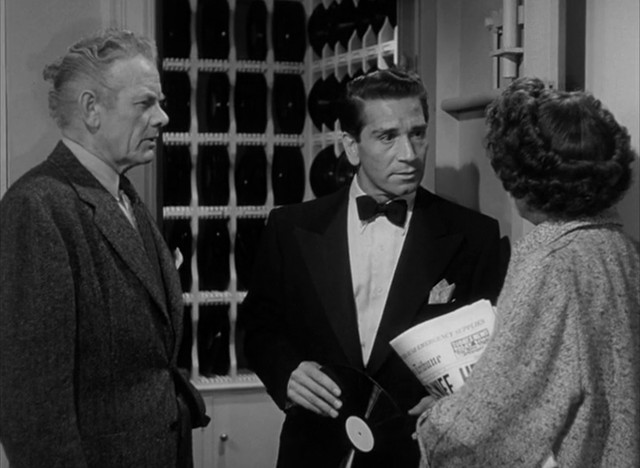 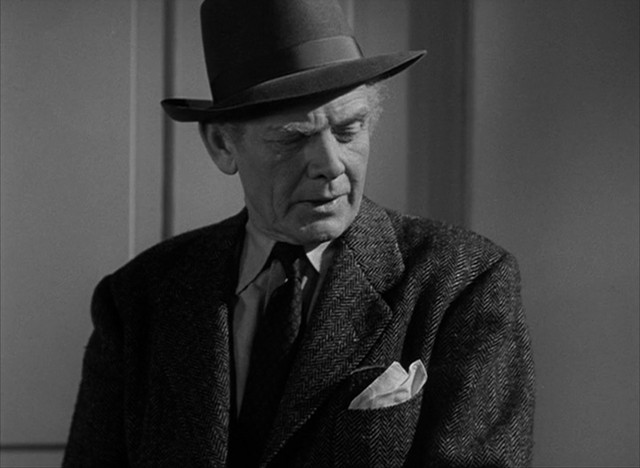 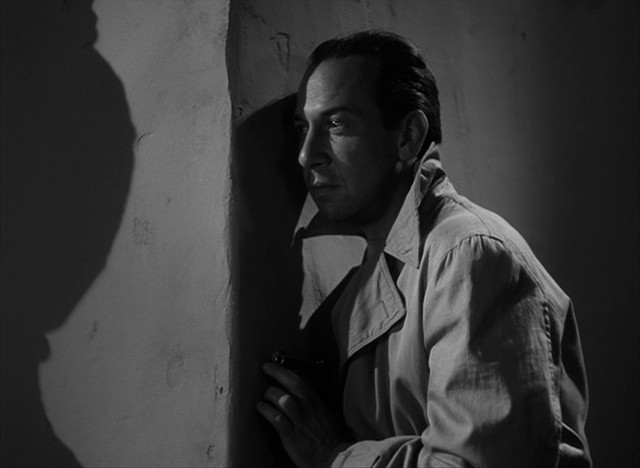