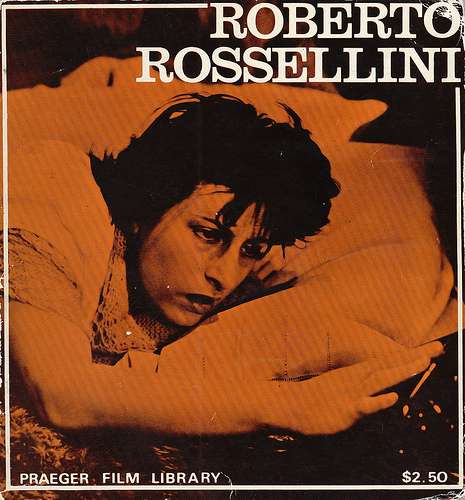 Two related vignettes which deliberate on the nature of human love and emotional attachment, both starring Magnani in the key role. In ‘The Miracle,’ a suggestible, innocent young mother-to-be deeply believes that her child was divinely conceived. A woman adjusts to her newfound solitude after her lover leaves in ‘The Human Voice,’ based on the one-act play by Jean Cocteau. The film is an homage to the great Anna Magnani, Roberto Rossellini’s two-part film features the Italian actress in Cocteau’s one-act play “The Human Voice,” in which she speaks to an unseen lover on the phone, and the controversial “The Miracle,” which casts her as a peasant who believes she has given birth to the new Messiah.
— www.virtualitalia.com 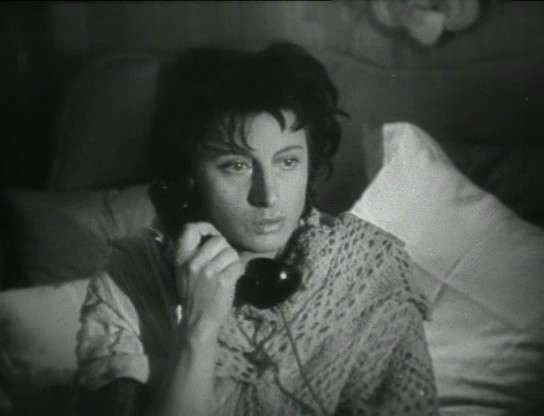 Two short works, one by Jean Cocteau and the other suggested by Federico Fellini, have been adapted to the screen by Robert Rossellini. The stories — The Human Voice [32 minutes.] and The Miracle [45 minutes] — are atypical of the neo-realist material usually done by the director. Anna Magnini plays the role of a woman abandoned by her lover for a wealthier woman in Una Voce Humane. In The Miracle she is a simple peasant woman named Nanni who is seduced by a stranger she thinks is a re-incarnation of St. Joseph. Notes: La Voix Humaine was adapted by Rossellini from Cocteau’s one-act play of the same name. Photography by Robert Juillard. Music by Renzo Rossellini. The Miracle is a screenplay by Rossellini and Tullio Pinelli from a story by Federico Fellini. Photographed by Aldo Tonti. Music by Renzo Rossellini. A footnote: The Miracle is the film that resulted in a Supreme Court decision testing the protection of films under the First Amendment.
— unc.edu 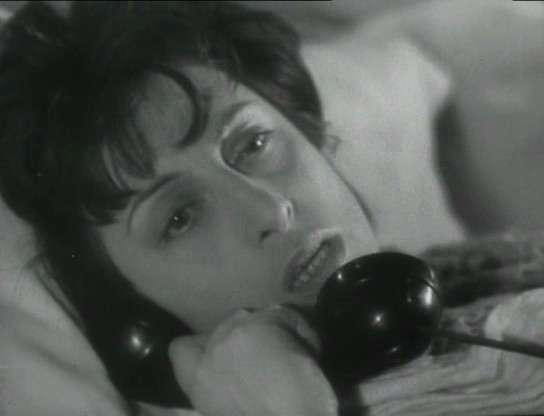 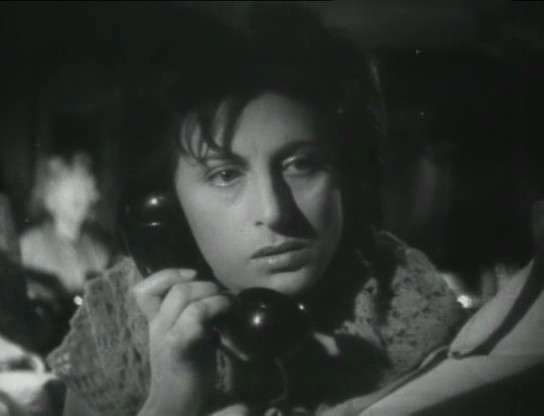 Rossellini’s two-part showcase for Magnani’s operatic excess. In The Miracle, she plays a retarded goatherd who confuses her seducer with St Joseph and her illegitimate child with a new Messiah; in The Human Voice (based on Cocteau’s play), a middle-aged bourgeoise abandoned by her lover and clinging to the telephone as if to a lifebuoy. Basically, the first is claptrap, the second reeks of greasepaint, but the demented virtuosity of their interpreter carries all before it.
— Time Out Film Guide 13 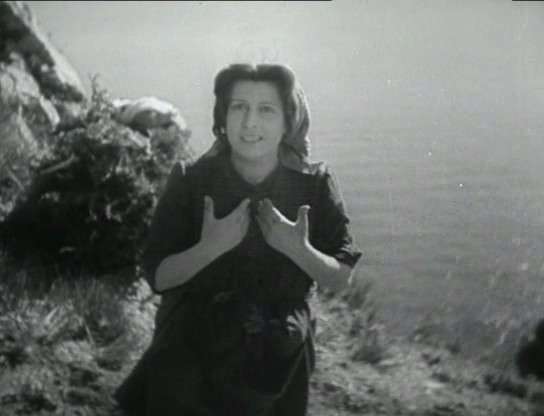 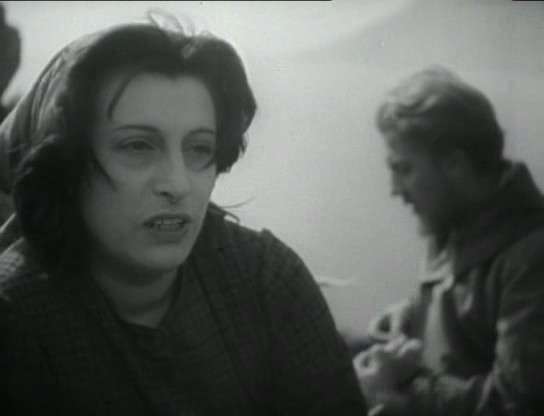 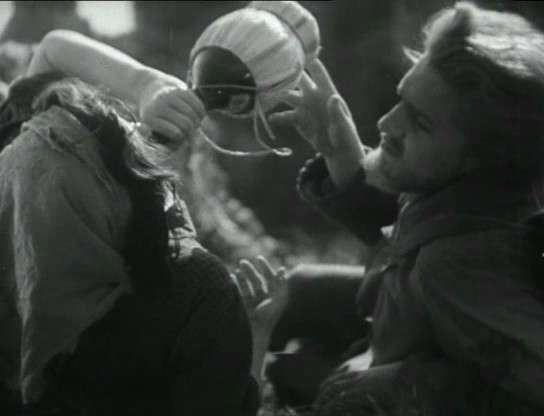 A bifurcated love letter to Anna Magnani, split into theatrical (Cocteau) and popular (Fellini) halves, all done in Roberto Rossellini’s handwriting. The first movement finds the diva already aquiver with passion, all but pouring herself into a phone receiver as the lover on the other side of the line grows disinterested, a tower gradually quaking into pebbles. A translation of Cocteau’s slim monologue, but first and foremost another Rossellinian reconfiguration of Italian cinema, with the patented prop of telefoni-bianchi drama kept center as the orderliness of the genre is pried open by postwar messiness — the emotional trajectory is faithfully traced, though Una Voce Umana from the start becomes Una Faccia Umana, scooping every shift in a woman’s soul by exalting the surging tides and waves of Magnani’s visage in close-up. The segment contemplates the mutually transformative liaison between performer and camera, while Magnani floods the hermetic set until the walls tumble away; critics deemed it unworthy of neorealism, Bergman, Warhol, Almodóvar took notes. Il Miracolo was scarcely better understood, a profound proclamation of faith condemned by the church, as Hail Mary or The Last Temptation of Christ later. Fellini’s peasant anecdote ventures outdoors, but it’s no less of a one-woman show for Magnani, a shepherdess who comes across a bearded traveler (Fellini himself) whom she takes to be St. Joseph. She fervidly describes the fire and light within her, he pulls out a bottle of wine and nods; she rolls in the grass, ecstatically carnal, fade to black, a goat wakes her by licking her face. Was she blessed by a saint or fucked by a con man? One local monk doesn’t believe in miracles, another gesticulates comically: “He’s a materialist!” In any case, pregnancy summons forth the townspeople’s noisy derision, and she’s driven from the village via a mock-Calvary, an empty bowl for a crown of thorns (or is it a halo?); thematic vestiges would reappear in Nights of Cabiria and Juliet of the Spirits, but the humbling lack of divide between the physical and the spiritual belongs to the maker of Flowers of St. Francis. The heroine climbs the hills and gives birth while alone with nature and the heavens — the miracle is life, and emotion, faith, expression, Rossellini, Magnani. In black and white.
— cinepassion.org 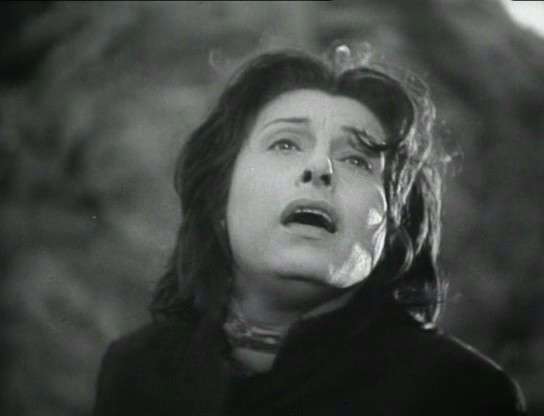 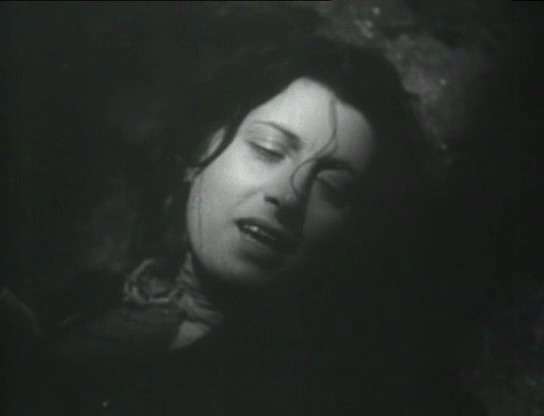 A full-blooded work of Italian cinema that you’ll either love or hate. Rossellini turned his camera on Magnani and basically let her do whatever she wanted. There are two stories here. In the first she’s on the phone to her lover and is doing her best to stop him from dumping her. In the second she’s a woman who thinks she is in love with a man who might be St Joseph.
Magnani is an actress of stupendous power and your reaction will be based on how much you like this sort of thing. However, Fellini turns up as Joseph, so there’s curiosity value for the cineastes, if nothing else.
–Channel4.com