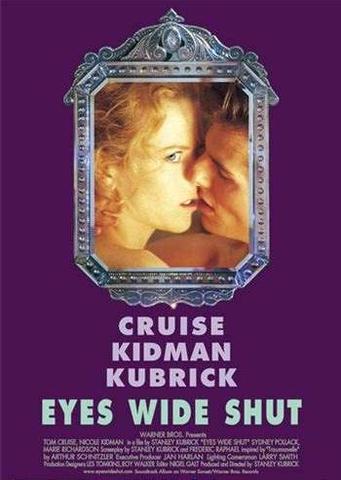 Synopsis: The final work of legendary director Stanley Kubrick, who died within a week of completing the edit, stars Tom Cruise and Nicole Kidman, at the time Hollywood’s most bankable celebrity couple, and was shot on a open-ended schedule (finally totaling over 400 days), with closed sets in London standing in for New York City. Cruise and Kidman play William and Alice Harford, a physician and a gallery manager who are wealthy, successful, and travel in a sophisticated social circle; however, a certain amount of decadence crosses their paths on occasion, and a visit to a formal-dress party leads them into sexual temptation when William is drafted into helping a beautiful girl who has overdosed on drugs while Alice is charmed by a man bent on seduction. While neither William and Alice act on their adulterous impulses, once the issue has been brought into the open, it begins a dangerous season of erotic gamesmanship for the couple, with William in particular openly confronting his desire for new sexual experiences. What didn’t make the final cut of Eyes Wide Shut may have been as fascinating as what finally appeared on screen: Harvey Keitel was replaced almost immediately by Sydney Pollack, while Jennifer Jason Leigh was replaced by Marie Richardson after she had shot all her scenes and left town. -Mark Deming (AMG)

Review: Stanley Kubrick’s first film in more than a decade, Eyes Wide Shut had already attracted attention before Kubrick’s death several months prior to its release sent the hype into overdrive. As the closely guarded production dragged on for a year and a half, rumors swirled over cast departures and what Kubrick was doing with Hollywood’s premiere young married couple. Kubrick’s death several days after screening a “final cut” spurred speculation over whether Eyes Wide Shut was truly in the form the notoriously particular filmmaker wanted, a controversy compounded by the studio’s decision to digitally alter the orgy scene for an R rating. Finally opening after numerous press tributes and the digitalia brouhaha, Eyes Wide Shut divided critics over whether it was an artistically challenging exploration of marital fidelity and boredom, or a hopelessly dated Freudian fever dream. Regardless of questions about the transposition of the 1920s Viennese milieu in Arthur Schnitzler’s Traumnovelle to 1990s Manhattan, Kubrick’s command of his craft was still formidable. The grainy, richly colored cinematography, Steadicam shots, and ornate production design sleekly evoked the waking dream world of Tom Cruise and Nicole Kidman’s sexual searchers. Though it fell off at the box office and was shut out of year-end awards, Eyes Wide Shut’s defenders suggested that it may still find a place in the Kubrick legacy. -Lucia Bozzola (AMG) 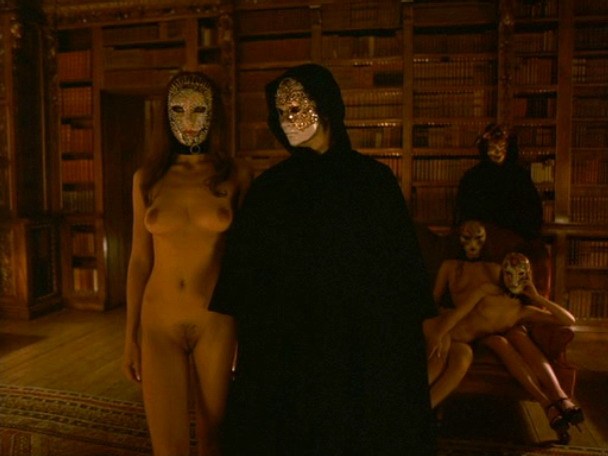 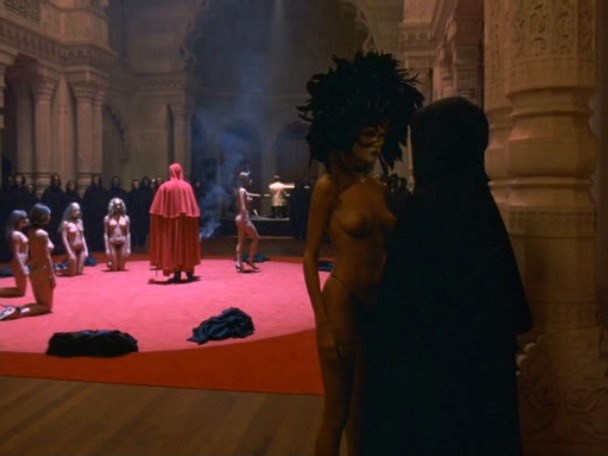