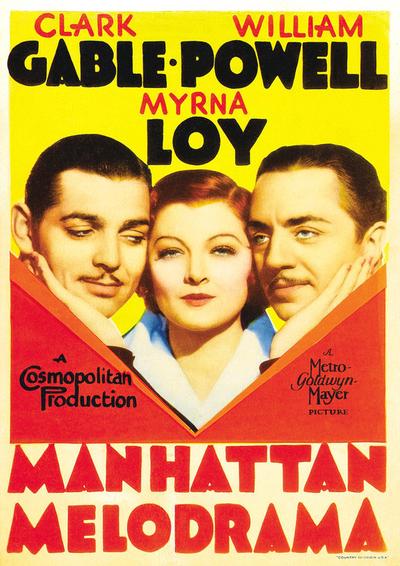 dvdsavant review
Manhattan Melodrama (1934) is considered a classic mostly for its high-powered casting. William Powell and Clark Gable play two disadvantaged boys (Mickey Rooney is young Gable) who grow up to be a respected District Attorney and a notorious gambler, respectively, and Myrna Loy is the ‘swell dame’ who loves them both but chooses the ‘good’ one. It’s the familiar good boy/bad boy plotting we remember from old Warner Bros. pictures. MGM soaks the entire tale in a barely restrained piety that includes periodic appearances by a friendly priest (Leo Carrillo).

Loy’s Eleanor Packer begins as an unhappy gambler’s moll to Gable’s Blackie Gallagher, a ‘noble’ crook forever defending his good name in the underworld. Powell’s Jim Wade tells Blackie of his intention to clean up the city, and, old pal that he is, Blackie encourages him. Eleanor decides that she prefers Wade’s clean living to Gallagher’s diamonds and yachts, but Blackie holds no ill will even after she throws him over. A couple of murders later, Blackie goes to prison and possible execution refusing to defend himself, with the noble motive that he doesn’t want to drag honest politician Wade down with him.

Manhattan Fairy Tale would be a better title for this fantasy with its scrupulously honest politico, gloriously noble racketeer and the glamorous but virtuous sweetheart who loves them both. Blackie and Eleanor apparently live together, but the movie seems to imply that he’s too busy for sex. Wade is so pure that he doesn’t realize that associating with Blackie is potential poison for his career.

Myrna’s best moment is her first flirtatious taxicab encounter with Jim Wade, and it’s a classic. For most of the rest of the show she’s on the sidelines looking glamorous or concerned as needed. (Spoiler) This is really a love story between two ‘swell guys’ who have always been ‘on the level’ with each other and stay loyal to the weepie ending — where Gable plays a death row inmate who talks the Governor out of commuting his execution. It’s great fairy tale storytelling. 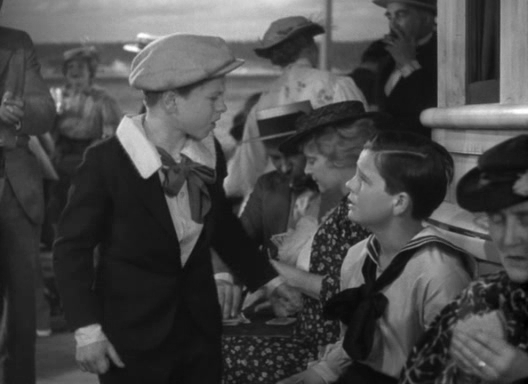 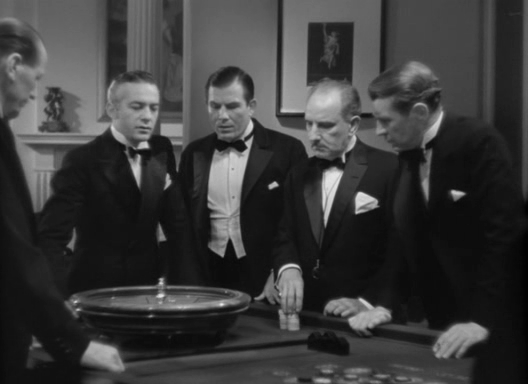 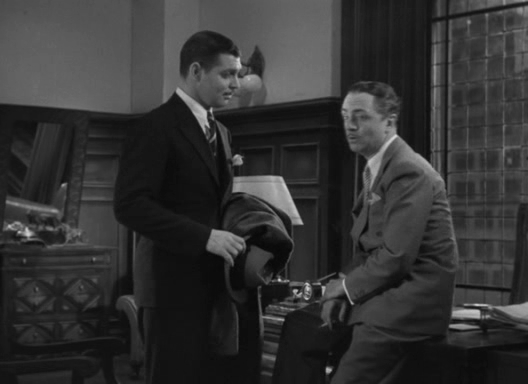 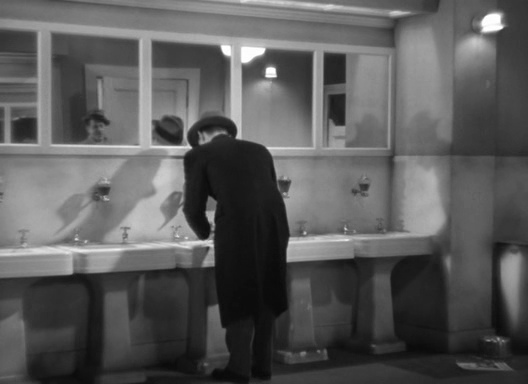 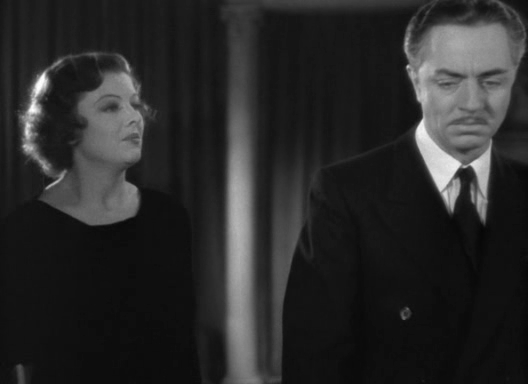 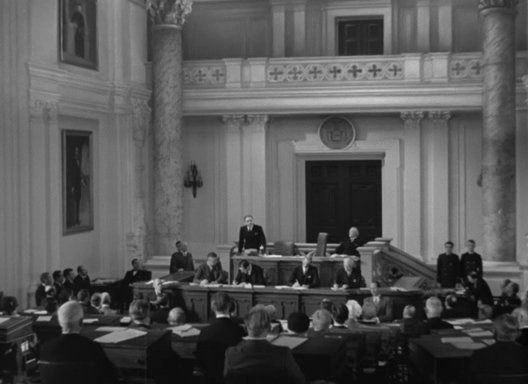