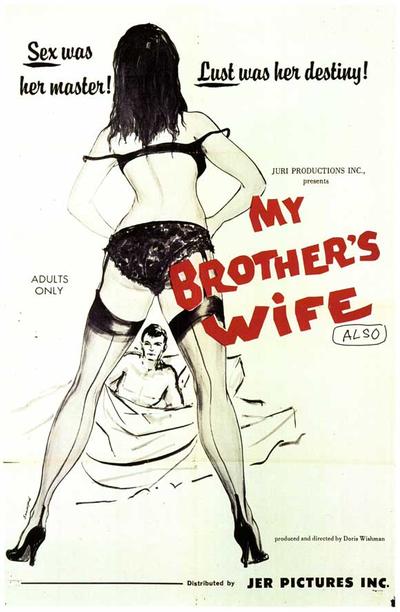 A little info about Doris Wishman:
by Jens Hellroute
“After I die I will make movies in hell!” was a line Doris Wishman, the most prolific female independent filmmaker ever, stated many times. Well, I hope Beelzebub treats her nice because the queen of sexploitation cinema left us on August 10, 2002, in Miami. Like many ladies she lied about her age, but her nephew Norman Wishman recently informed the world that Doris was born July 23, 1912, which makes her an impressive 90 at the time when she sadly lost her long battle with lymphoma cancer.

Doris Wishman wasn’t only a director, she also wrote, produced, did her own editing and designed the marketing campaign for most of her movies. A bonafide auteur and a very clever no-nonsense businesswoman in the male-dominated world of American exploitation movie industry. Wishman made around 30 films from 1959 to 2002, she took a break from cinema from 1983 to 2001. Her style is pretty unique and unconventional and isn’t so easy to compare to her peers in the heydays of exploitation cinema like Herschell Gordon Lewis, Russ Meyer, Ed Wood Jr., Harry Novak, Joe Sarno, A.C. Stevens, the Findlays, Ray Dennis Steckler, T.V. Mikels and David Friedman who were her friend for many years.

Description:
MY BROTHER’S WIFE, Wishman-heads are back in safe territory with plenty of cutaways to paintings, chairs, and shoes and awkward dubbing. But more than a roughie, this film is Wishman’s take on the 40s film noir genre, with a doomed love triangle, scheming criminals, hard-boiled dialogue and a number of far-fetched plot twists amidst the typical Wishman trappings. To keep the plot moving, a cast of familiar faces play each sad and pathetic character. To play the unhappy hausfrau, Wishman tapped June Roberts, a baby-faced nude model whose figure could cut glass and who bears a striking resemblance to Mike Vraney and Something Weird’s #1 lady, Lisa Petrucci. Roberts would also grace the films of Barry Mahon, Michael Findlay, and Joseph Mawra, but her talents would be best tested by sexploitation maestro Joe Sarno in a leading role in MOONLIGHTING WIVES and supporting roles in FLESH AND LACE, THE NAKED FOG, RED ROSES OF PASSION and THE LOVE MERCHANT. Her adorable face is one of the best-loved by Something Weird followers. Darlene Bennett, who appeared in more 60s grindhouse films than any other actress, is given one of her biggest roles as the femme fatale Zena. Her acting left an awful lot to be desired, but she had a dark, mysterious beauty which many of her contemporaries didn’t, and she fits perfectly in this sleazy film noir. Not to mention she had a bust to be proud of and a derriere that wouldn’t quit, which is witnessed when she sits on the camera lens in a typically bold and brilliant move by cameraman C. Davis Smith. Also in the cast is Darlene’s often forgotten twin sister, Dawn, who plays Zena’s lesbian cousin Della, making the move on Zena in a signature uncomfortable Wishman sapphic love scene. Dawn was like a pudgier, less photogenic carbon copy of Darene, which is why she wasn’t as frequently cast in films as her sister. Making up the male cast members are two Doris Wishman favorites: Sam Stewart and Bob Oran. Stewart (whose self-portrait hangs on the wall in several of Doris’ films) was a muscular square-jawed actor who had legitimate acting talent, and was usually cast as the heavy in films like BAD GIRLS GO TO HELL, ANOTHER DAY, ANOTHER MAN and MR. MARI’S GIRLS. His natural good looks also landed him hero roles in THE GIRL FROM S.I.N. (directed by C. Davis Smith) and CARGO OF LOVE. Bob Oran is best-remembered as the sleazy john who pummels prostitute Mary O’Hara in ANOTHER DAY, ANOTHER MAN. 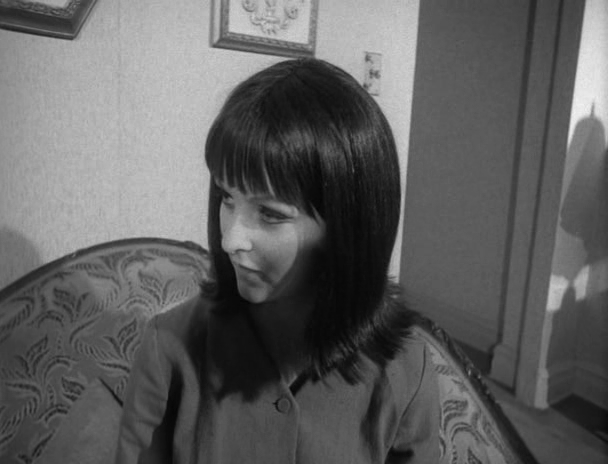 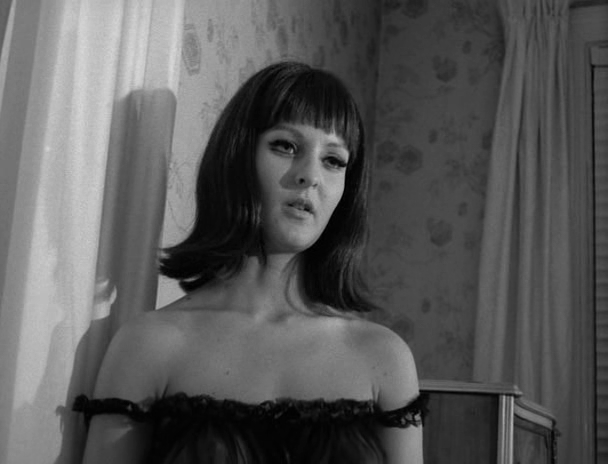 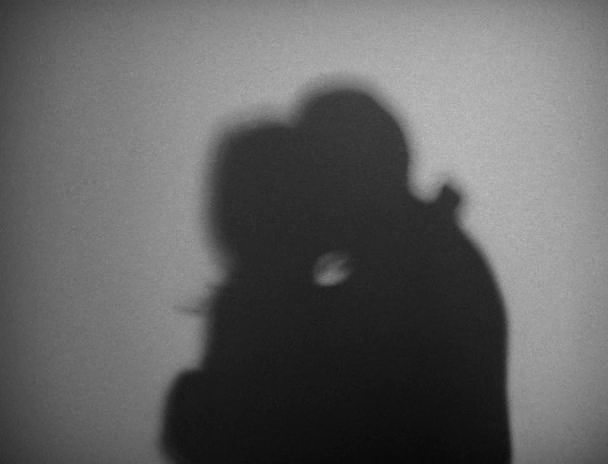 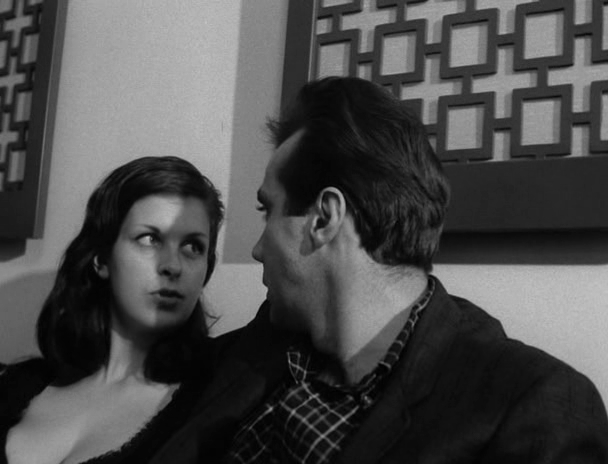 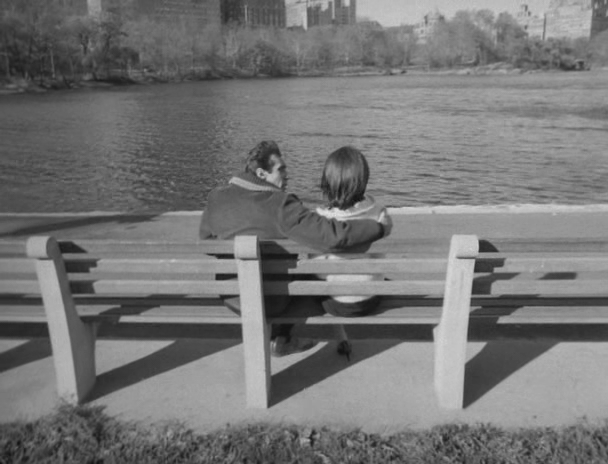