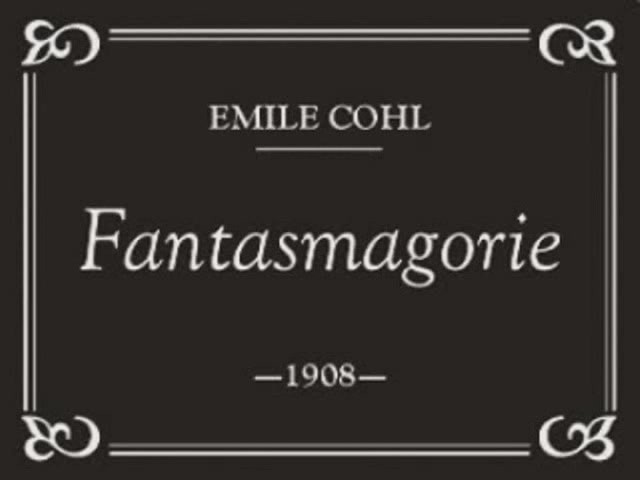 Description: Cohl made “Fantasmagorie” from February to May or June 1908. This is considered the first fully animated film ever made. It was made up of 700 drawings, each of which was double-exposed, leading to a running time of almost two minutes. Despite the short running time, the piece was packed with material devised in a “stream of consciousness” style. It borrowed from Blackton in using a “chalk-line effect” (filming black lines on white paper, then reversing the negative to make it look like white chalk on a black chalkboard), having the main character drawn by the artist’s hand on camera, and the main characters of a clown and a gentleman (this taken from Blackton’s “Humorous Phases of Funny Faces”). The film, in all of its wild transformations, is a direct tribute to the by-then forgotten Incoherent movement. The title is a reference to the “fantasmograph”, a mid-Nineteenth Century variant of the magic lantern that projected ghostly images that floated across the walls. 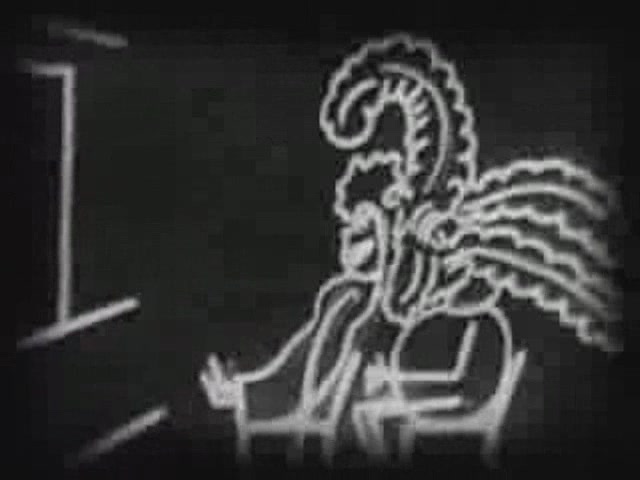 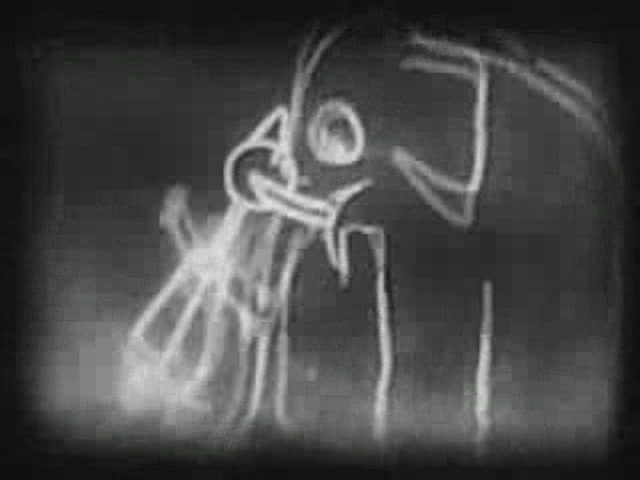