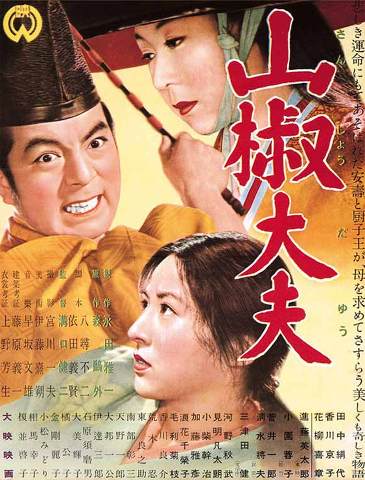 Sansho Dayu… is the triumphant summation of Mizoguchi’s style and themes, as well as the most compassionate response imaginable to those atrocities which had been committed in then very recent years, in Japan and all over the world. It is the most humanist of films, but it asserts that humanism is powerless without politics, just as politics is purposeless without humanism. The last sequence is the most perfect ending in cinema, so broad in implication, so exquisite in form. The reunion of mother and son – the revelation of human love – is at once the most important thing in the world, and an event insignificant against the panorama of human suffering. The double perspective – never to see things in isolation, always in context – is assured by Mizoguchi’s style, and defines his art. Sansho Dayu is, in Gilbert Adair’s words, “one of those films for whose sake the cinema exists”.
Alexander Jacoby, Senses Of Cinema.com 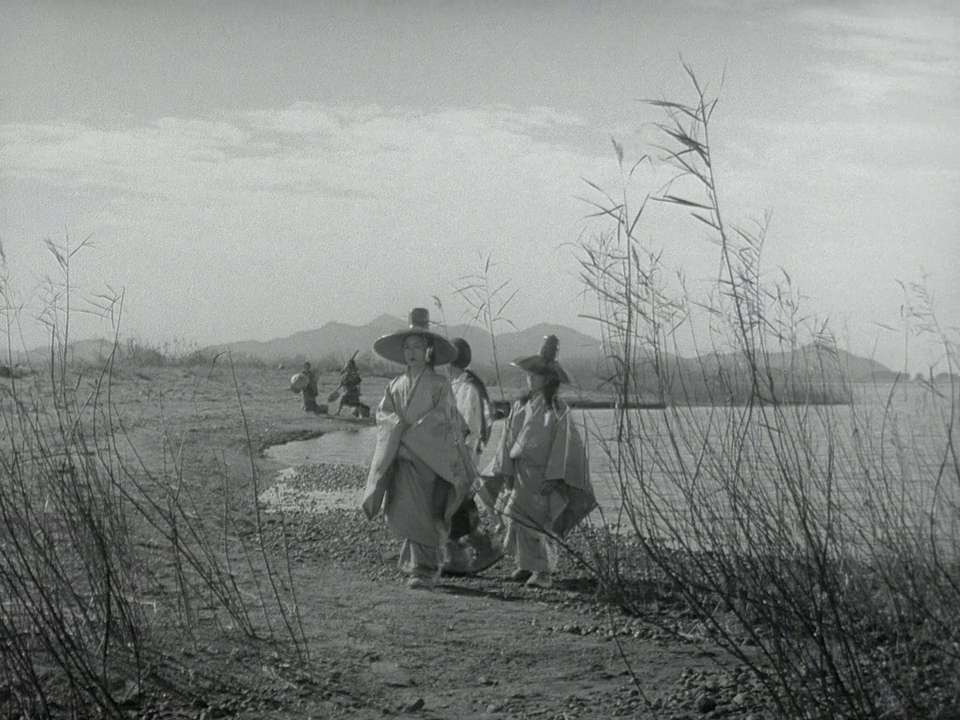 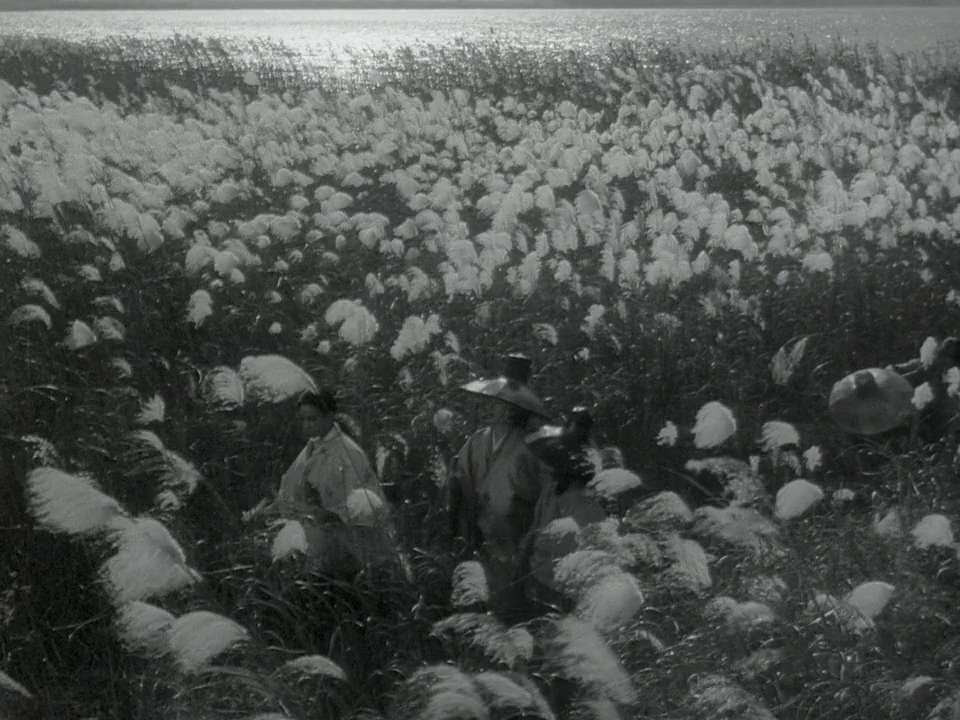 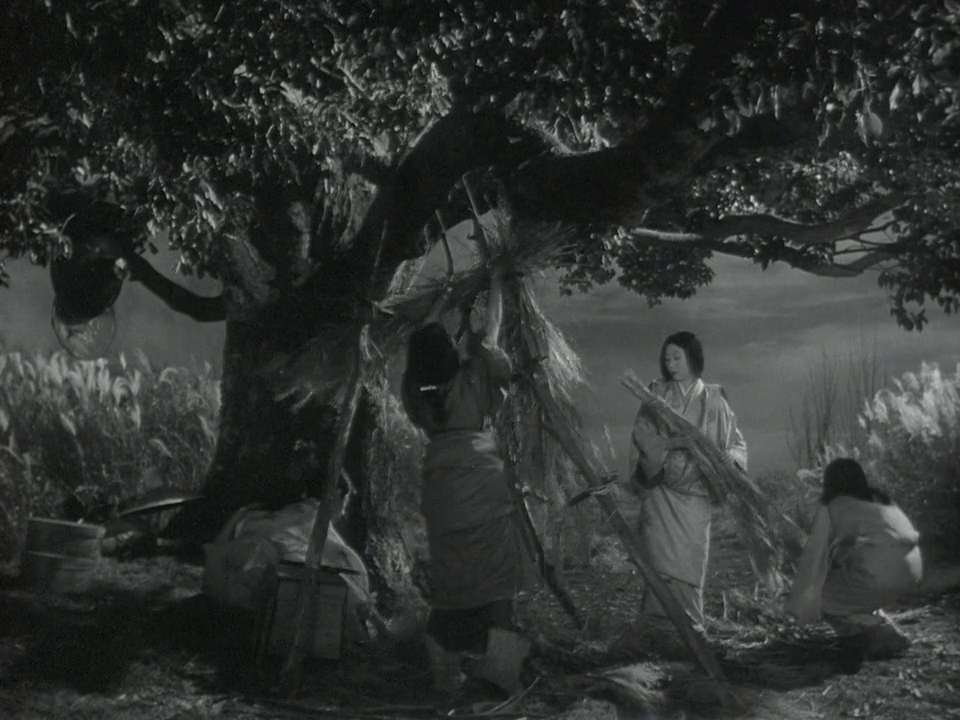 …In its 2 hours and 5 minutes, “The Bailiff” covers almost 20 years of family history. The expanse of time is necessary to accommodate the accretion of events that change people—not to define character so much as to let them submit, to become a part of their environment. In Mizoguchi’s world, the end of living is to achieve minimal differentiation from the landscape — like the daughter walking to her watery death or the mother sitting at the edge of the sea.
“The Bailiff” is a film of breathtaking visual beauty, but the conditions of that beauty also change — from the ethereal delicacy of its beginning (before the kidnapping), through the dark masses of the Bailiff’s compound, to the ordered perspectives of Kyoto and the governor’s palace, and finally to the spare symbolic horizons at the end.
In effect, it moves from easy poetry to difficult poetry. Its impulses, which are profound but not transcendental, follow an esthetic program that is also a moral progression, and that emerges, with superb lucidity, only from the greatest art.
Roger Greenspun, NY Times, December 17, 1969 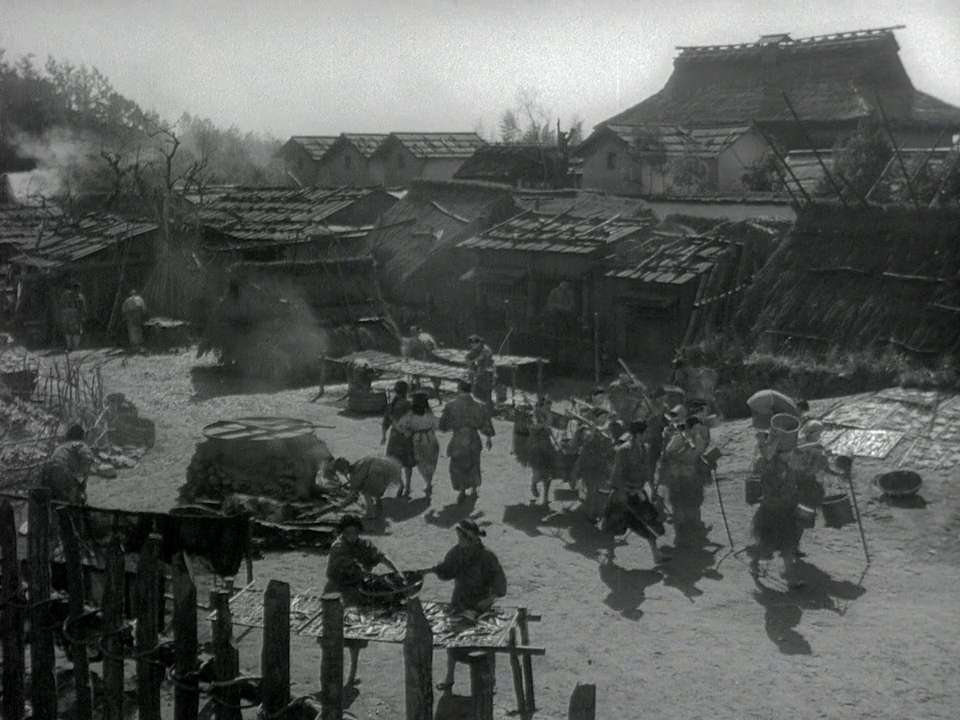 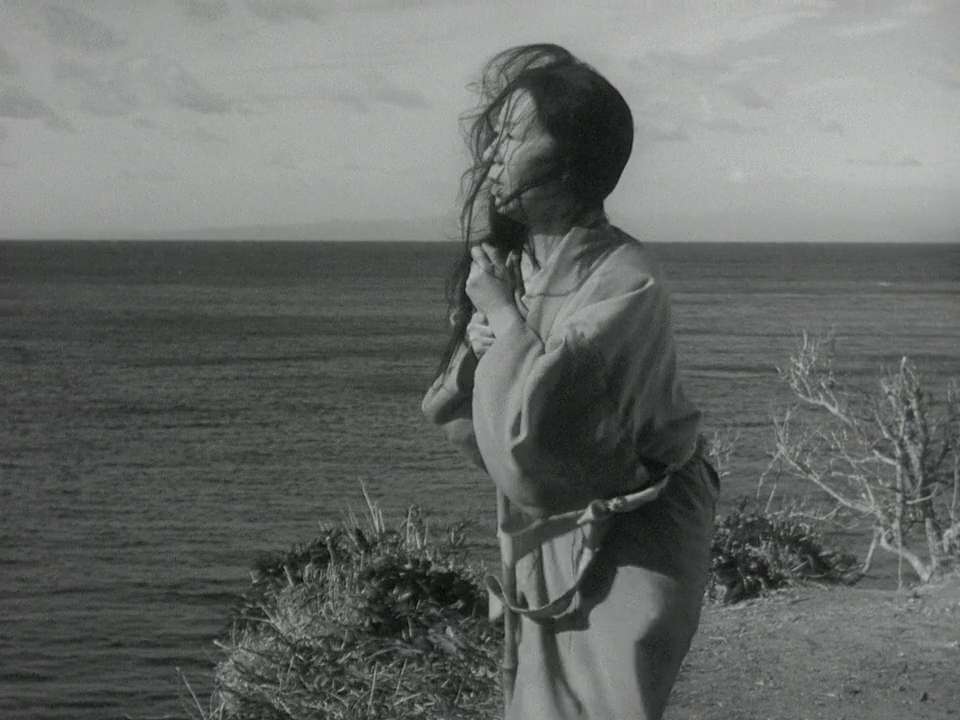 …The clinical detachment with which the camera views the characters of Sisters of Gion is replaced in the late films by an extremely complex tension between contemplation and involvement. The camera moves in the great majority of shots in Sansho dayu , sometimes identifying us with the movements of the characters, sometimes (perhaps within a single shot) withdrawing us from them to a contemplative distance. The film’s famous closing scene contains particularly beautiful examples in the two shots that frame it: in the first, the camera begins to move with Zushio at the moment he hears his mother’s voice and is drawn towards it, then cranes up to watch the movements towards reunion, until the mother is also visible within the frame; in the last shot of film, the camera moves upward away from the reunited couple, to reveal the vast seascape and the solitary figure of the old seaweed-gatherer, his task now completed.
Robin Wood, Film Reference.com 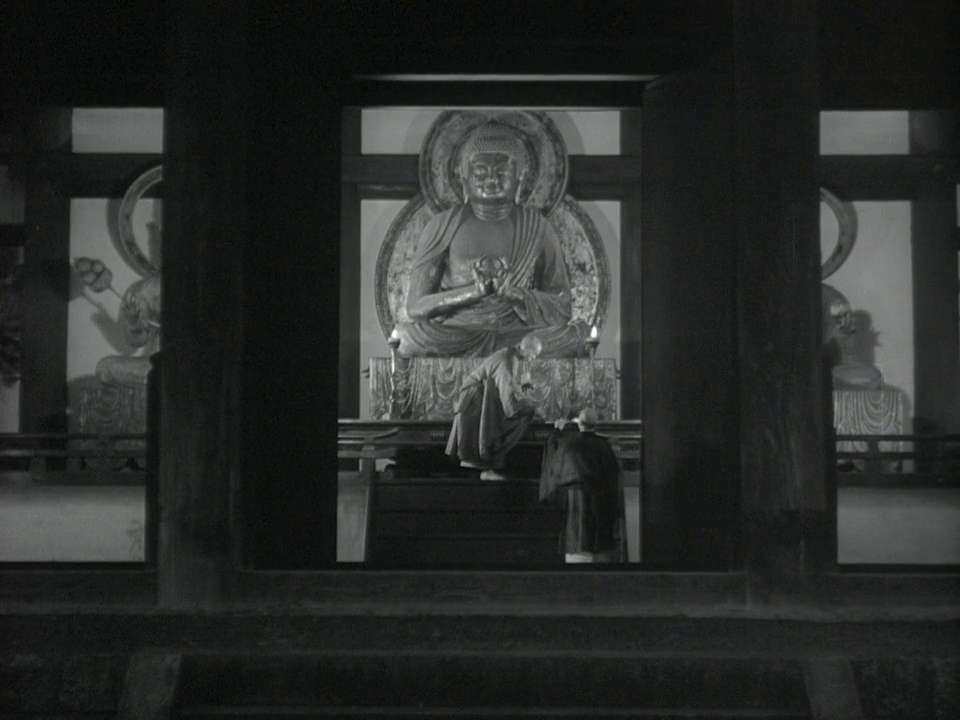 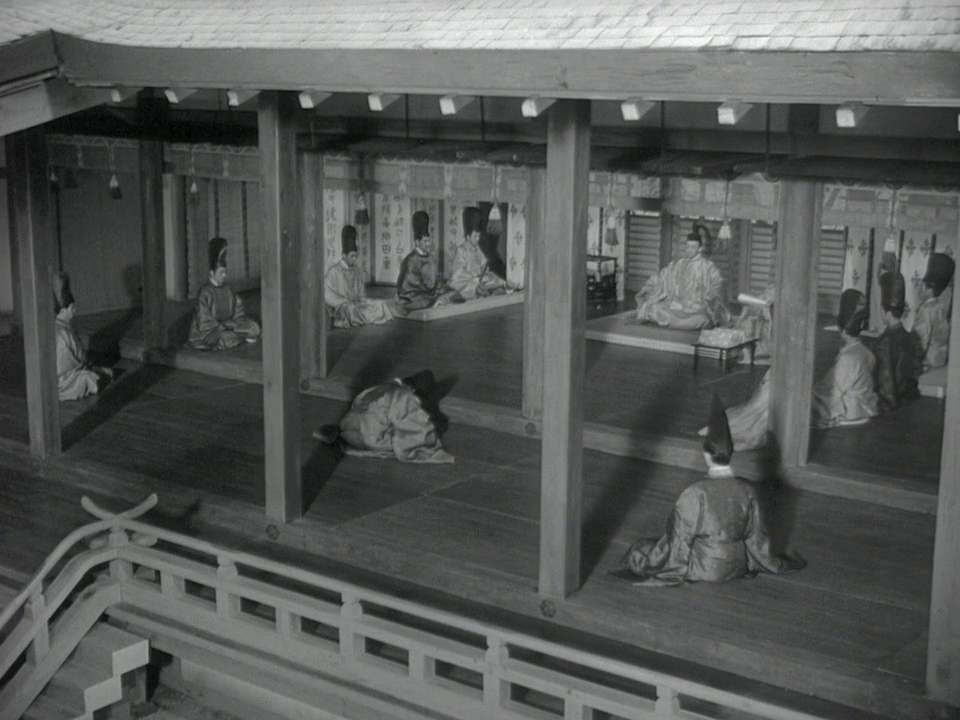 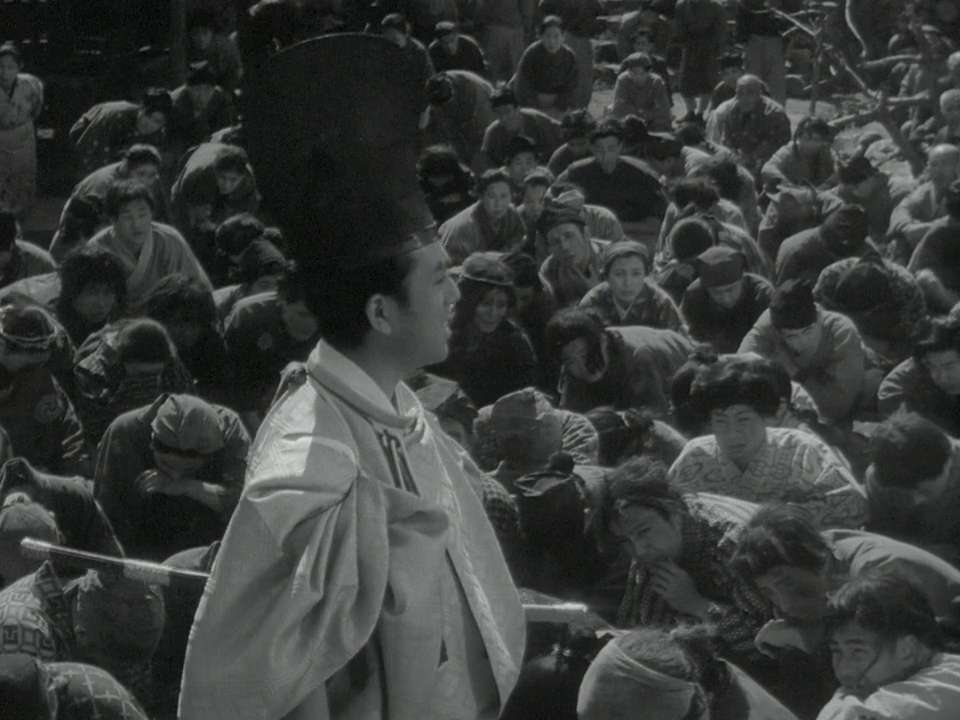 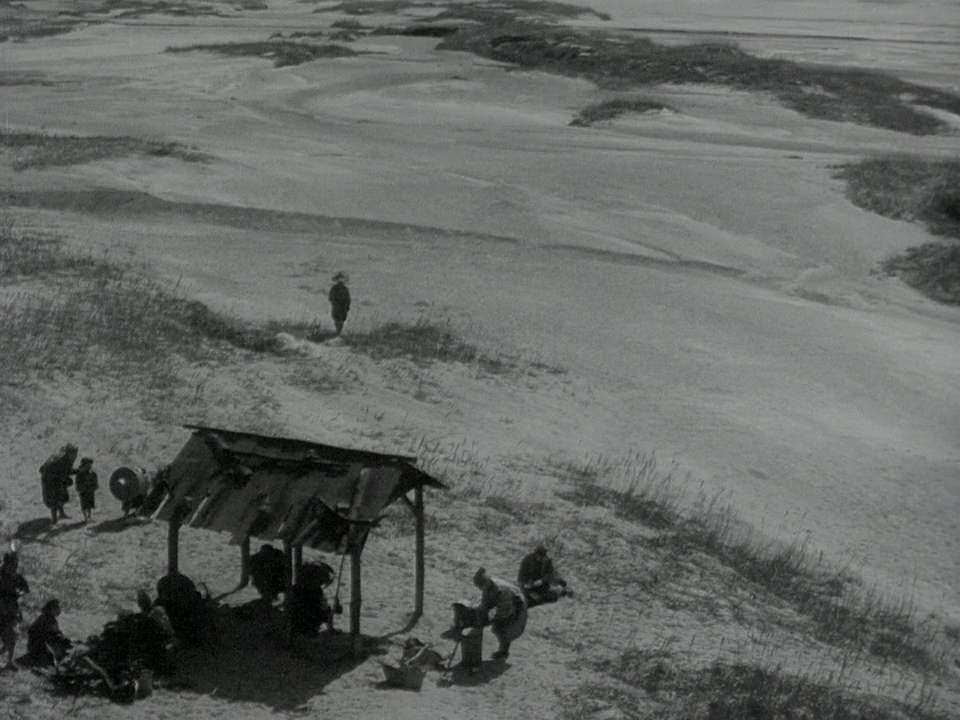