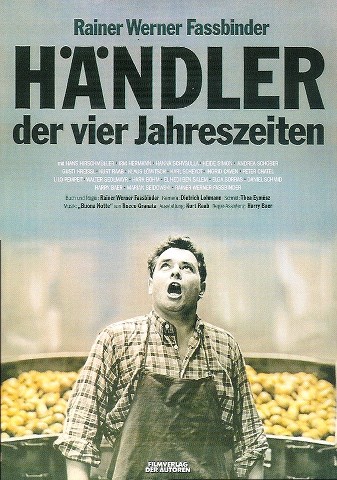 Hans Epp (Hans Hirschmuller) betrays few traces of his eroding morale as he lyrically announces his daily merchandise into the open air. He is an unassuming fruit vendor, diligently making his rounds through the residential streets, accompanied by his highly critical wife, Irmgard (Irm Hermann). After chastising him for hand delivering an order to an ex-lover (Ingrid Caven), Hans escapes her incessant complaints by abandoning his cart and going into a nearby bar. Soon, the sad ritual of his empty existence emerges: arguing with his wife, drinking excessively, lamenting lost personal and professional opportunities. One evening, an inebriated Hans returns home and becomes physically abusive, causing Irmgard to flee to his mother’s house with their daughter (Andrea Schober). His mother (Gusti Kreissl) is a stern, unaffectionate woman who has never concealed her disappointment in Hans, and his recent violence only furthers her disdain. Only Hans’ younger sister, Anna (Hanna Schygulla), attempts to expose the family’s cruelty towards the equally wounded Hans, but to no avail. While attempting to convince Irmgard into returning home, Hans suffers a debilitating heart attack. Unable to perform the physical labor associated with his work, he employs Anzell (Karl Scheydt), a trustworthy man with whom, unknown to Hans, Irmgard had a brief affair during his hospitalization. Fearing exposure of her indiscretion, she manipulates Anzell into overpricing the produce, knowing that Hans will discover his deception. While dining with a friend (R.W. Fassbinder), Hans finds Harry (Klaus Lowitsch), a close friend who once saved his life in the Foreign Legion, waiting on tables, and immediately offers him a job. But as Harry’s professionalism and dedication bring Hans’ business venture into profitability and success, they also render Hans obsolete in his own life, leading him further into isolation and despair.

Using relative distance and exaggerated perspective, Rainer Werner Fassbinder conveys the gradual demoralization of the human soul in The Merchant of Four Seasons. The opening scene shows Hans reciting the price of pears from an empty back alley, to the receptive ear of his ex-lover – the love of his life – who looks downward to him from her upper floor window to place an order. Hans is a short, stocky man, whose physical stature becomes even more pronounced against his tall, thin wife, prompting comments from his patrons. An earlier indiscretion which cost him a career as a police officer involves a submissive woman, and parallels a subsequent flashback involving his captivity in the Foreign Legion. In a long, continuous panning sequence showing a successful Hans having dinner with his family, Hans seems lost in the family’s tirade over his past failures. In essence, everyone in Hans’ life has always looked down upon him, and like his illness, he has never fully recovered. The Merchant of Four Seasons is a subtle, unsentimental, yet deeply moving portrait of the crushing of the spirit – the tragic failure, not of a man, but of his cruel, alienating environment.

A Real Loser:Fassbinder’s ‘Merchant of Four Seasons’ Here The Cast

It gets harder and harder to believe in victims—in people who do not precipitate what happens to them. But Rainer Fassbinder’s “The Merchant of Four Seasons,” which opened this week at the Greenwich Theater, projects a kind of loserism that the main character seems powerless to control.

This German movie focuses on a stolid depressive (Hans Hirschmuller) whose middle-class family has always been ashamed of him, and its lack of enthusiasm appears to be the main cause of his breakdown and eventual suicide. They are also disgusted by his career of selling fruit in the streets, rather as though he were pimping.

Because of turgid directing and acting, most of the emotions in this picture ring false. When the hero’s wife phones her lawyer for a divorce, her husband has the unlikeliest heart attack in movie history. And when he finally drinks himself to death in front of his relatives, they watch and gape like paralyzed puddings until his scene is played out—or like obedient actors who know that they must not interrupt the star.

Fassbinder’s fiercest weakness is the way that his characters respond to one another. He also specializes in delayed reactions. Throughout, eyes lock in significant glances or in prolonged, stunned stares. A man slaps a woman; she gasps and grabs her cheek, then both of them freeze. A wife learns that her husband is getting drunk in a bar, and she clutches the telephone receiver to her chest to show distress. Two long separated friends meet in a cafeteria: One drops a tray of food (astonishment). And there is a maddening moment when the fruit vendor yells down the stairs for his wife, and then weeps—which is simply a crude crib from Brando in “Streetcar.”

“The Merchant,” which was shown at the New York Film Festival at Lincoln Center in 1972, is not so bad as Fassbinder’s “The Bitter Fears of Petra Von Kant,” one of the silliest movies I have seen in years. But here it looks as though the director was torn between chronicling a crackup and making a film about how to run a small business. The problems of hiring a reliable staff and the proprieties of bookkeeping take up a good deal of footage, and that is boring. But this soggy picture allows the disintegration of a human being to be almost as dull as the way he earns his living—and that is appalling. 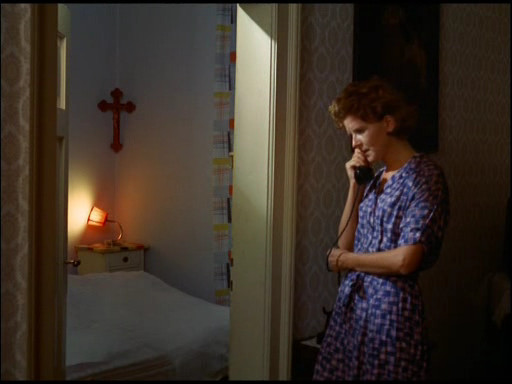 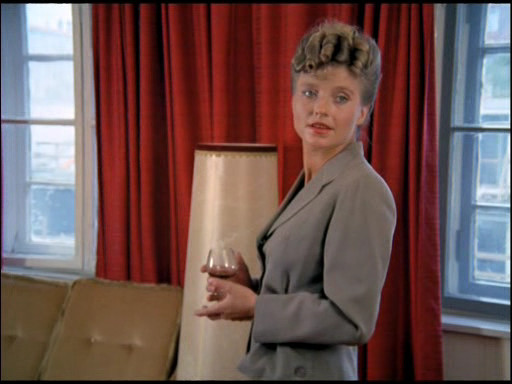 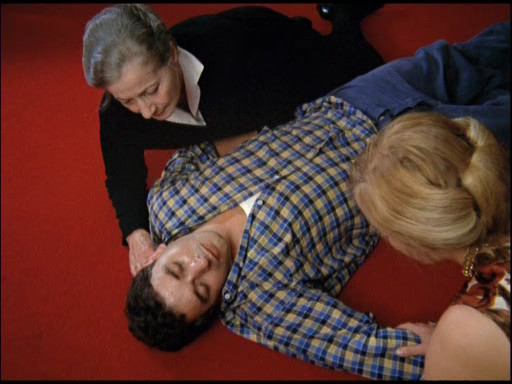 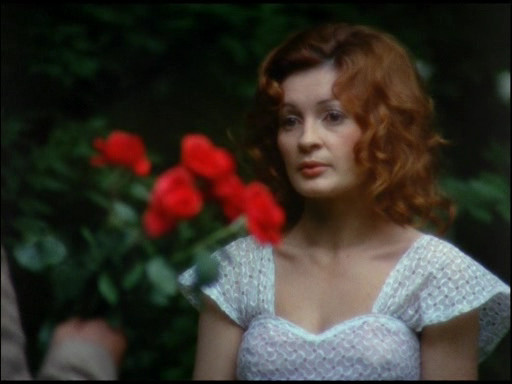