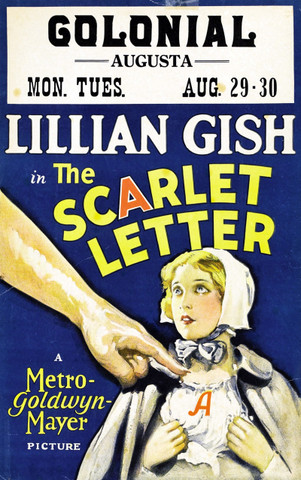 Only Lillian Gish could have gotten The Scarlet Letter (1926) past the censors of the late ’20s and only she could have made it such an authentic American classic. Ironically, she did it with the help of two Swedes, director Victor Sjöström and leading man Lars Hanson. As she would say in her memoirs, however, “I have always believed that the Scandinavians are closer in feeling to New England Puritans than are present-day Americans.” 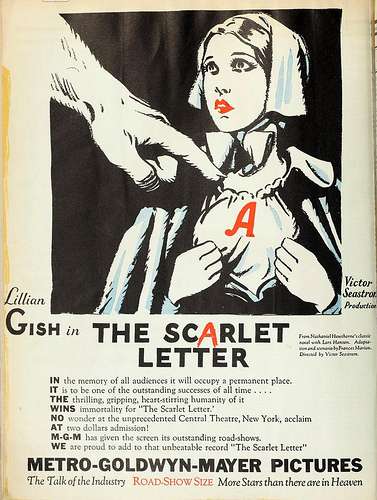 Gish had long wanted to star in a film version of Hawthorne’s classic novel, but when she suggested it to MGM studio head Louis B. Mayer as a follow-up to her popular La Boheme (1926), he warned her that it was currently on the list of books banned for film adaptation. To get past the ban, Gish personally wrote to Will Hayes, the studios’ moral watchdog, and heads of women’s and church groups around the country, assuring them that she would guarantee the film was made in good taste. As a result, the ban was lifted. In fact, the film was produced with the cooperation of the Federal Council of Churches of Christ. 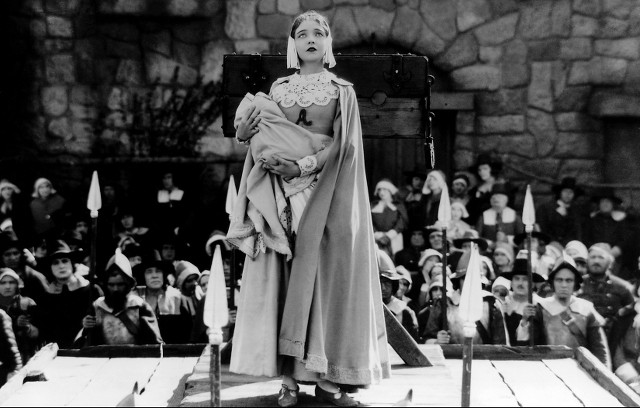 Having Sjöström direct was Gish’s idea. She had been impressed with his work for some time, and he was currently working at MGM on a special loan-out from Svensk Filmindustri. The Swedish studio, where he made his first impact as a director, allowed him to work at MGM in return for the right to distribute their films in Sweden. Gish felt that he had a major impact on her work, introducing her to the Swedish style of acting, which involved repression of emotions so that they only briefly rose to the surface. 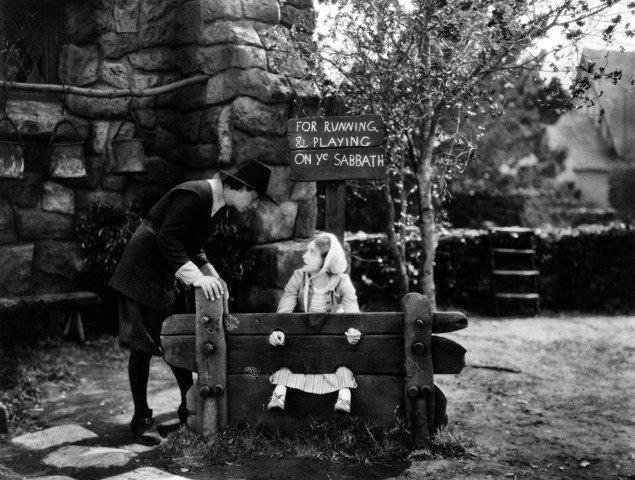 For the leading role of the Reverend Dimmesdale, Hester’s secret lover, studio production chief Irving G. Thalberg recommended Lars Hanson, another Swede who had scored a hit in the film that introduced Greta Garbo to U.S. audiences, The Saga of Gosta Berling (1924). Although he spoke no English, Hanson had no trouble communicating with his fellow Swede Sjöström. 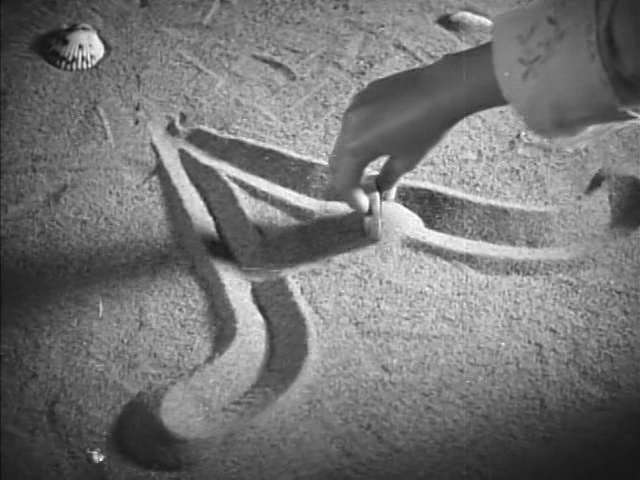 Rounding out the company were Henry B. Walthall as Hester’s long lost husband, whose return triggers a crisis for his wife and her lover, and cinematographer Hendrik Sartov. Both had worked with Gish at the start of her career when she was director D.W. Griffith’s biggest star. Walthall was best known as “The Little Colonel” in Griffith’s The Birth of a Nation (1915). From there, he had become a respected character actor. Dutch-born Sartov had trained under Griffith, for whom he filmed Gish in such great pictures as Hearts of the World (1918), Way Down East (1920) and Orphans of the Storm (1921). 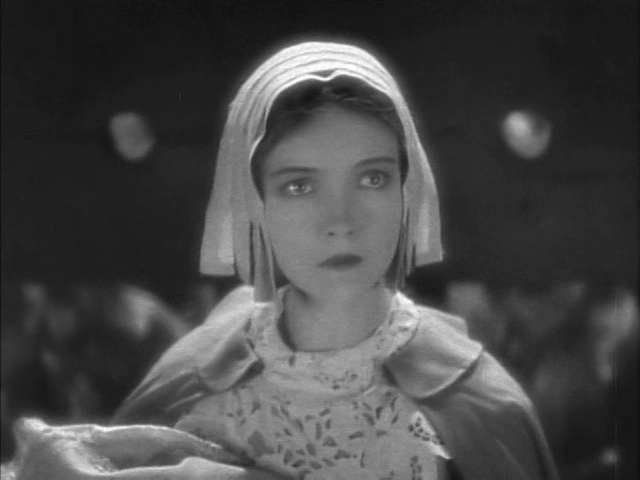 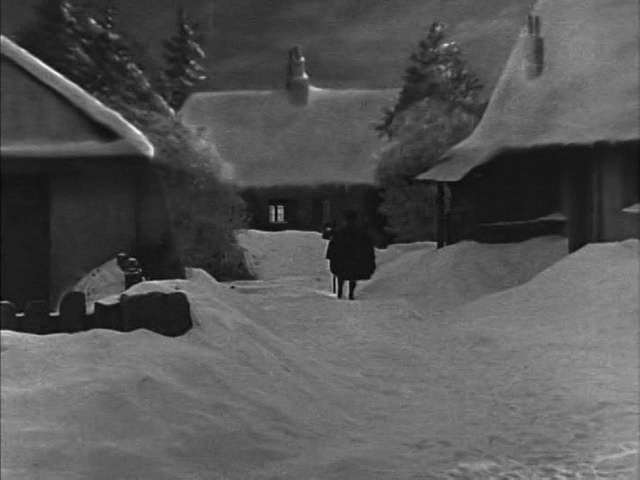 During the next-to-last week of filming, Gish learned that her mother had had a stroke in London and was not expected to live much longer. Her sister, Dorothy, urged her to get there on the first available boat. When she informed Seastrom of the need to finish the film quickly, he created a shooting schedule that crammed two weeks worth of shooting into three days of non-stop work. The crew worked without complaint so that she could finish the film early and catch the earliest possible train to New York. Whether it was good luck or her daughter’s presence, Gish’s mother actually improved and was able to return to the U.S. with her daughter. 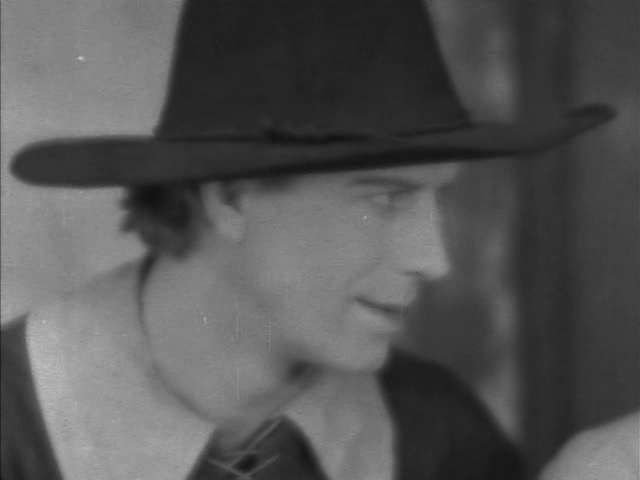 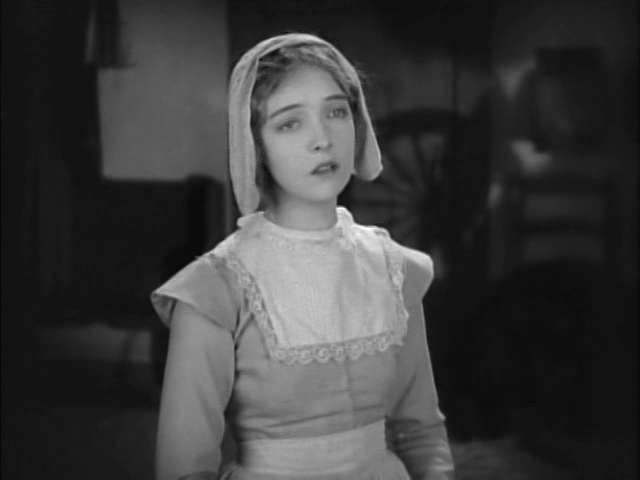 Meanwhile, Sjöström finished the film, which so delighted Mayer and Thalberg that instead of the customary $5,000 bonus given to directors for completing a film on time, they gave him $10,000.The picture opened to rave reviews and strong business in New York, where it played at the Central Theatre for five months. It did not do as well in the rest of the country, however, and with the failure of the next Gish-Sjöström collaboration, The Wind (1928), her days as a film star were over. Over time, MGM reedited The Scarlet Letter, and for a while the original version was thought lost. When the Library of Congress restored the lost footage in recent years, fans could once again appreciate one of the greatest performances in film history. There would be three more adaptations of The Scarlet Letter in the U.S. — a low-budget ’30s version starring Colleen Moore, a PBS miniseries in 1979 starring Meg Foster and the ludicrous Demi Moore version of 1995 that tried to improve on Hawthorne with nude scenes and a happy ending — but none can match the original. 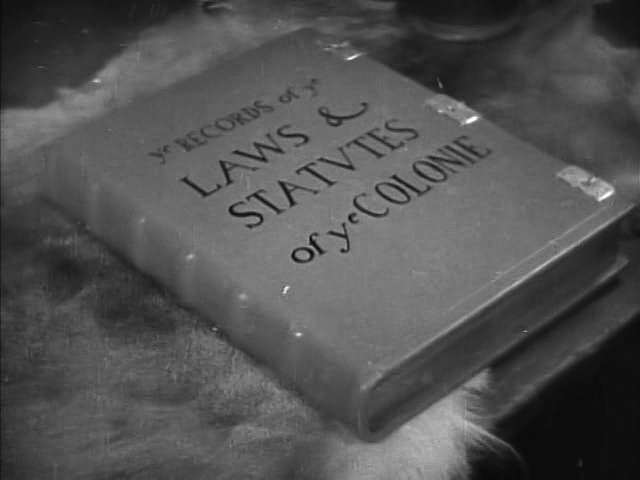 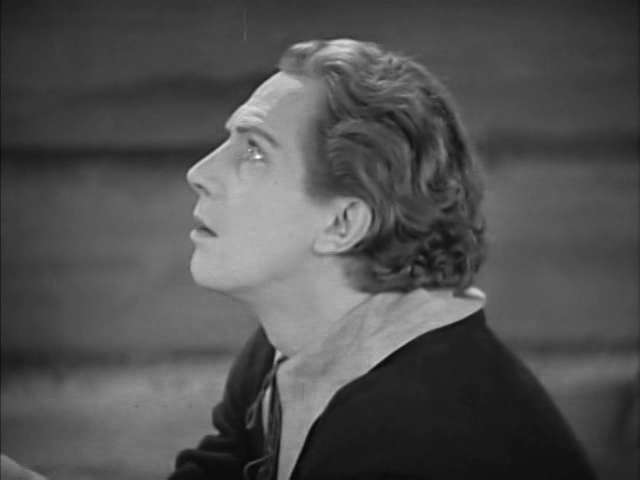