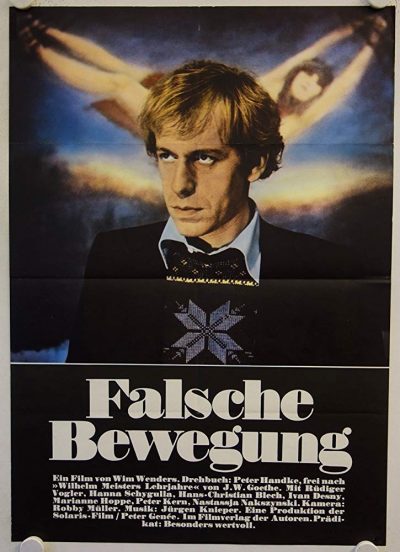 Six days in the life of Wilhelm: a detached man without qualities. He wants to write, so his mother gives him a ticket to Bonn, telling him to live. On the train he meets an older man, an athlete in the 1936 Olympics, and his mute teen companion, Mignon. She’s an acrobat in market squares for spare change. An actress, whom Wilhelm gazes at, joins them. Then, a plump young man introduces himself, having heard them talk of poetry. He takes them to his uncle’s, except it’s the wrong house; they interrupt a man’s suicide. He invites them to stay. The actress tries to connect to Wilhelm. Couplings and rare bursts of feeling come as surprises; other characters remain alone.