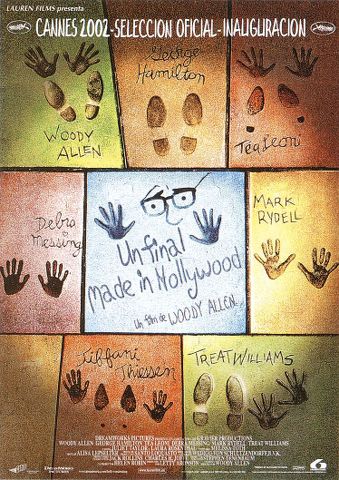 Description: A down-on-his luck auteur gets one more chance at the big time — provided his neuroses don’t swallow him whole — in Woody Allen’s 33rd feature release, Hollywood Ending. Allen plays Val Waxman, a one-time cinematic genius who’s resorted to taking advertisement work to pay the bills for himself and his airhead live-in girlfriend, Lori (Debra Messing). Val finds his luck is about to change, however, when he receives the script for The City Never Sleeps, a period noir set against the backdrop of 1940s New York City. It seems his ex-wife, Ellie (Tea Leoni), now an executive at Galaxy Pictures, has been pulling for him to direct the picture, claiming he’s the only man who can do justice to the script. She even manages to convince her boyfriend, Hal (Treat Williams), Galaxy’s high-powered studio head, to take a chance on Val’s “unique vision.” Just when the cameras are ready to roll, however, Val finds that unique vision in jeopardy — literally — as he’s struck with a psychosomatic case of blindness. When physicians and psychiatrists fail to cure him, Val contrives a scheme to forge ahead with the picture, for fear of blowing his one last chance at greatness. Hollywood Ending co-stars George Hamilton and Mark Rydell.

A funny, promising setup gives way to endless schtick in Woody Allen’s well-cast but slack farce. Despite its loaded subject matter — namely, big-budget filmmaking — this is no Player: Save for a few throwaway industry jokes, Hollywood Ending is mostly pratfalls and slapstick, centered around a neurotic conceit that even Allen, cinema’s neurotic laureate, can’t pull off. Once afflicted with hysterical blindness, his Val Waxman spends much of the movie fumbling and stumbling around a movie set, to rapidly diminishing comedic results. Allen has made entire films on such slight premises before — Zelig and his chapter of New York Stories, Oedipus Wrecks, come to mind — but those films were at once richer with subtext and more economical. Ending’s climax, on the other hand, comes after at least 20 minutes of painfully broad, extraneous comedy, and hinges on a character who’s barely been mentioned, let alone seen. All this notwithstanding, Allen evinces spry, witty turns from his supporting cast, including the ever-sharp Tea Leoni, a pleasantly ditzy Debra Messing, and, of all people, the ageless, orange-hued lothario George Hamilton. 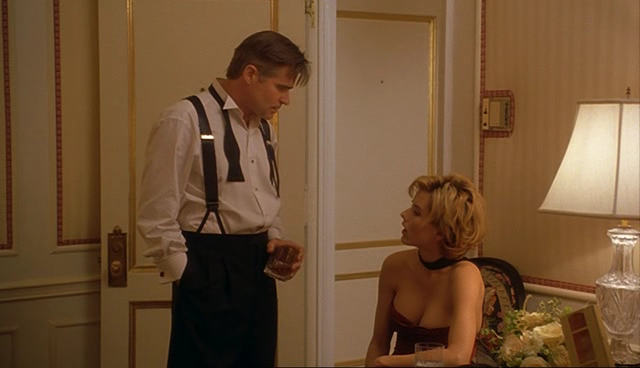 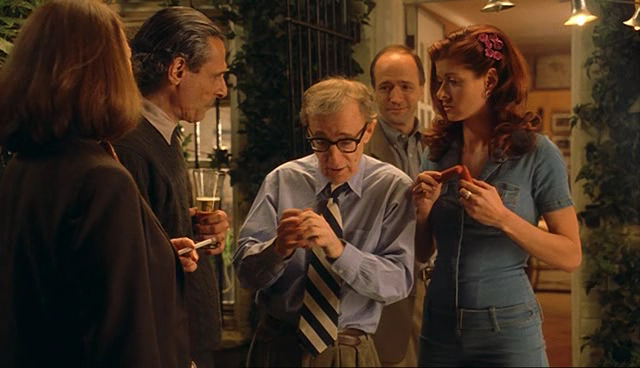 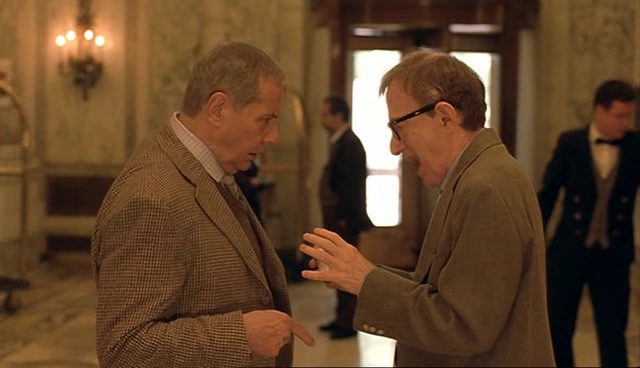 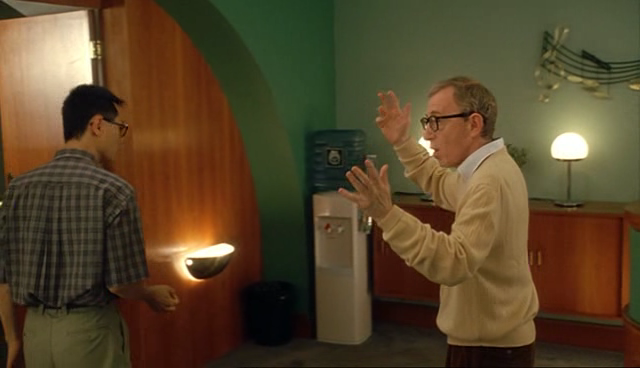 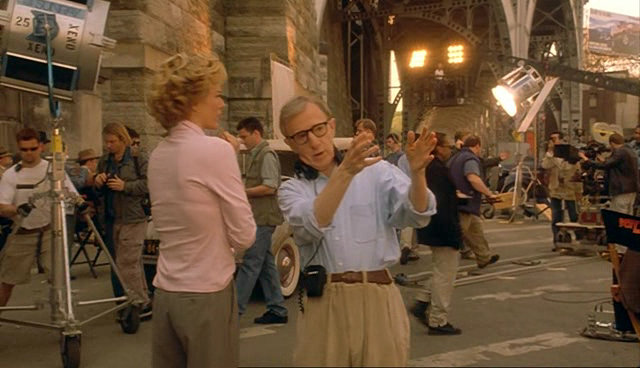 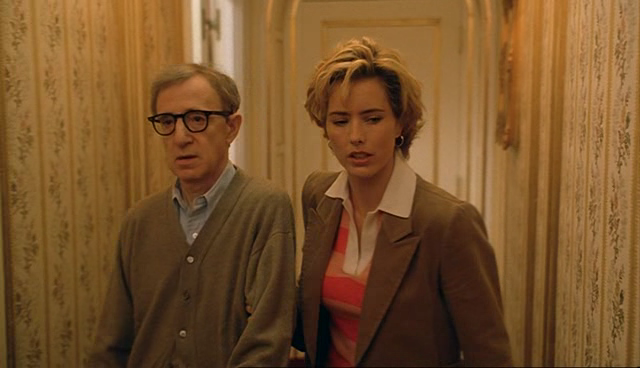