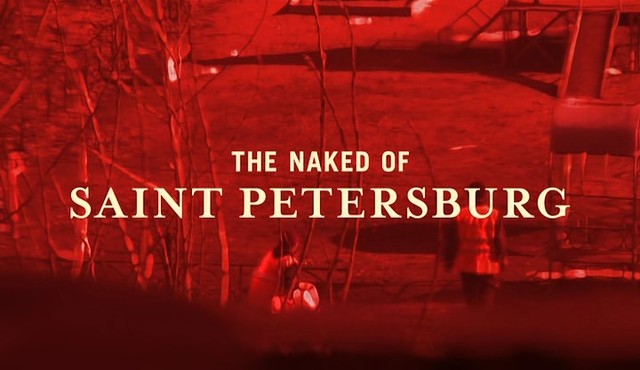 It is winter in Saint Petersburg and the streets of the former capital are teeming. Half naked sunbathers stand in the snow; fledgeling dancers watched by throngs of teens are an explosion of underground fashion; a therapist who cannot afford an office sees clients in his car; immigrant street cleaners wander estates in orange vests, hoping they won’t be mistaken for terrorists. Saint Petersburg makes do with what it has.

DIRECTORS STATEMENT
To Russians there is no shame in being politically incorrect or emotionally unpredictable. Man is not rational. Man believes in luck, miracles, fate and God. And, man does not expect things to be easy to understand. If a woman leaves her man, and starts up with a new one right away, no one expects an explanation. That’s just the way life works. Things happen all the time that we cannot do anything about.

This is how I see Russia and the Russians. And, this is what fascinates me about them. I have an increased sense of freedom when I am in Russia. Everything happens at great speed there, and with great drama. Everywhere I look in Russia I see striving for the magnificent, the great, the extraordinary. It’s obvious in their architecture, and it’s just as obvious at their kitchen tables.

Russians value and reach for the sublime. A Russian ideal is to be able to manage anything. People that experience enormous, perhaps insurmountable challenges, risking even death – these people are looked up to. This is why their tabloid press has no stories about celebrity divorce or cures for depression. Russians have very little desire to be identified with those who would claim to be ’just ordinary people’.

Russians have a fate – not a life. This is why they have no trouble with the aspects of Russian life that we in Denmark and the West find so inhuman and unbearable. Like Americans, Russians have a concept of ’The Russian Dream’: that Russia will emerge as a coherent kingdom, and that the Russians will finally be able to show the rest of the world what a fantastic land they have. In Denmark we praise the simple life, but in Russia they can’t get enough of drama. In our society we strive to drive all pain from our lives, we take care of each other and try, with a ballot, to achieve equality for all. The Russian voice seems to be raised only to honour their own greatness, while at the same time they are wholly ambivalent about the political system that represents them. The system is good – it will take care of itself and make sure that everyone has work, and that the world remains stable. And while it keeps itself to itself, its people shall have the right to do as they wish and bend any and all rules.

Through the sequences of the film, I will show this sense of freedom, this alternative approach to life that I encounter as a stranger in Russia – a feeling that fascinates me, because it tells me that life can be what you make it. I am a product of the Nordic weight, the pressure to think rationally and control my reactions and emotions. I am grown from a seed of Danish rationality, democracy and justice. But I will make a film in which the audience is seduced by the madness created when my Nordic rationality is taken from me.

The winter sunbathers in front of the Peter – Paul Fortress are an expression of the greatness, the pride and life’s raw reality. Their nakedness against the bare stones stands in stark contrast to the city’s ornamental dress sense, and is a concrete, real stripping of facade and protection.

I want to feel the beauty of life and the lives of those who strive for the emotional side of existence – that which makes them ’cultivated people’ in their eyes. I want to feel the Russian pride, the sense of being part of something much greater, and in that I want to find the essence of their unique camaraderie. But I will also show the conditions that are the flipside of this beauty, pride and culture. I will show the ’beautiful lie’, alongside the ’sad truth’.
– Ada Bligaard Søby, 2009 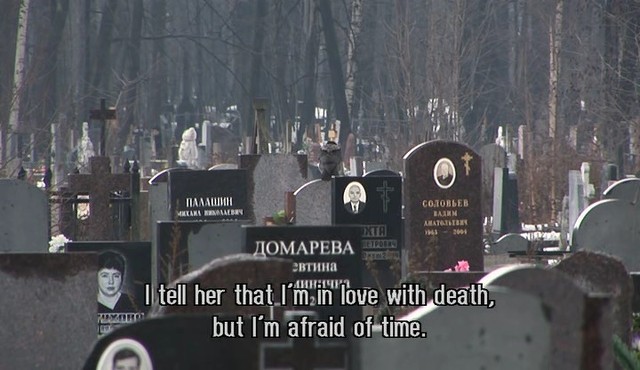 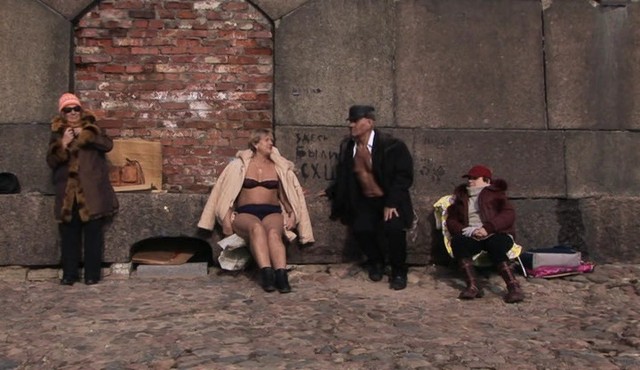 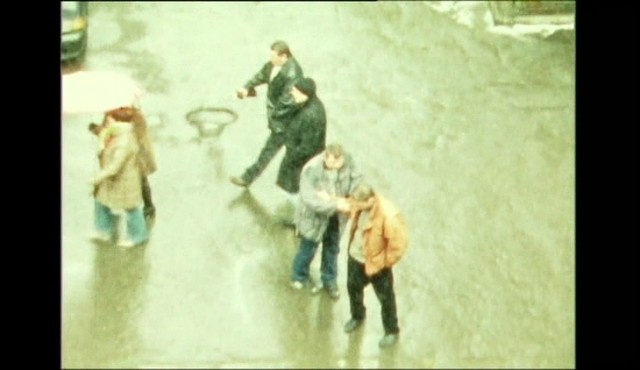 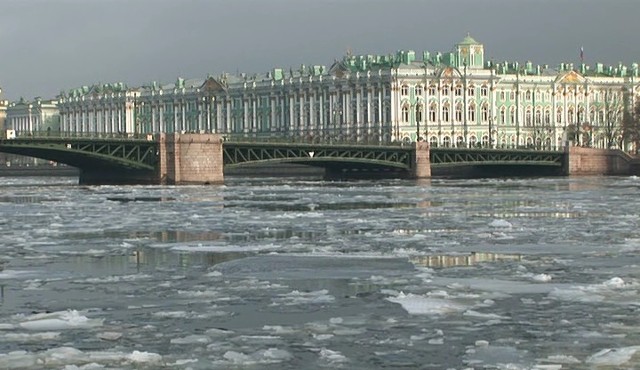