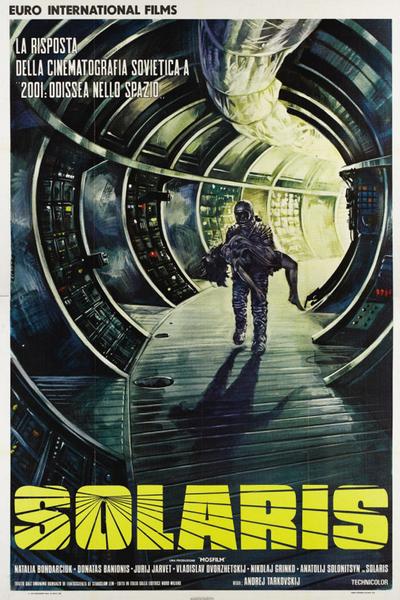 Based on a novel by Stanislaw Lem, Solaris centers on widowed psychologist Kris Kelvin (Donata Banionis), who is sent to a space station orbiting a water-dominated planet called Solaris to investigate the mysterious death of a doctor, as well as the mental problems plaguing the dwindling number of cosmonauts on the station.

Finding the remaining crew to be behaving oddly and aloof, Kelvin is more than surprised when he meets his seven-years-dead wife Khari (Natalya Bondarchuk) on the station. It quickly becomes apparent that Solaris possesses something that brings out repressed memories and obsessions within the cosmonauts on the space station, leaving Kelvin to question his perception of reality.