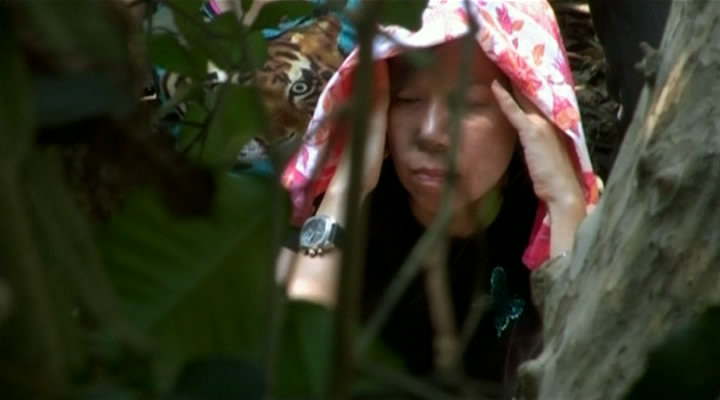 From link –
This digital featurette, not quite a companion piece to Tropical Malady but certainly related to it, shows Joe operating at the height of his formalist powers. One of the things I’ve valued about Weerasethakul’s work since Mysterious Object at Noon is his commitment to exploring the traditions of avant-garde cinema while taking those idioms into uncharted territory. While some works by Joe have displayed an interest in bending the strategies of Andy Warhol and Bruce Baillie to the needs of Thai folklore and narrative gamesmanship, Worldly Desires takes a more structural approach. However this piece bears little resemblance to structural film as we usually think of it; if there are specific touchstones for Worldly Desires in film history, they would be those “other” structuralists, so wonky and off the beaten track as to thwart easy categorization. Like Morgan Fisher’s early film projects, Worldly Desires is a documentation of the filmmaking process. Within a single expansive jungle location, portions of a Thai soap opera are being filmed by day, and a music video is being made by night.We watch at a significant remove, behind the camera and lighting crews. Multiple views display random bits of business on the periphery, like the craft services table or a playback monitor. However, the stringent day / night rhythmic structure breaks down in the end, the night song (about a woman wondering if she’ll be as lucky in love as her mom was — an Electra Complex with a disco beat) eventually bleeding into the daytime shoot. But more significantly, the relatively austere TV production, whose melodramatic dialogue is mostly heard in disconnected snippets, is contrapuntally offset by the swelling musical numbers. They break up the video, with the unexpected jolt of pure pleasure. Although these sequences recall the musical interludes in certain of Tsai Ming-liang’s films, they’re shot in the mode of early Hou Hsiao-hsien, dancing girls reduced to tiny figures in a wide expanse, itself engulfed within an intractable master-shot. The rigor / comedy handoff recalls aspects of Owen Land’s work, but perhaps more importantly, Joe’s visual and conceptual approach displays a sensitivity to the unique qualities of the jungle landscape, a willingness to let the “location” become the subject of the piece. Worldly Desires is a landscape film, one that brings that most mythologically burdened aspect of Tropical Malady — its deep, dark thicket of the soul — and allows it to grow wild and overtake the image. 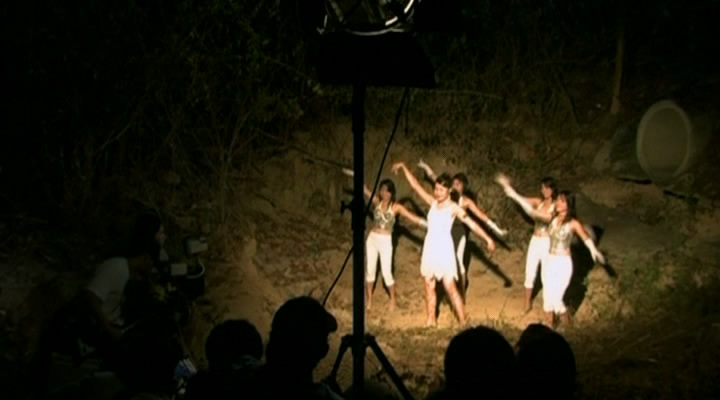 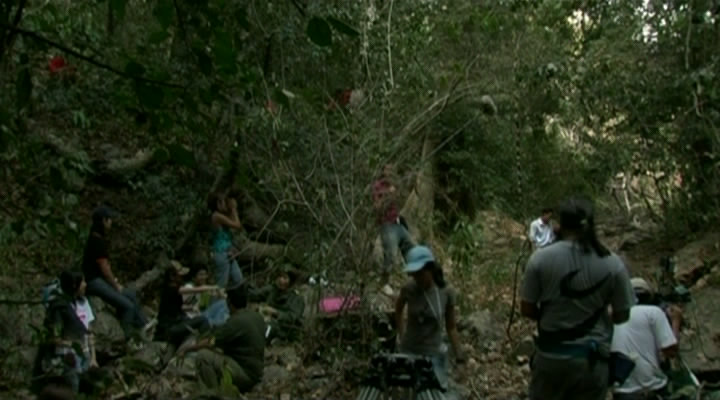 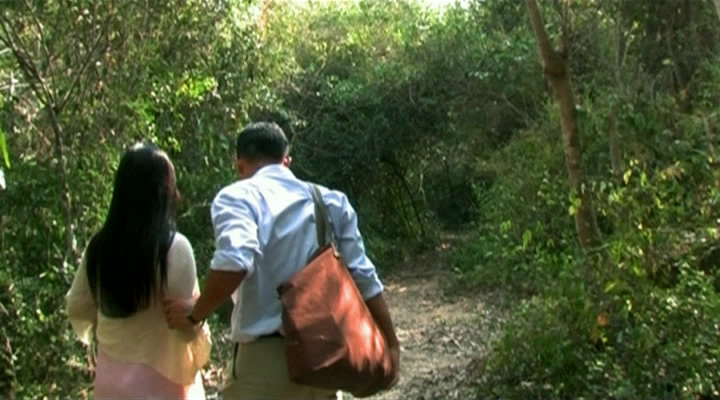