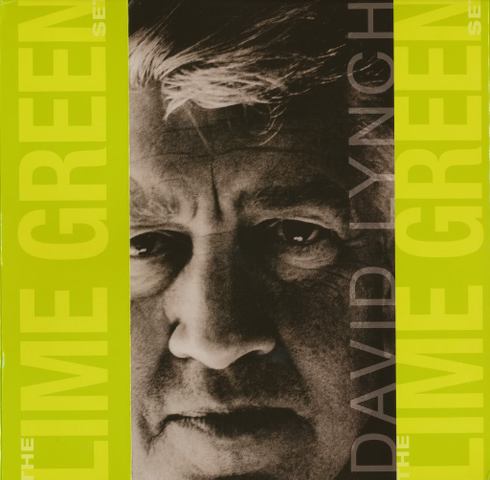 32 DELETED SCENES FROM WILD AT HEART

The crown jewel to the entire box set. Almost 2 hours of Deleted Scenes from the film Wild at Heart. As Lynch mentioned in a previous interview, the video is “kind of funky” as it all comes from a surviving workprint. Watching these scenes was like taking a trip back in time and going back into the world of “Wild at Heart” that Lynch created. As Lynch put it, “It’s like going back on the road with Sailor and Lula.”

This collection of Deleted Scenes is very extensive. Many of the publicity stills that I’ve seen in various magazines are finally realized in these Deleted Scenes. It is a shame that the quality of the video isn’t better, but finally being able to see them in any form is still a great thing. The scenes are presented in 2.35:1 anamorphic widescreen. The audio has been cleaned up, scored, and is even in 5.1. There is a classic scene that happens at Club Zanzibar that is absolutely brilliant and echoes moments in Blue Velvet. Strangely, it appears that parts from the Johnnie Farragut torture scene were already trimmed from this workprint. While we get to see a brand new scene where Grace Zabriskie’s Juana plays the bottle game, it appears that unfortunately (or maybe fortunately for some) the end scene where Juana masturbates with Johnnie’s dead head and has sex over Johnnie’s corpse with Reggie were cut out of this workprint. Regardless, these scenes are pure GOLD and are will be sure to satisfy all hardcore David Lynch and Wild at Heart fans.

David Lynch and son Austin Lynch star in two Episodes of the Series made for David Lynch.com. The episodes presented are “Teeth” which was featured on David Lynch.com as well as “Chicken” which I believe has never been released before and also stars Emily Stofle. Both Episodes are shot in Black and White.

Lynch has included for this release 4 Episodes of Rabbits. Although marked as Episode 1, 2, Naomi, and Scott, for those that watched these on David Lynch.com the first time around, it appears that Lynch has renamed the Episodes 7 to “Naomi” and Episode 6 to “Scott“. He has also combined a few of the other Episodes to form the new Episode 1 and Episodes 2. The only Episode that comes to mind that seems to be missing is the Rebekah Del Rio Episode. Running time on all Rabbits material is a little over 40 minutes.

The final section is called Cavelcade in which Lynch selects an assortment of short clips that have never been released before. The first selection is called “16mm” which is a Lynch 16mm film experiment conducted in 1967 and 1968 in Philadelphia which feature small parts of the Alphabet and the Grandmother. Lynch stars in this film. The next film is called “Absurd Encounter with Fear” which stars Jack Fisk and Peggy Reavey. This film was shot in 1967 and it is very reminiscent of the short films. Lynch also has included a “Fictitious Anacin Commercial” also starring Jack Fisk. The Cannes short “Scissors” is also included on this disc. One of the coolest things on this disc is the “Twin Peaks Festival Greeting” which is a surreal short film that Lynch made for last years Twin Peaks Festival. It only screened once and is in Black and white. In this film, Lynch is speaking backwards in what looks to be a cross between the floors of Eraserhead and the Twin Peaks Red Room. Sitting next to him is a plastic doll with the face of Laura Palmer. It was an absolute delight to see this rare gem. Next up is what Lynch calls a “Poor Man’s Music Video” which he shot with Angelo Badalamenti out on the street for the song “A Real Indication”. Finally, there is a “Hollyshorts Greeting” which is a fun piece that Lynch presented as his acceptance for the Hollyshorts 2008 Visionary Award. 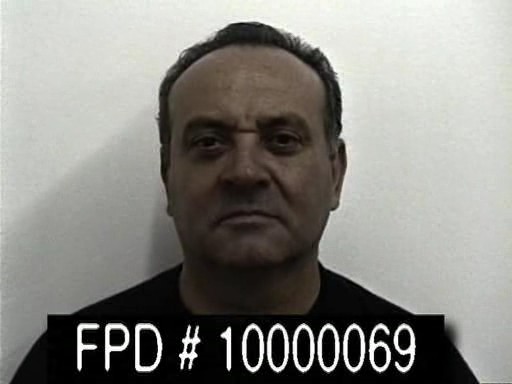 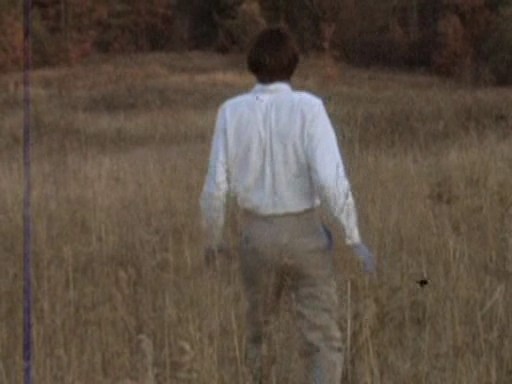 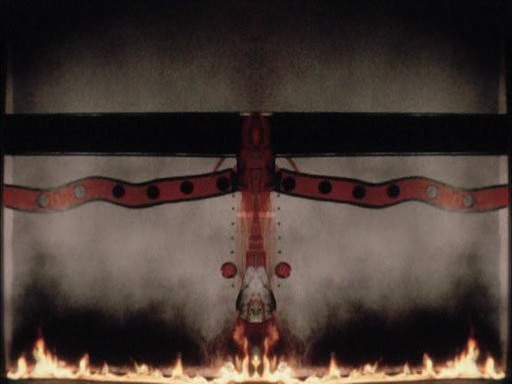 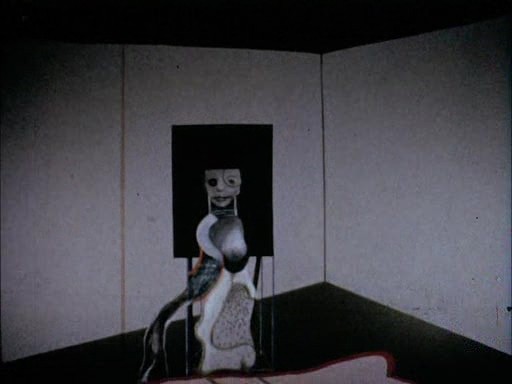 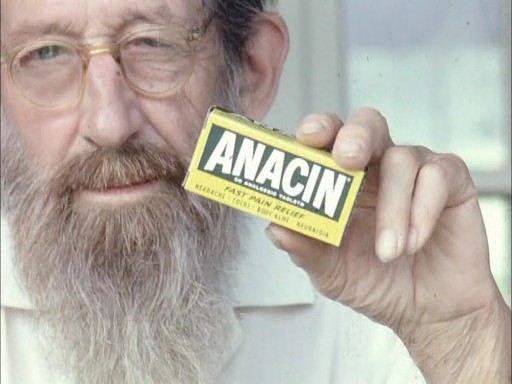 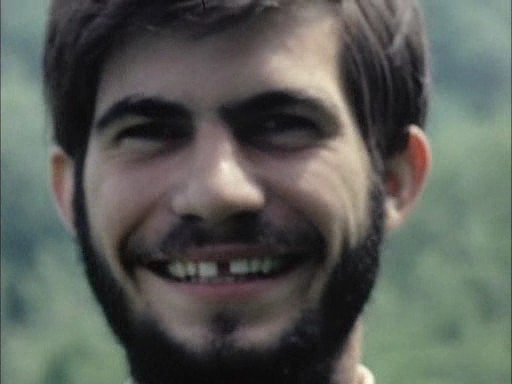 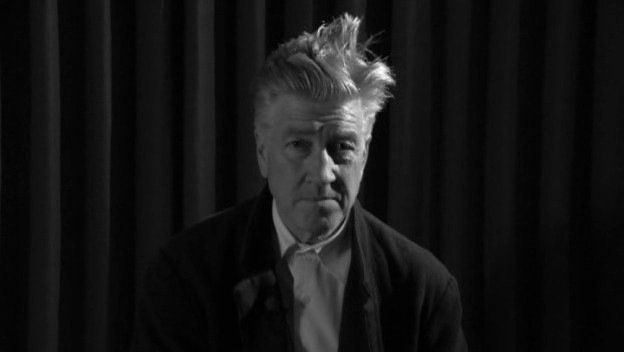