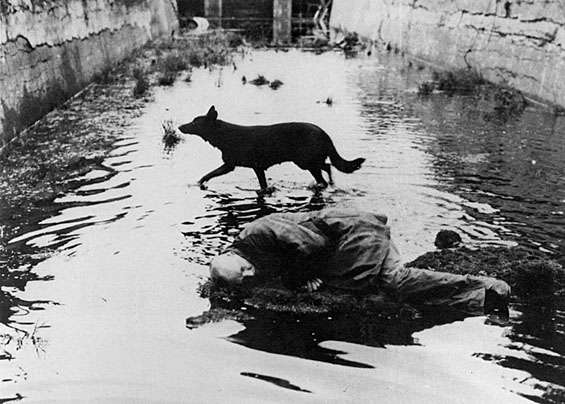 In the latter part of the 1950’s, the engineer and mathematician Yevgeniy Murzin had a problem. He had just realized his life long dream of constructing music synthesizer (then called “ANS”) but knew no musician with sufficient imagination to explore its vast potential. In 1960, upon meeting 22-year-old Edward Artemyev, a recent graduate of the Moscow conservatoire, Murzin immediately felt he had found what he was searching for in the young composer, who embraced the new instrument and quickly mastered its many subtleties. Artemyev has since composed numerous works varying from electronic avant-garde to film music. He is probably best known for his collaboration with A. Tarkovskiy composing music for his films: “SOLARIS” in 1972, “THE MIRROR” in 1975 and “STALKER” in 1979; and with such filmmakers as Andrei Mikhalkov-Kontchalovskiy and Nikita Mikhalkov.

Eduard Artemyev is regarded as the most firmly established among Russian composers of electronic music.

He learned his musical craft in Yuri Shaporin’s compositions class. A meeting in 1960 with Eugene Murzin, constructor of one of the first synthesizers, triggered enormous impulses in Artemyev to make this unusual instrument the basis of his activities. During this period he felt bound by the compositional ideas of the avantgarde, and he was enthusiastic about the most varied nuances of electronic sounds, which created an entirely independent atmosphere. This understanding of music is expressed in his early compositions. His extravagant music dovetailed excellently with the film concepts of the well-known producer Andrei Tarkovsky. This resulted in sound tracks to the science fiction films “Solaris”, “The Mirror” and “Stalker”.

His music became clearer in the middle of the 1970’s. The academic tradition met up with rock aesthetics. The most different styles flowed into his music. An outstanding example of this is the cantata “Ode To The Herald Of Good” for the 1980 Olympic Games in Moscow, based on a text by the Frenchman Pierre de Coubertin. The musical symbiosis continued in symphonic works and in poems.

In the 1980’s his musical awareness matured, allowing the early avantgarde ideas, as well as the various styles which later attracted his attention, to flow into his compositions.
In the meantime he chose sound tracks as his most intensive field of activity. Over 120 films bear his musical handwriting. Among them are the films by Nikita Michalkov, Andrei Konchalovsky and Vadim Abdrashitov.

Over and above this, his repertoire includes works for the concert hall and opera house. His international recognition has enabled to pay working visits to various studios outside the USSR and to attend electronic music festivals, as for instance in Bourges and in Baltimore.