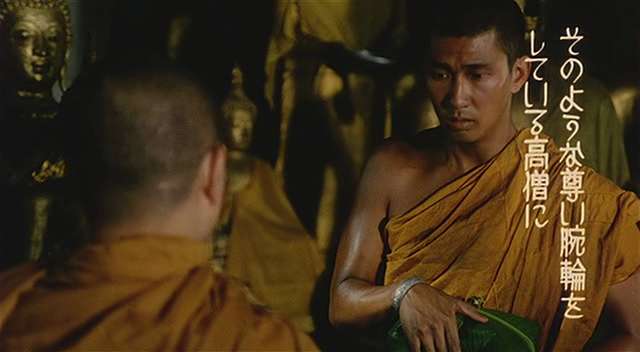 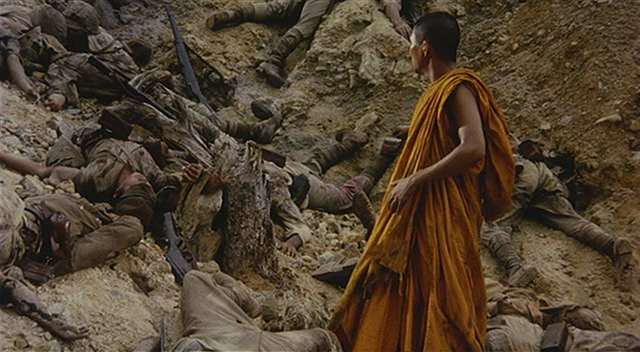 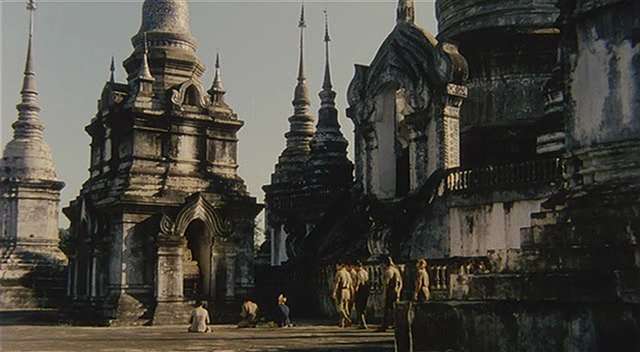 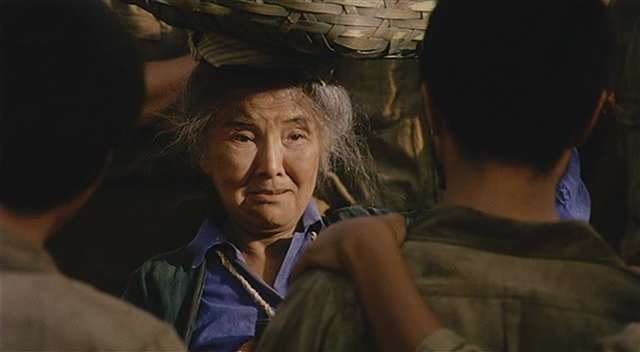 Tanie Kitabayashi (北林谷栄), a founding member of the famed Mingei Theatre, was famous for portraying older women. She played the Burmese obasan in both the b/w and this color version of Burmese Harp. In 1960, she won best actress awards at the 10th Blue Ribbon Awards and at the Mainichi Film Awards for Imai’s Kiku to Isamu. She also won the Japan Academy Prize for best actress in Kihachi Okamoto’s Rainbow Kids (1991), a film that also earned her honors from the Mainichi Film Awards and from Kinema Junpo.
One of her memorable roles was that of the voice of Kanta’s grandmother in the 1988 Studio Ghibli movie My Neighbor Totoro (Tonari no Totoro).
She died on April 27, 2010, of pneumonia at a Tokyo hospital at the age of 98. 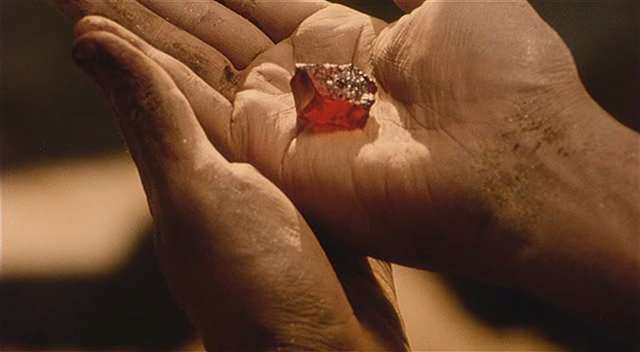 “The Soil of Burma is Red” 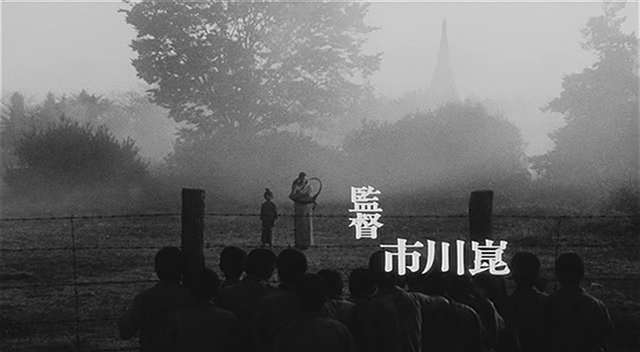 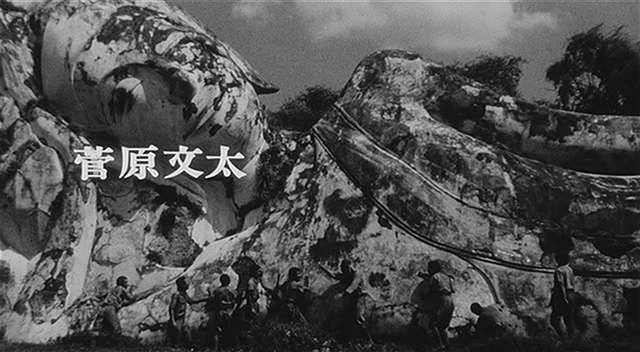 Set against the final days of World War II, The Burmese Harp portrays the experiences of a group of exhausted, war-scarred Japanese soldiers as they prepare to return to Japan. The film focuses on Shoji Yasui, a soldier known to his comrades for his harp playing, who fails to convince a resistant company to surrender and is presumed dead when a battle destroys their hillside encampment. To rejoin his fellow soldiers, Shoji steals the robes of a Buddhist monk and begins to make his way across the countryside. But along the way, he becomes fixated on the hundreds of abandoned, unburied war casualties and begins to assume the duties of his costume and tend to the bodies. Meanwhile, Shoji’s friends mount a search for him, eventually noticing the monk to whom he bears an uncanny resemblance.

note:
There are no subs but the story is virtually the same. If you are familiar w/ the 1956 version, you won’t find any trouble understanding this film.