Marco Ferreri – Storia di Piera AKA The Story of Piera (1983) 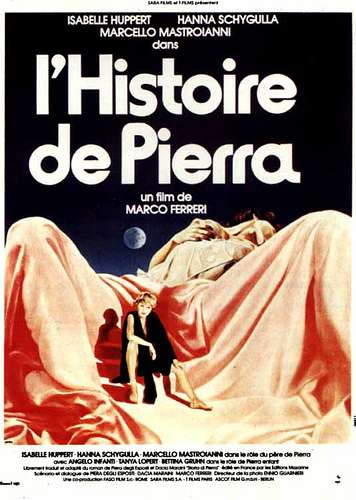 NY Times review
‘THE STORY OF PIERA,’ FROM CHILD TO ACTRESS

The films of Marco Ferreri have a kind of aggressively grotesque intensity about them that, as often as not, inspires laughter, sometimes intentional, as well as shock. He delights in making audiences uncomfortable, which, given the nature of his subjects, isn’t very difficult to do.

In ”La Grande Bouffe” (1973) a group of friends quite happily overeat to the point of death. ”The Last Woman” (1976), one of his wittiest, roughest films, is about the terrible redemption of a gross male chauvinist who uses an electric carving knife to mutilate himself.

Mr. Ferreri’s films look realistic but they are essentially lunatic cartoons, meant to be deadly serious. His new film, ”The Story of Piera,” is a lunatic cartoon that isn’t especially serious, at least in any consistent way. The film will be shown at the New York Film Festival at Lincoln Center today at 3 P.M. and 9 P.M.

”The Story of Piera,” which looks terrifically chic, stars the incomparable Hanna Schygulla with Marcello Mastroianni and Isabelle Huppert, all of whom act with as much intelligence as the circumstances allow. However, somewhere around the start of the second hour it’s apparent that Mr. Ferreri’s comedy has turned into a very heavy, entirely theoretical piece about the nature of love and sexuality. Beyond that, I’m not at all sure.

Piera, played by Miss Huppert, has indeed had a strange life. Her mother, Eugenia (Miss Schygulla), is defined as a free spirit, not because she might be certifiably bonkers but because she wanders the streets of the city picking up men and enjoying them when, as and how she wishes. Piera’s father (Mr. Mastroianni) is a Communist organizer who loves Eugenia deeply but is resigned to the fact that he cannot satisfy her sexually.

The film opens with Piera’s birth at the end of World War II and proceeds through her childhood, adolescence (when she is played by a fine young actress named Bettina Gruhn) and young womanhood until, out of nowhere, she has become a famous actress whose entire repertory appears to be ”Medea.”

Throughout her life Piera has an intense love-hate relationship with her mother, who plays an intimate part in Piera’s introduction to sex. Piera also has intensely sexual feelings about her father. When they kiss, mouths wide open, Eugenia gets a tiny bit huffy. Piera also has a younger brother, who remains off-screen most of the time. That he doesn’t figure in the film, reinforces the suspicion that Mr. Ferreri isn’t as interested in exploring forbidden realms of sexuality as much as he is in photographing Miss Huppert in various quasi-sexual positions with her mom and dad.

Miss Schygulla is as beautiful and mysterious as ever, even when the material seems simply to be muddled. Most of the time Mr. Mastroianni looks embarrassed, perhaps for those of us who are watching the film. Miss Huppert, France’s busiest interpreter of gamines, seems overworked. 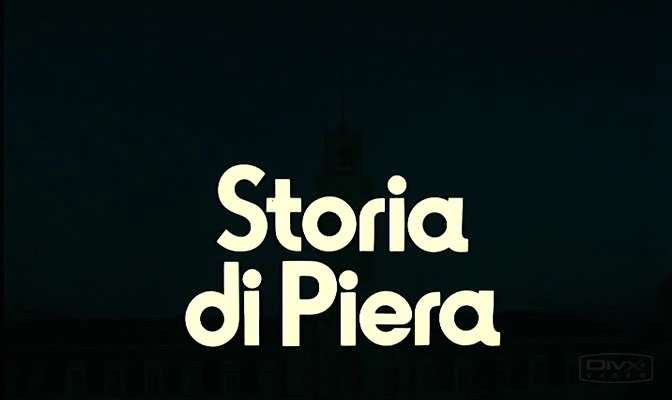 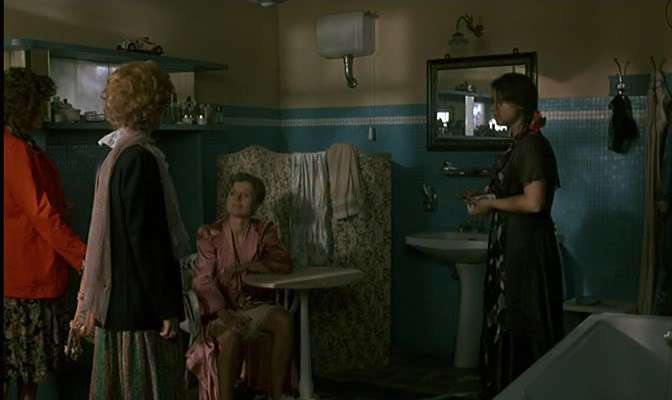 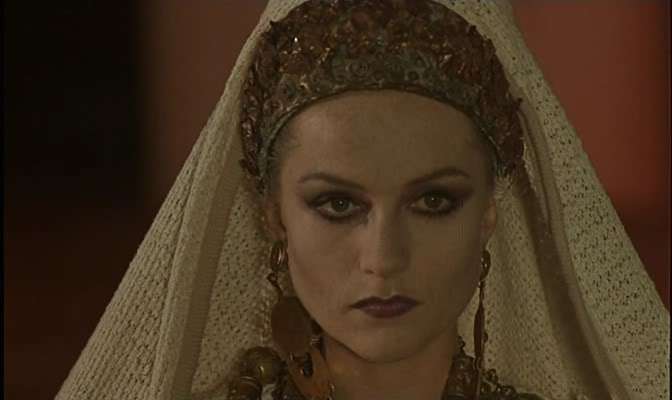