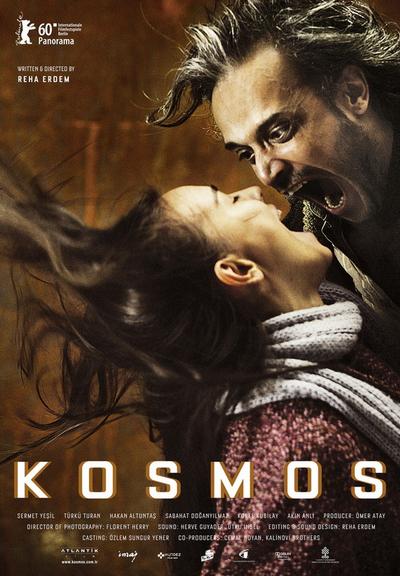 Kosmos, is a rather uncommon person. He never appears to eat nor sleep. His single form of nourishment is the granulated or lump sugar he consumes by the fistful. One of his more striking skills is the ability to scale the tallest trees with uncommon agility. He is also frank in declaring his wish that startles the townspeople: He is looking for love. Soon Kosmos and Neptun, the teenager sister of the rescued boy, grow closer in the most bizarre of ways: imitating the screech of birds in trees and on rooftops.

Born in Istanbul in 1960, Reha Erdem graduated from Cinema Department to Paris University. He received his M.A. in Plastic Arts from the same university. He shot his first feature-length film Oh Moon (A Ay) in 1989 as a French-Turkish co-production. He shot Run for Money (Kac Para Kac) in 1999, Mommy, I’m Scared (Korkuyorum Anne) in 2004, Times and Winds (Bes Vakit) in 2006, My Only Sunshine (Hayat Var) in 2008 and Kosmos in 2009. He wrote all of his films except for Mommy I’m Scared, for which he was one of the co-writers. He also has short films and directed a theater play, Maids (Les Bonnes) by Jean Genet.