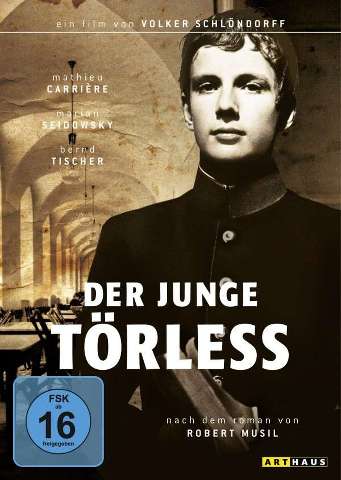 Considered a classic film as it was the first film to put the then New German Film firmly on the (international) map. Also a classic because it was Schlöndorf’s first feature and it is still thought highly of. To be sure, this is a beautiful film to watch with its superb black-and-white cinematography; Schlondörf’s direction makes it into a well paced and staged, stylish film. But I never liked the film; recent re-viewing confirmed my feelings.

Schlöndorf wants to do more than simply bring the viewer the subject and with that the whole thing goes wrong. In trying to convey the deeper meaning of the story as clear as possible the script is written in such way that even the most simple minded can not miss it. The film is lecturing without any subtleties; Schlöndorf never provokes the viewer to think for himself: he has already done it for him. Nor is there any nuance in the psychology of the different characters.

And what about the cast? In 1966 (and still) praised for their effort as inexperienced actors. Well, I think that most of the acting is downright poor, or never goes further than reciting lines. In the meantime we have come to know Mathieu Carriere better during his career; Carriere is in this his first film as boring as he still is. Of course the actors were not helped much by the literary dialogue, another feature that was (and is) praised so much; most of it I find simply laughable. Classic miscast is Barbara Steele, who seems to have walked in from the set of a typical sexploitation film, including acting style.