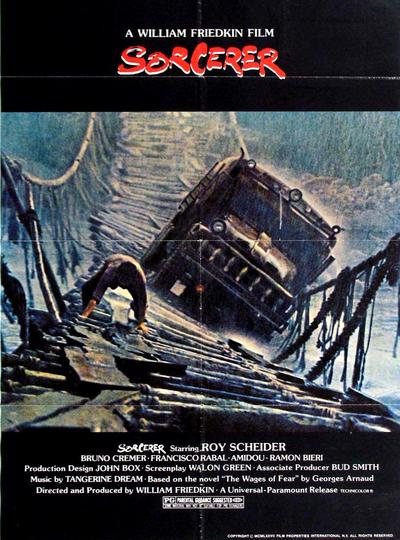 Description: Sorcerer is a 1977 film, produced and directed by William Friedkin, starring Roy Scheider, Bruno Cremer, Francisco Rabal and Amidou. It is a remake of the 1953 French film Le Salaire de la Peur (Wages of Fear). Sorcerer followed Friedkin’s highly successful The French Connection and The Exorcist, but was a major commercial failure. The budget was estimated at over $22 million, a substantial sum at the time. With a gross of $12 million, the film did not recoup its costs. The film was co-produced by Universal Pictures and Paramount Pictures, with Universal handling U.S. distribution and Paramount handling the international release. Sorcerer is also notable for its electronic score by Tangerine Dream, which was their first Hollywood film soundtrack, and led to them becoming popular soundtrack composers in the 80s.

Synopsis: The film tells the tale of four international criminals on the run from the law. In desperation, they flee to a remote village in an unnamed country in Latin America (probably Nicaragua, given the mention of Managua in the film) whose economy is heavily dependent on the local oil company. An oil well over 200 miles away has caught fire, and can only be extinguished with explosives. The criminals are given a chance to earn money, and win local citizenship, by driving trucks carrying unstable dynamite (because it was improperly stored, it is now “sweating” nitroglycerin, and may detonate if subjected to shock or vibration) to the oil well. On the way, they meet with various hazards that block their journey, including a decrepit rope-suspension bridge swinging violently in a huge storm over a flood-swollen river, a massive tree lying across the road, and desperate rebels. 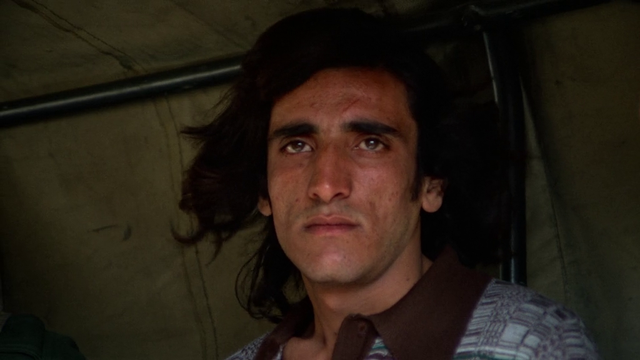 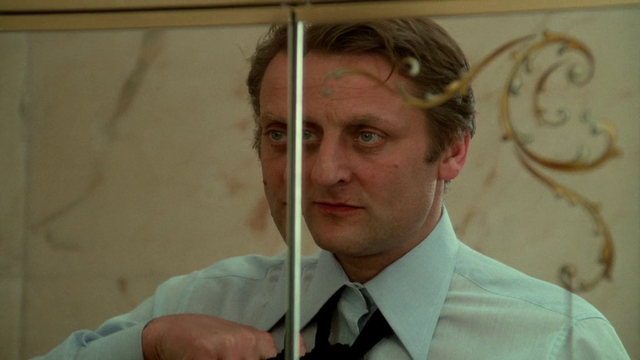 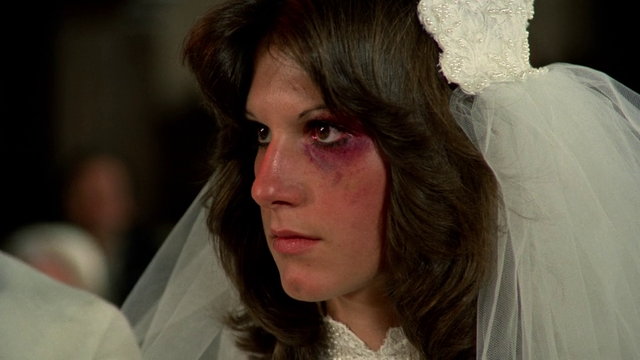 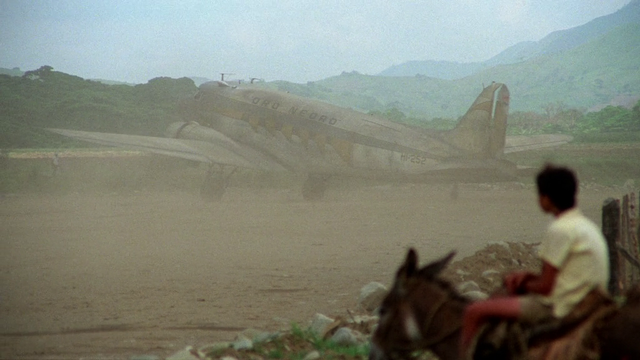 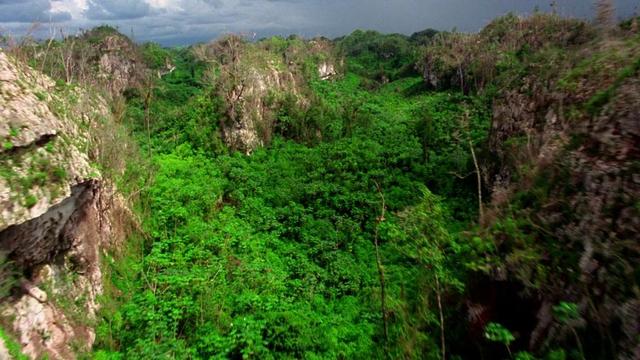