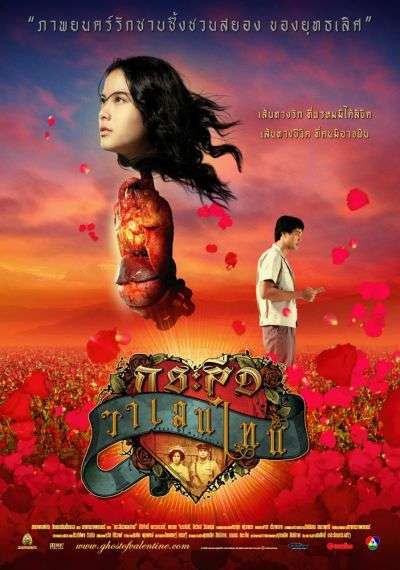 A Thai tale of the legendary Krasue (also known as the ‘P’ Graseau, or the Penanggalan in Chinese), a Southeast Asian Ghost, composed of a disembodied witch with a flying head and entrails dangling beneath. Political intrigue, black magic, unrequited love and disembowlment all fit together perfectly for an evening of family fun with the witch with the flying head. Written by J.W. Case

]In this ghastly revenge tale from the ancient past, Arawati, a Khmer princess, is forced to marry the conquering tyrant of the new Thai regime, but is in love with one of his soldiers. After being sentenced to death after being caught in a hidden love affair with the young soldier, she is burnt alive, yet not before she has magical incantations spoken over by a Khmer priestess. Although she is burned at the stake, this Khmer magic enables her soul to remain unharmed in her head and bowels, which escape the scene as she is transformed into the Southeast Asian Horror, the Krasue (a.k.a. P’Graseau, or Penanggalan in Chinese), a witch with a flying head. At the same time in another village, another young woman named Dao, who just happend to be her identical twin, dies by black magic because of rejecting the advances of the son of the village sorcerer. Arawati’s soul occupies Dao’s corpse in order to stay alive on earth, and at night, her head and entrails leave Dao’s occupied body to drift in the air looking for prey. The local villagers are confused about why Dao has resurrected, and why she can’t remember some of their names, but they fail to suspect her as the local will-o-wisp that begins by disembowling animals and then moves on to bigger and better victims, blaming instead a local dishevelled old woman on the outskirts of town. Will they find out before it’s too late? Watch the film! Written by J.W. Case 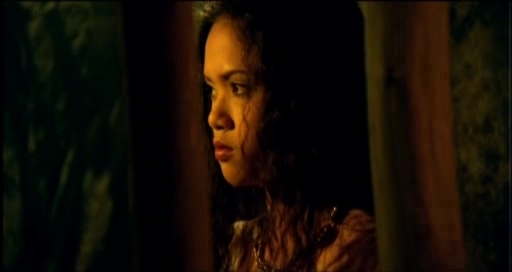 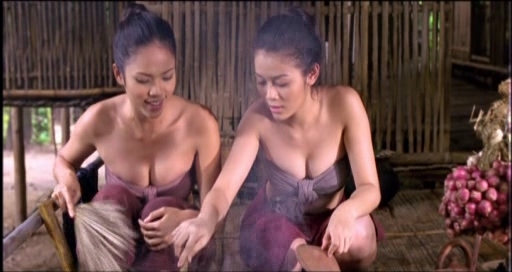 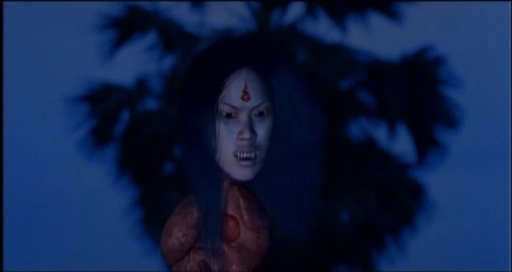