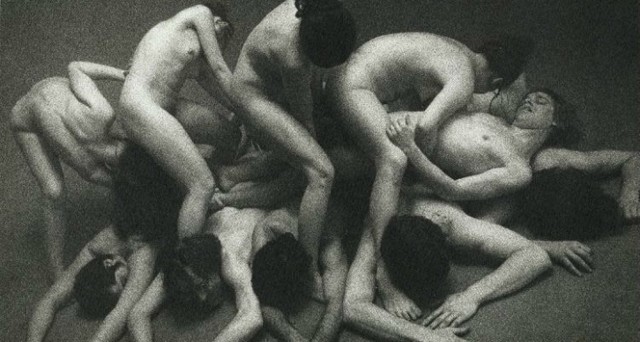 “NY Times wrote:
RICHARD SCHECHNER’S “Dionysus in 69” played during 1968 and 1969 in a converted garage on Wooster Street. Brian De Palma made his movie version in the course of just two actual performances. It opened yesterday at the Kips Bay Theater.

Although rough in a few technical details, it is a film of extraordinary grace and power. With exceptional imagination and intelligence, De Palma has managed both to preserve the complex immediacies of Schechner’s dramatic event (based on “The Bacchae” of Euripides) and to work those immediacies into the passionate and formal properties of his own creation

Schechner approached “The Bacchae” not so much to re-interpret the play as to re-experience some of the impulses surrounding and informing it—to which end Euripides’s lines were sometimes useful, and sometimes not. Schechner’s troupe, the Performance Group, would by turns chant, or dance, make love, plot murder, whisper to the audience, or among themselves hold group therapy sessions.

De Palma uses a split screen, and he uses it in a variety of ways. Both sides of the screen always record the same moment in the production. But sometimes they will show different parts of the arena (the Performing Garage was a kind of multi-level theater in the round, with cast and audience often sharing spaces). Sometimes they will develop different points of view toward a single action. Sometimes they will place an apparently random event in formal perspective, and at the same time isolate important detail.

The sequences in which the chorus of Bacchantes in effect give birth to Pentheus (William Shephard) and Dionysus (William Finley, in a fine performance) is so treated, and it makes a kind of patterned energetic sense on film that it did not, for me, make in production.

And yet the film is a record of the production, slightly cut (the group therapy, blessedly, is gone), and not an attempt to extend the boundaries of theater through “cinema.” Partly for this reason it is exciting as a movie, approaching its material with great brilliance and ingenuity, but never trying to supersede the material.

Between the two principal personalities involved (I’ll except Euripides, who really deserves most of the credit—but in a different kind of review) a mutually enriching tension seems to exist. For if Richard Schechner’s power looks the greater for being framed within Brian De Palma’s cameras, so De Palma, a witty, elegant, understated young director (for example, “Greetings”) seems to have found new ease and vigor and a taste for risks in meeting the challenge of this film.