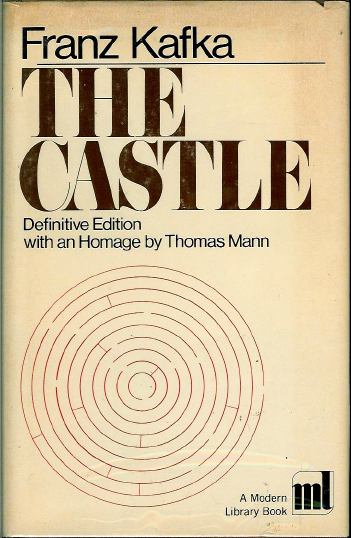 The Castle is a philosophical novel by Franz Kafka. In it a protagonist, known only as K., strives to gain access to the mysterious authorities of a castle that governs the village where K. has arrived to work as a land surveyor. Dark and at times surreal, The Castle is about alienation, bureaucracy, and the seemingly endless frustrations of man’s attempts to stand against the system.

Kafka began writing The Castle on the evening of January 22, 1922, the day he arrived at the mountain resort of Spindlermühle (now in the Czech Republic). A picture taken of him upon his arrival shows him by a horse-drawn sleigh in the snow in a setting reminiscent of The Castle.[1] Hence, the significance that the first few chapters of the handwritten manuscript were written in first person and at some point later changed by Kafka to a third person narrator, ‘K.'[2]