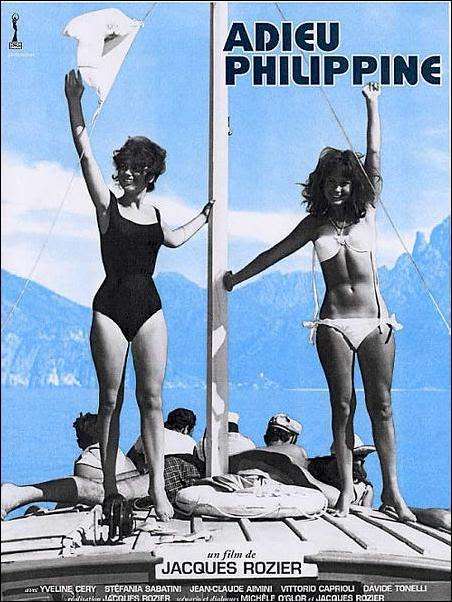 Summary: Michel is a young man who works as a trainee operator in television, a temporary job before his military service. He meets and becomes friendly with two young women, Liliane and Juliette, aspiring actresses who lack the talent to land roles in anything greater than mediocre TV ads. The three friends share a holiday in Corsica, which will be Michel’s last break before being drafted into the French army, most probably to fight in the war in Algeria.

Quote:
One by one, over the years, from “Les Bonnes Femmes” to “L’Amour Fou,” the lost films of the French New Wave have made their appearance in New York. You could still program a sizable festival from what is left to be seen (work by Chabrol, Astruc, Melville will do for starters). But it seems especially ironic that perhaps the most agreeable, and surely one of the loveliest, of all New Wave movies, Jacques Rozier’s “Adieu Philippine,” made in 1961, should have had to wait so long. It opened yesterday at the New Yorker Theater.

“Adieu Philippine” was not a commercial success in Europe, and Rozier, now in his forties, has been able to make only one feature film since. But when it came out, Eric Rohmer and Jacques Rivette classified it a masterpiece; and a still from it (two smiling girls in bathing suits) graced the front cover of the superb “Nouvelle Vague” issue of Cahiers du Cinéma. To a degree it was valued for what seemed a prophetic newness in the wedding of cinéma-vérité techniques to a fictional subject. For one reason or another — mostly personal pleasure — I’ve seen “Adieu Philippine” half a dozen times at screenings since the early nineteen-sixties, and it remains a beautiful movie; important not for its technique but for its expression of a lyrical sensibility rare enough in any decade.

The title refers to a French kids’ wish-granting game and “phillipine” means “sweetheart.”. The sweetheart in question, Michel (Jean-Claude Aimimi), works in television, mainly pushing cables away from moving cameras — a job at which he is none too successful. One day he picks up a pair of teen-age girls (Vveline Céry and Stefania Sabatini) and casually begins to romance them both in his time off and eventually through a beachcombing vacation in Corsica. There is a comic subplot — actually very funny — about a crooked producer of TV commercials (Vittorio Caprioli). But there is no main plot to speak of — except the progress of a casual affair, the passage of relaxed time, and in the distance for Michel, national service and, presumably, the Algerian War.

Inevitably “Adieu Philippine” deals with an end to innocence, or the encroachment of time, or whatever happens in a young person’s life to signify the frailty of wishes against the demands of necessity. Both the girls fall in love—just as Michel is called up. He is left with nothing of love but a long, overwhelming, harborside farewell. For the movie, which is awkward in its greetings, is magnificent in its good-byes — and, given its rich romanticism, that may be the best clue to its meaning,

Typically, the most beautiful moments in “Adieu Philippine” are not its events but its interludes. The two girls walking along a succession of Paris streets, tracked at eye level by the camera, and virtually orchestrated with the rhythm of a tango on the sound track. One of the girls (Miss Céry), on the evening of Michel’s departure, dancing by herself for a while in a perfect evocation of the seriousness of desire. Or the departure itself, set to music, like so much of the movie, Michel on the boat to Marseilles, the girls ashore; in a breathtaking passage that by the simplest means creates a deep and subtle visual correlative for what it means to take one’s leave.

In a sense, Rozier’s is a cinema of privileged moments — moments that, account for its success and generate its poignancy. 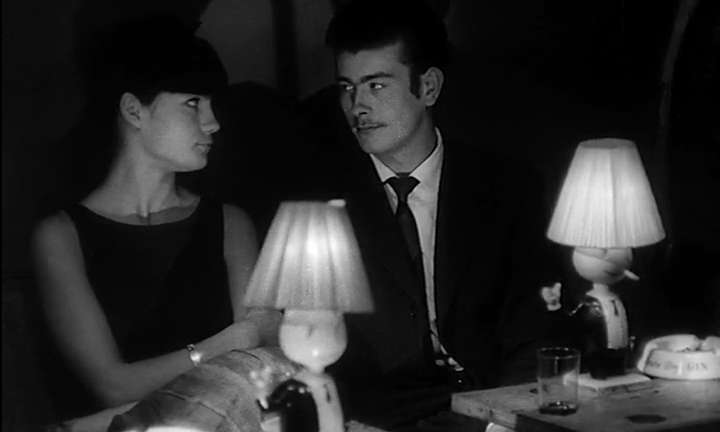 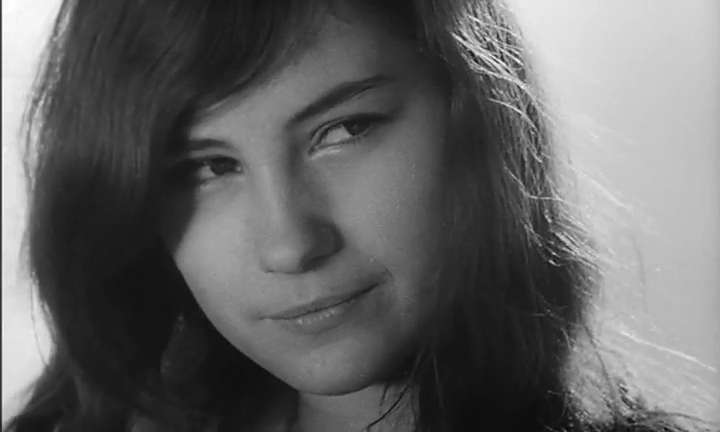 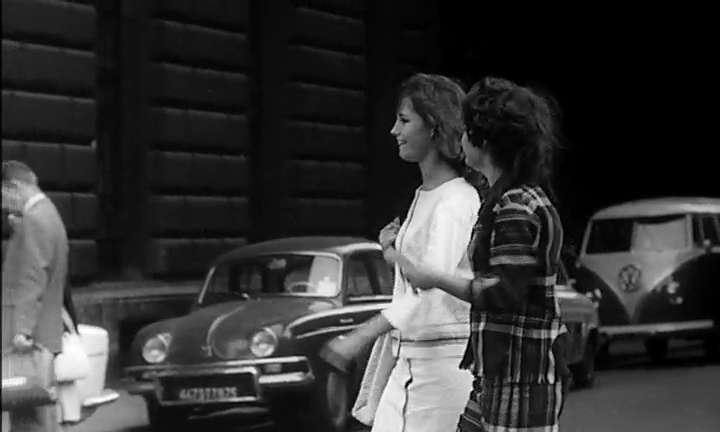 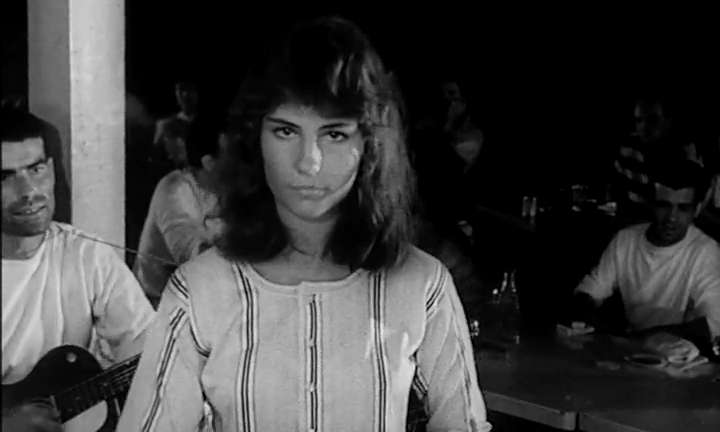