One of the best movies of the Brazilian Cinema Novo movement, as well as a key work by that movement’s greatest auteur, How Tasty Was My Little Frenchman has been a favorite of film scholars since its 1971 release, when it was banned in its home country and rejected by the Cannes Film Festival for its “excessive nudity.” Outside of film schools and cinematheques, however, this subversive satire has been relatively inaccessible in America, a situation that the indispensable New Yorker Video label has finally rectified with their DVD release of the film. Director Nelson Pereira dos Santos sets his outrageous comedy about cultural misunderstandings in the 16th century, but his gifts as a cinematic storyteller allow the movie to resonate with modern audiences as though it was set—and produced—yesterday.

In the coastal wilds of 16th-century Brazil, a French soldier (Arduino Colasanti) escapes his officers—only to be captured first by the Portuguese and then by a tribe of man-eating Indians. Mistaking him for one of their mortal enemies, the Portuguese, the Indians decide to kill him for his crimes and then to eat him for his powers. But first he is given a long period of relative privilege, enjoying a young Indian wife (Ana Maria Magalhaes) and counseling the tribal chief (Ital Natur). This period is the central concern of the film.

But it is not the only concern. “How Tasty Was My Little Frenchman” means to be a meditation on the past and perhaps the future of Brazil—ironic, often comic—and it mixes fictional drama with allusions to economic, social and religious history. In portraying its Indians, it exercises great care (there is an elaborate Indian village, which looks for all the world like a superb, animated textbook reconstruction), and if they sometimes suggest too much the noble savage, they at least represent an attempt at verisimilitude.

The verisimilitude, of course, is something of a joke. The Indians are middle-class white Brazilians (ordinary men and exceptionally beautiful young women) stripped down and reddened up for the occasion. “How Tasty Was My Little Frenchman” is the first absolutely non-exploitative (not nonerotic) movie I have seen to require almost total nudity from its cast, both sexes. Everyone is very convincing, but not always so convincing as to dissociate daily life in a 16th-century Indian village from just having an awfully good time.

But in the last analysis the film isn’t all that funny, and it doesn’t really mean to be. A very uneven work, its best passages are among its most serious—especially one sequence near the end, when the Indian wife describes for her captive husband the ritual that is to be his death. Half-dancing, sometimes smiling, sometimes almost crying, she re-creates on a barren place—a huge rock by the seashore—all the elements and emotions of a complex and fateful drama. It is a lovely performance, and, in its respect for space and movement, it seems very close to the spirit of classic cinema. NYT Review 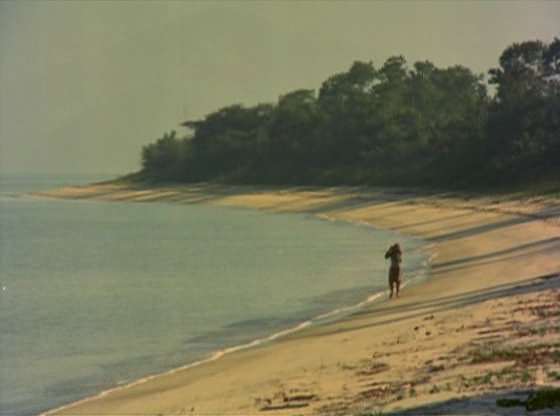 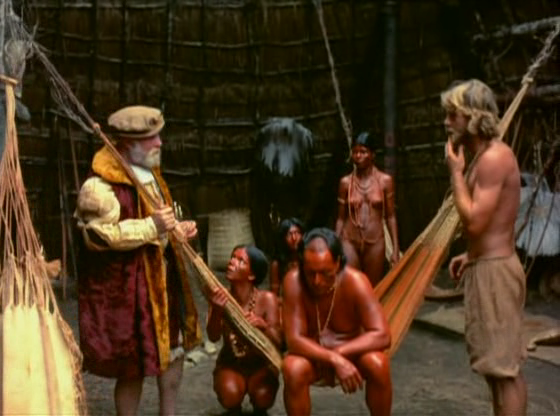 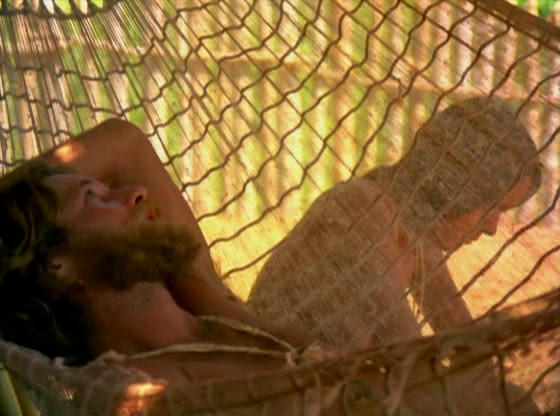 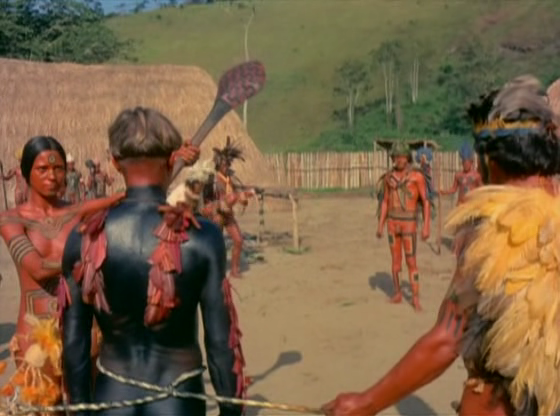