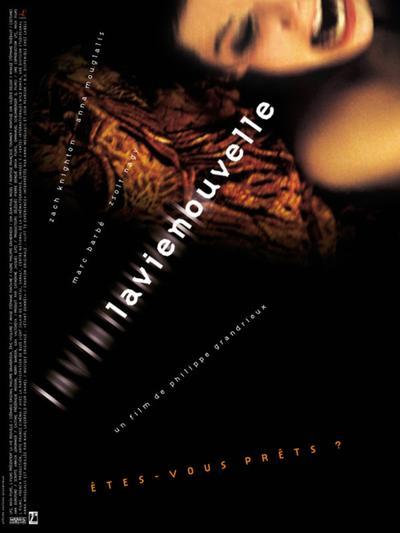 La vie nouvelle, with its schizophrenic camera and piercing audio frequency, provokes a dangerous sensation. It pulsates like a tremor, as if we’re entering a universe after some unnamed, unmentioned nuclear disaster. While it’s easy to make visual association to familiar images of horror like Night of the Living Dead when the film opens on a dark pasture with zombie-like peasants, Salò; or The 120 Days of Sodom while a group of Russian criminals strip a group of beautiful youths naked or Twin Peaks: Fire Walk with Me as characters malevolently scream into the air, Grandrieux’s vision is wholly unique.

Melania (Anna Mouglalis) is one of those Salò youths, stripped first of her clothes and then of her hair before entering some sort of sex trade. Seymour (Zachary Knighton) is the Yankee teenager, somehow wrapped up in this seedy world, who wants to save her, even if he can’t get an erection while they’re fucking and even if he isn’t sure why he wants to help her.

I’ve seen my fair share of depressing movies but little dare come near the territory where La Vie Nouvelle resides. The closest comparison to make is Irreversible’s rectum scene expanded to a full 100 minutes.