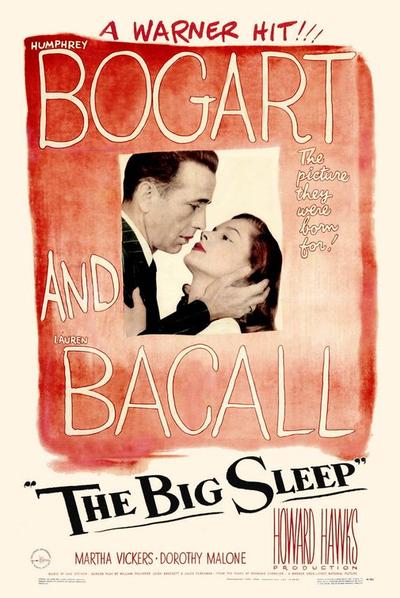 This is the 116 min. version that IMDB calls the director’s cut.

The following describes the main differences between the two versions and why two versions were created:
After the film was completed, it was shelved while Warner Bros. worked to release a backlog of war-related films. It was decided that since the war was drawing to a close, public interest in these films would substantially lessened after its conclusion, whereas The Big Sleep had no such obvious issues of time sensitivity which would require a more immediate release. (A careful eye will spot many indications of The Big Sleep being shot during the war, such as ration stamps and dialogue, and pictures of president Franklin Delano Roosevelt.)
Once the war ended, and Warner Bros. planned to release The Big Sleep, the “Bogie & Bacall” phenomenon caused by their electric appearance in To Have and Have Not as well as their subsequent marriage, was in full swing. Bacall’s agent requested that portions of the film be reshot to capitalize on her newly attained celebrity. Studio head Jack Warner agreed, and new material, such as the suggestive “horse racing” scene was added (even though, contextually, it makes no sense whatsoever). Parts of the ending were also reshot, with Peggy Knudsen now in the part of Mona Mars, owing to the original actress, Pat Clark, being unavailable. While there is only a difference of two minutes in the run time of both versions, there is over twenty minutes of different footage between them. This resulted in a great deal of confusion being artificially imposed on what was an already intricate plot. In its revised form, The Big Sleep made its theatrical debut on 23 August 1946. – Wikipedia 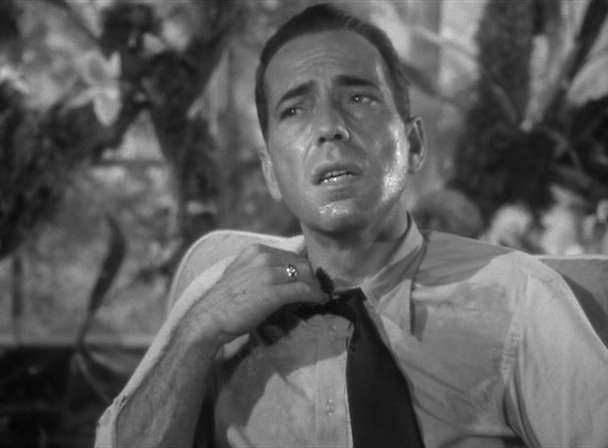 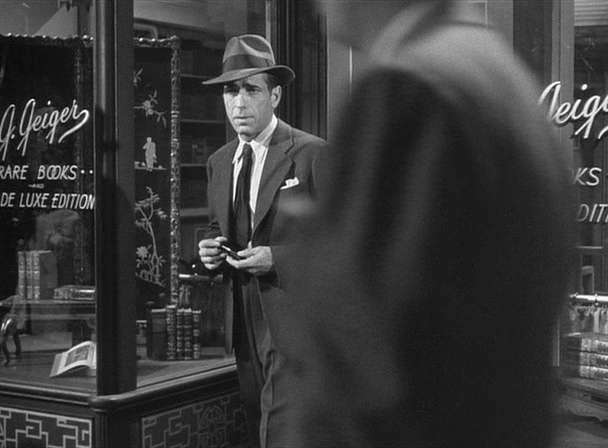 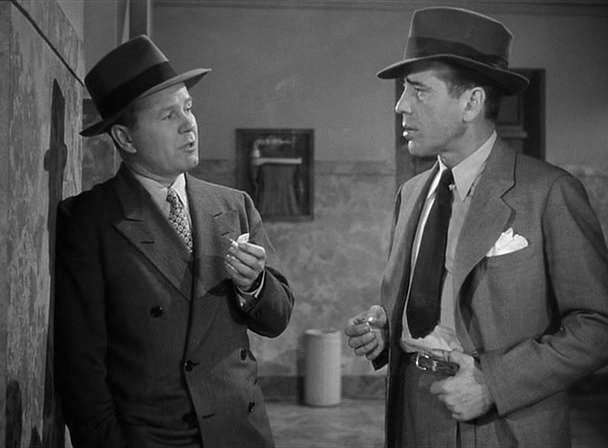 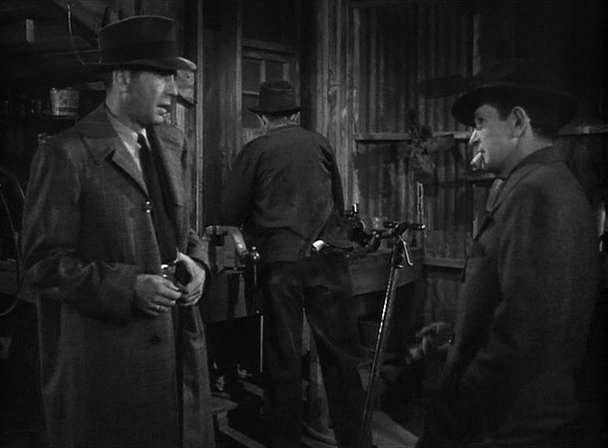