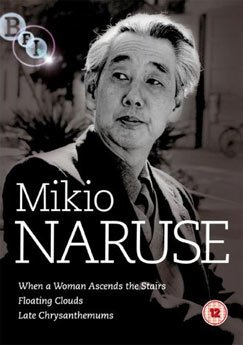 Quote:
“The elegance and indisputable hard punch of Naruse’s storytelling become immediately clear the moment the lovers kiss and the director cuts, midclinch, to an almost identical shot of them kissing in the past, an edit that suggests this is a passion that transcends even time and space.”
– Manohla Dargis, New York Times (October 28, 2005)

All Movie Guide’s Plot Synopsis
Spoiler:
Floating Clouds is set in the dissolution of Japanese society after the war. Yukiko wanders figuratively and literally through a devastated Tokyo searching for a means of existence and comfort. At all turns, she is manipulated by men and forced to submit to their manipulations when she is unable to support herself. Returning to Tokyo at the end of the war, Yukiko tries to get a number of jobs but none of her attempts are successful. As a result she turns to prostitution, catering to American occupation forces. During this time a number of men, including her brother-in-law and her former lover Tomioka, come forward to help her, but their generosity is only a mask for their sexual desires. Eventually Tomioka’s wife dies and he takes Yukiko to an island where he is to begin a new job. Their happiness is forestalled when Yukiko, sorely tried by her life, falls ill and dies. 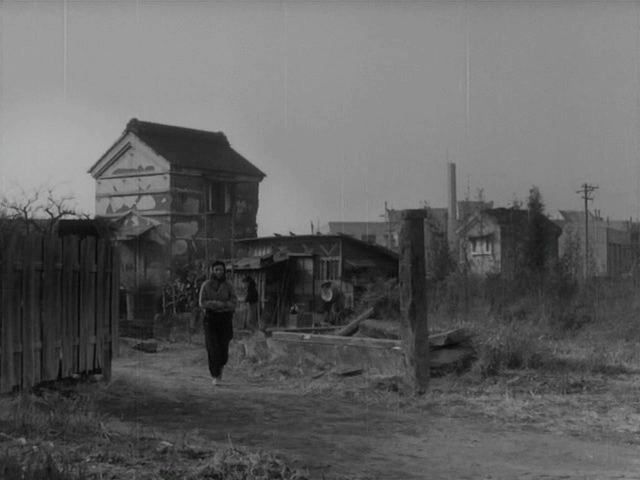 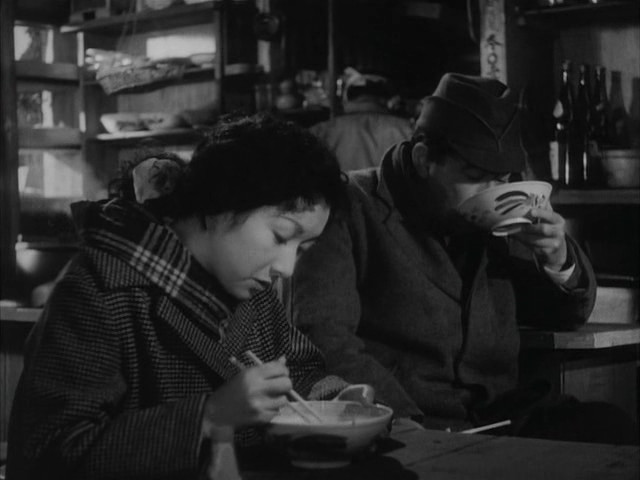 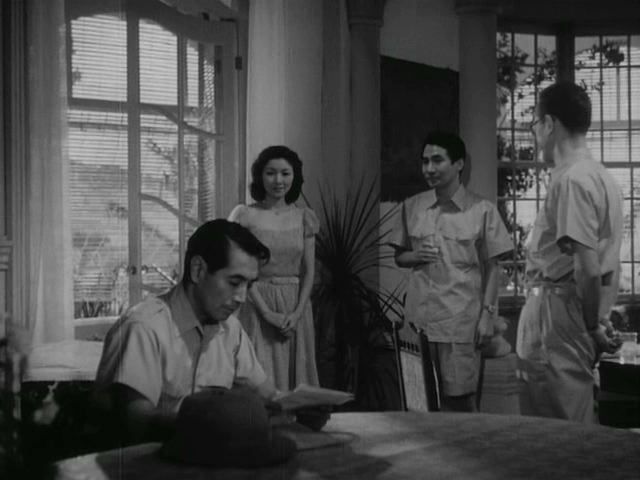 Quote:
“A haunting memory-sequence of Indochina, lit more brightly than the rest of the film and with a Bolero-like musical figure behind, depicts the couple’s first sexual attraction… Elegant-looking even when his character has fallen on hard times, the sardonic Mori is finally worn down by Takamine’s love… in one of the most moving endings in Naruse, we sense that a man like him can only feel love in the form of pity and remorse.”
– Phillip Lopate, A Taste of Naruse 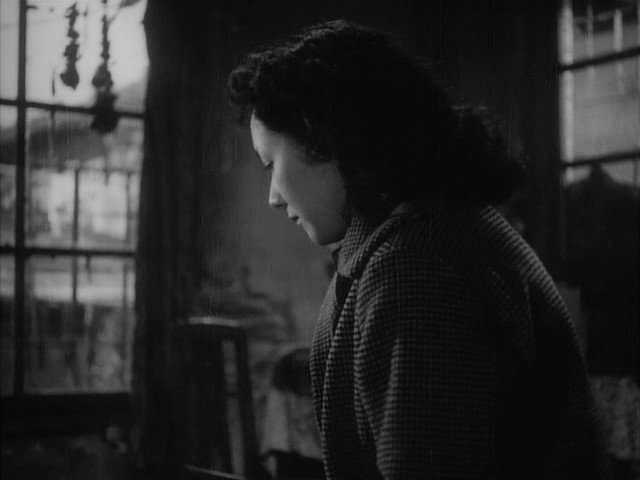 Quote:
Based on a novel by Showa-era novelist and prose writer Fumiko Hayashi, Floating Clouds is a spare and understated, yet affecting portrait of melancholia, spiritual resignation, and unrequited longing. Mikio Naruse incorporates temporal nonlinearity through narrative ellipses and interwoven episodic flashbacks to create a sense of discontinuity that reflects Yukiko’s inconstant and moribund relationship with the callous and mercurial Kengo. Similarly, the film’s intrinsic visual economy and pervasive musical soundtrack – a languid, elegiac composition by Ichiro Saito – serve as a solemn accompaniment to, and innate reflections of, the couple’s transitory, emotionally detached, and aimless walks that further instill a somber, reinforcing leitmotif for Yukiko’s irredeemably doomed love affair: Yukiko’s initial visit to the Tomioka home, Kengo’s unannounced visit to Iba’s residence to borrow money, Kengo’s reluctant reunion with Yukiko at a seaside resort town. In the end, the sad and dispirited melody provides the funereal tempo to a reluctant, but inevitable ceremonial march: the unalterable course of a soul’s passage through the disillusionment and heartbreak of a cruel, hopeless, and unforgiving world in its elusive search for happiness.
Strictly Film School 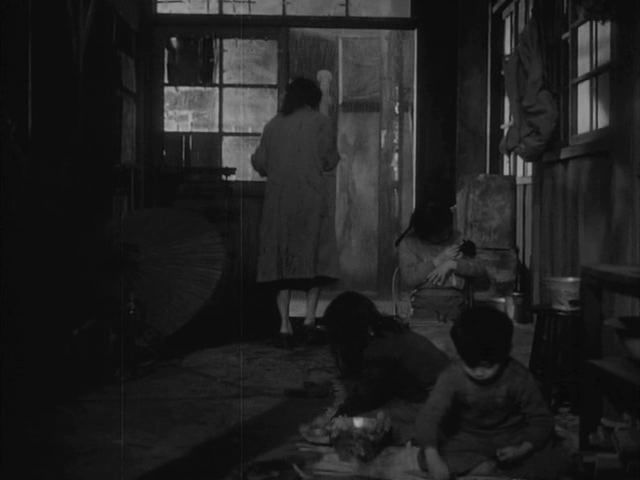