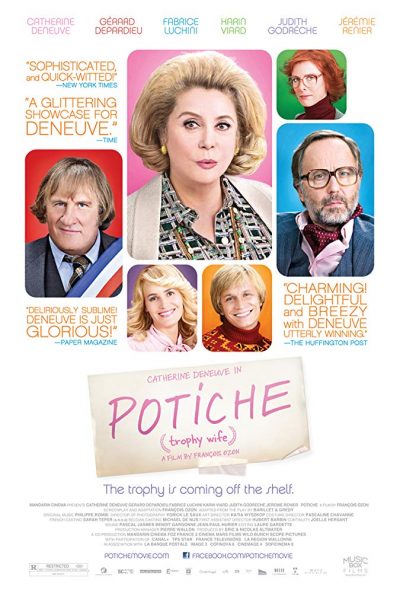 Synopsis :
When her husband is taken hostage by his striking employees, a trophy wife (Deneuve) takes the reins of the family business and proves to be a remarkably effective leader. Business and personal complications arrive in the form of her ex-lover (Depardieu), a former union leader. 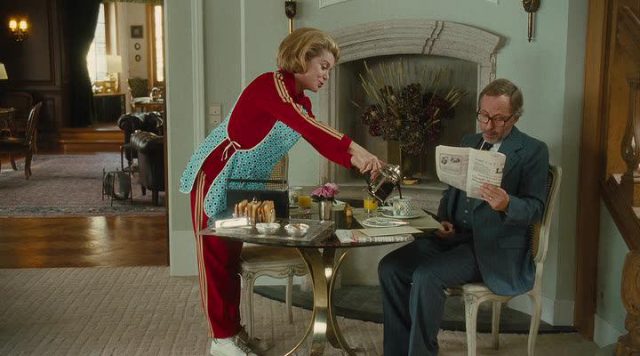 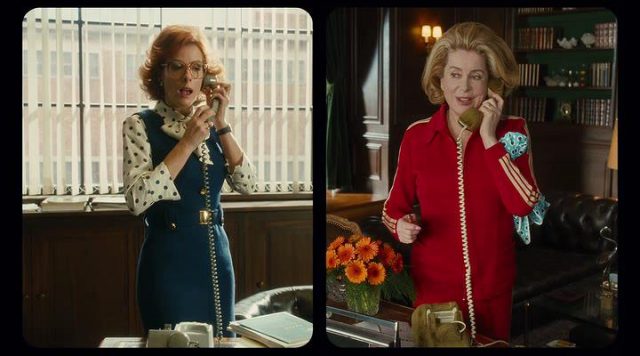 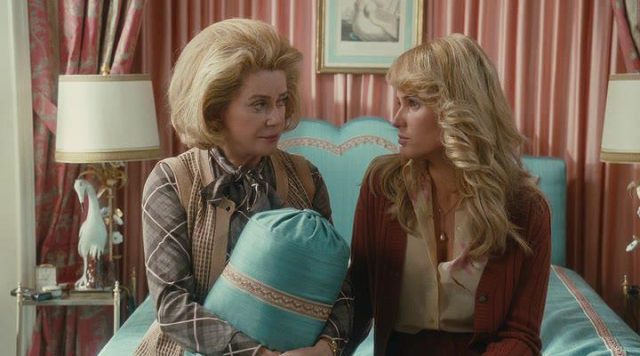 A trophy wife proves capable of much more than acting as an adornment for her egotistical husband in director François Ozon’s adaptation of the hit play by Pierre Barillet and Jean-Pierre Grédy. Saint-Guénolé, France: 1977. Their children having long since grown up and moved out, submissive housewife Suzanne Pujol (Catherine Deneuve) spends most of her days catering to her ornery husband, Robert (Fabrice Luchini), the owner of his family’s prosperous umbrella factory. But Robert is hardly a savvy businessman, so when his workers protest their poor working conditions by going on strike, the stress leads him to suffer a massive heart attack. This provides Suzanne with the perfect opportunity to finally show her true value, and with a little help from the mayor (and her former lover), Maurice Babin (Gérard Depardieu), the much ridiculed trophy wife manages to get the factory back up and running so efficiently that the exasperated, trash-talking workers are forced to eat their words. Later, Robert makes a full recovery, and resorts to some decidedly unethical tactics to wrestle back control of the factory. But Robert’s hasty grab for power sparks a bitter battle of wills with his unusually shrewd wife, who isn’t about to give up her newfound leadership role without a fight.(allmovie) 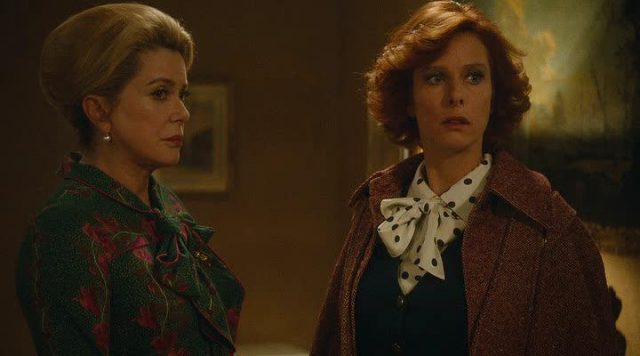 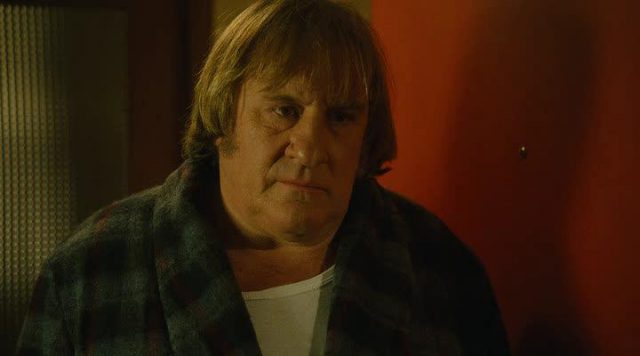 They just don’t make movie stars like Catherine Deneuve anymore. It’s not just a matter of her beauty, though she’s still a radiantly lovely woman at the age of 67 — Deneuve has the rare ability to seem perfectly naturalistic while firmly holding the screen with her presence, and she can effortlessly play both comedy and drama, sometimes moving back and forth between both in a single picture without ever seeming less than authentic. Not many actresses could carry a picture with the grace and ease that Deneuve brings to Francois Ozon’s smart but frothy comedy Potiche, and she does it with the unaffected confidence of a woman who has been doing this for decades . . . doubtless because she has been doing this for decades, without losing a bit of the charm and style that’s made her one of the great women of the European cinema. 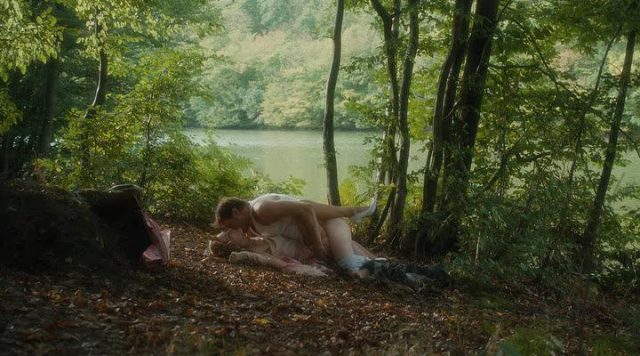 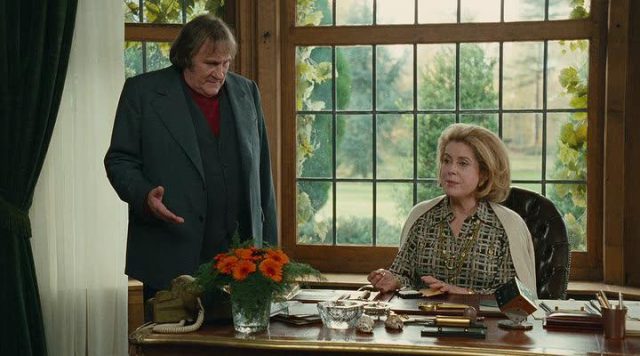 Potiche is set in 1977, with Deneuve playing Suzanne Pujol, a well-to-do housewife. Suzanne’s father was the founder of a successful umbrella company, which was later taken over by her husband Robert (Fabrice Luchini). Years later, the firm is still turning a handsome profit, but no one is very happy about it — Robert takes a firmly combative stance in his dealings with labor unions, who are tired of being nickel and dimed and are more than eager to strike. Robert isn’t any easier to get along with at home; he’s not much of a husband to Suzanne, sleeping with plenty of women on the side while keeping up a long-term affair with his secretary Nadege (Karin Viard), and his relationship with his two grown children, Laurent (Jeremie Renier) and Joelle (Judith Godreche), is strained at best. Robert’s relations with his employees hit a new low when he’s taken hostage by union leaders who are furious at his refusal to negotiate. Rather than call in the police, Suzanne instead calls in a favor with Maurice Babin (Gerard Depardieu), a local politician who is also an outspoken labor activist. Many years ago, Suzanne and Babin had a brief fling not long after she married Robert, and he’s still infatuated with her and willing to use his influence to see Robert released. The next morning, Robert is furious to learn than Babin intervened on his behalf — so much so that he has a heart attack and is sent to the hospital. Someone needs to sit in for Robert while he’s undergoing tests, and the responsibility falls to Suzanne. To the surprise of everyone, including Suzanne herself, she turns out to be a savvy negotiator who wins the respect of the union, and soon the factory is back in business. While Robert is sent on a three-month vacation, Suzanne steadily makes changes at the company, bringing in Laurent and Joelle to work with her and earning the respect of her employees by making the factory a better and more productive place to work. After years as a docile trophy wife, Suzanne discovers she likes working with people and doing things her own way, which complicates matters when Robert returns and expects his wife to step down without prompting. 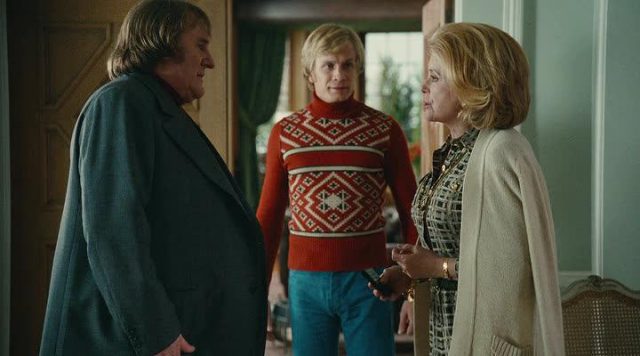 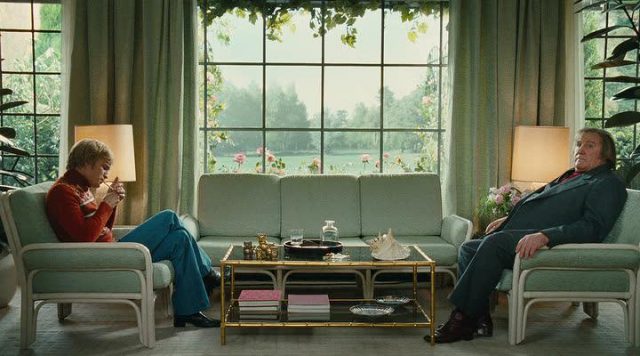 After more than four decades in movies, it should come as no surprise that Catherine Deneuve delivers a fine performance in Potiche, but it’s nevertheless impressive just how good she is. Deneuve manages to gently communicate her dissatisfaction with her marriage even before Suzanne seems fully aware of it, and the joie de vivre she makes a subtle but consistent part of the role is never overplayed but registers with just the right impact. Deneuve also makes Suzanne richly desirable regardless of her age, and the spark between her and Gerard Depardieu feels genuine — enough so that you can’t help but wish Babin were a bit more attractive, as it’s hard not to feel she’d be trading down to end up with him. Fabrice Luchini is hilarious as the endlessly arrogant Robert and he plays off Deneuve beautifully, while Karin Viard make the most of her impressive comic skills as Robert’s mistress turned Suzanne’s ally. If Judith Godreche’s role doesn’t always give her much to work with, she’s beautiful enough to be believable as Suzanne’s daughter, and Jeremie Renier is wise enough not to overplay his character’s secret, which becomes clear long before it’s on the table. And Francois Ozon’s handling of this material is inspired. While the political and feminist underpinnings of this story are treated with all the seriousness they deserve, Potiche is first and foremost an entertainment, and Ozon keep the story moving at a brisk pace, has given it a glossy visual style that honors the era in which the story takes place without turning it tacky or silly, and reminds us that a good farce needs to communicate to the heart and mind as well as the funny bone. If Potiche works as a feminist document, it’s because Ozon’s story (he wrote the screenplay, adapted from a play by Pierre Barillet and Jean-Pierre Gredy) shows how a woman can discover her strengths under unlikely circumstances, and here Suzanne’s wisdom is never questioned — the surprise is how she’s finally permitted to do something worthwhile with it. As Suzanne, Deneuve plays a woman with charm, intelligence, understanding and plenty of nerve, and while she plays the part flawlessly, Ozon thankfully gives her just the right surroundings and support to present the actress and her character at their best advantage, and in their hands Potiche is an absolute delight.(allmovie)