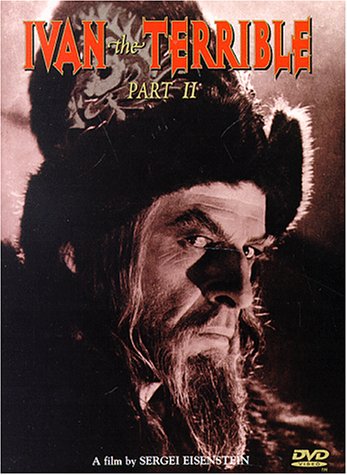 His wife dead from poisoning and his chief warrior, Kurbsky, defected to the Poles, Ivan is lonely as he pursues a unified Russia with no foreign occupiers. Needing friendship, he brings to court Kolychev, now Philip the monk, and makes him metropolitan bishop of Moscow. Philip, however, takes his cues from the boyars and tries to bend Ivan to the will of the church. Ivan faces down Philip and lets loose his private force, the Oprichniks, on the boyars. Led by the Tsar’s aunt, Euphrosyne, the boyers plot to assassinate Ivan and enthrone her son, Vladimir. At a banquet, Ivan mockingly crowns Vladimir and sends him in royal robes into the cathedral where the assassin awaits 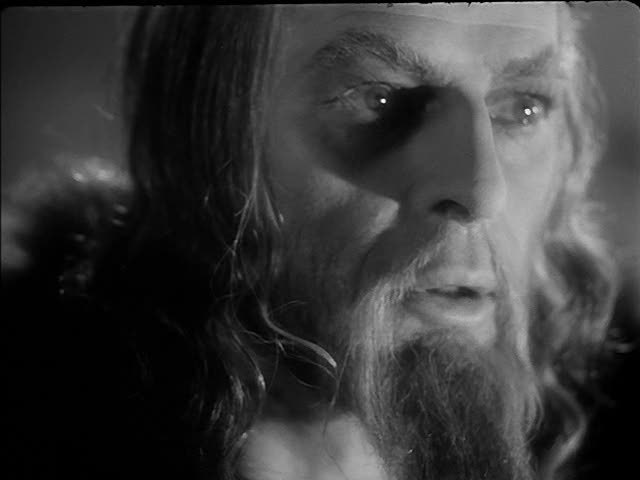 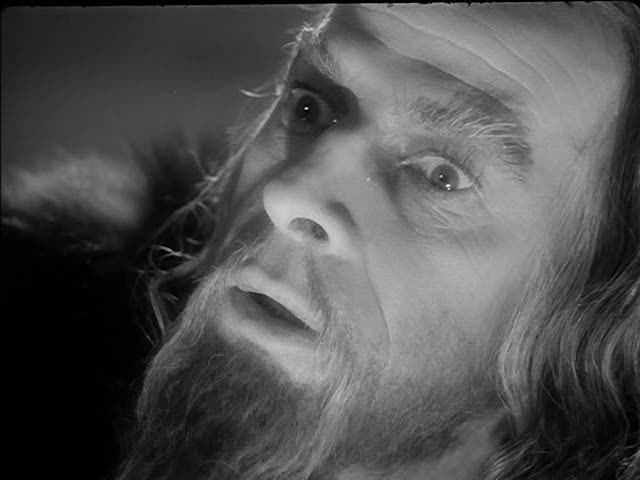 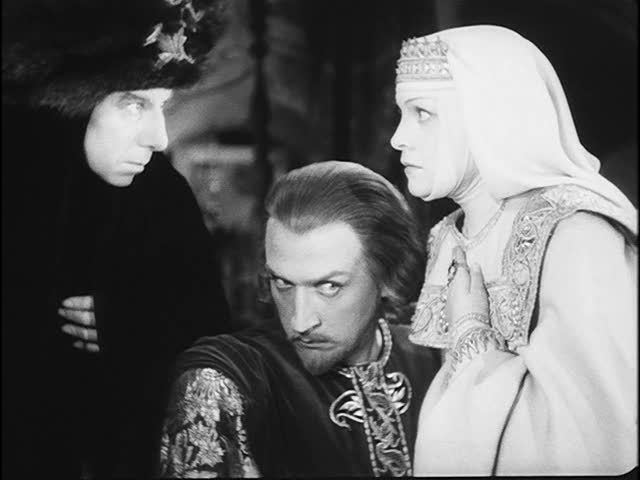 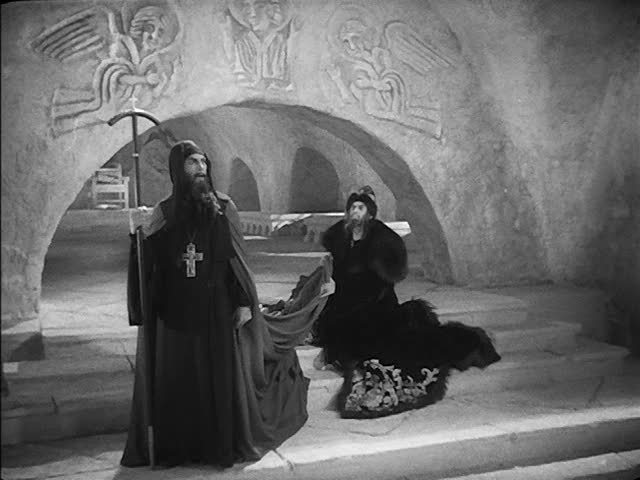 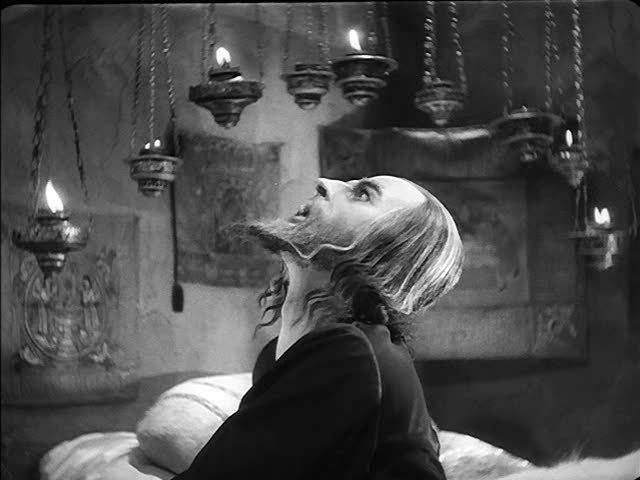 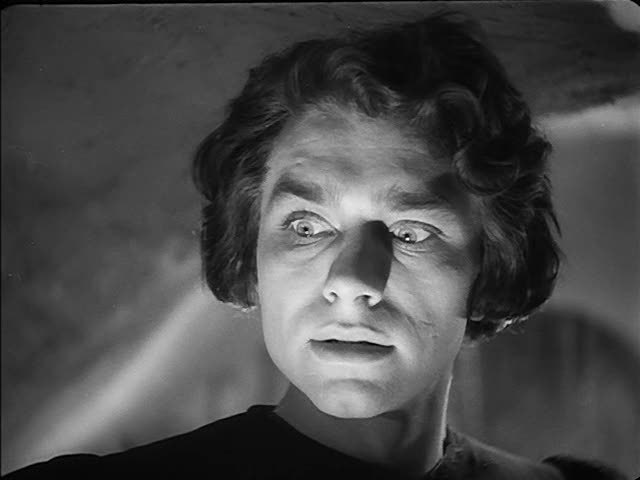 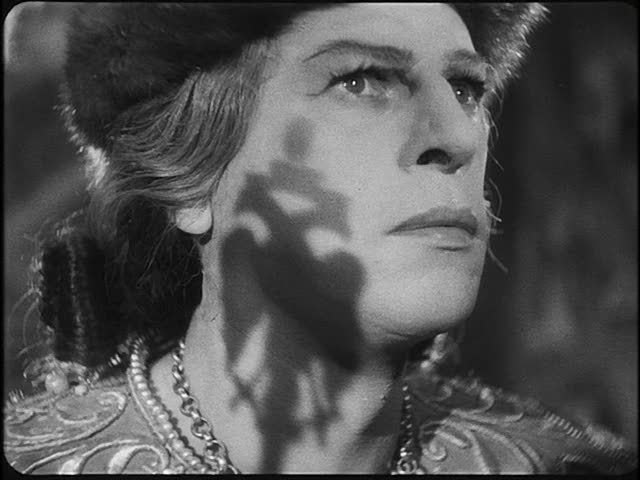