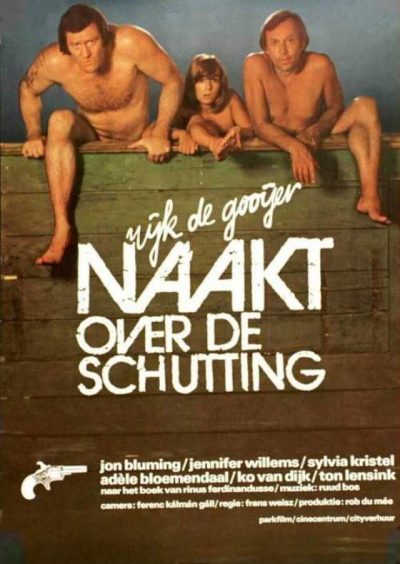 This 1973 film is based on one of six ‘Srillers’ (short for sarcastic thriller) by Rinus Ferdinandusse, who also co-wrote the screenplay and appears in the film. It stars Rijk de Gooijer as Rutger Maria Lemming, or Rick for short. Lemming suffers from Angela Lansbury syndrome: murder mysteries regularly cross his part even though he is happy milking pigeons and running a pinball arcade. When his loyal but gullible friend and former karate champ Ed Swaan (John Blumming) finds himself involved with some pornographers, the two of them set about getting their hands on the embarrassing footage.

Rounding out the unusual cast are two actors best remembered from children’s television. First up is Jennifer Willems (Teuntje from the Film van Ome Willem) as Penny, a young teacher who is also Rick’s tenant. Jennifer and Rijk had previously been paired up in Frans Weisz’ ‘De Inbreker’. Playing even more against type is Ton Lensink (Ti-ta Tovernaar himself), who plays a nasty TV director who dabbles in dirty pictures and is the complete opposite of the fatherly wizard he was playing on television at the same time. Future Emmanuelle Sylvia Kristel appears as the object of Ed’s affections, a posh one hit singer called Lilly. She and Ed are the ones who jump the fence in their birthday suit (from which this movie gets it’s title), and not Rick or Penny, as depicted on the poster.

Adèle Bloemendaal appears as an unlikely love interest for leading man Rijk, and indeed they would end up playing a couple several more times in other productions. Together our heroes enter a world of blackmail, murder and violence, but luckily Penny has taken Ed’s Karate class. Constently barring their way played by Hans & Lodewijk Sijses. These two are obviously modelled after Tintin’s Thompson twins and not very frightening at all owing to their short stature’s.

The problem with this thriller being ‘sarcastic’ is that it never seems to know which genre it wants to be. The fight and chase scenes are too silly to be exciting (or funny for that matter) and the suspenseful moments (like people getting killed) are handled lackluster as well. The finale features a very silly karate fight and a ‘spectacular’ tram chase all the way to Artis Zoo. This is made only a bit more lively by Ruud Bos’ score. But the less said about that song Miss Kristel keeps singing, the better. As of this writing, none of Ferdinandusse’s other Srillers made it to the big screen.
6 out of 10 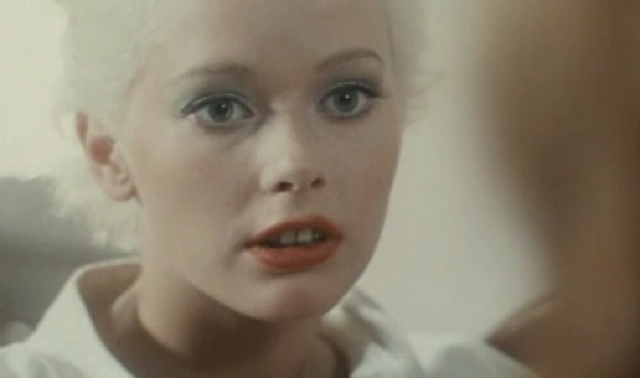 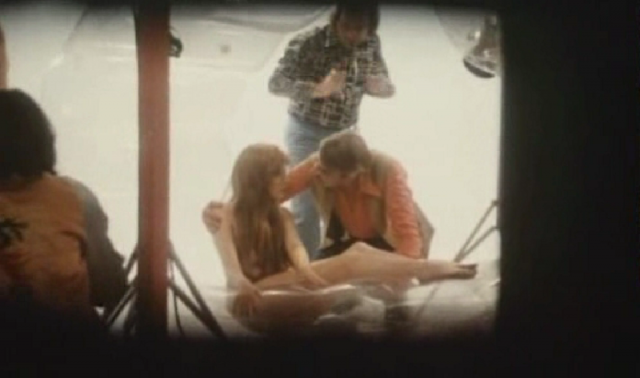 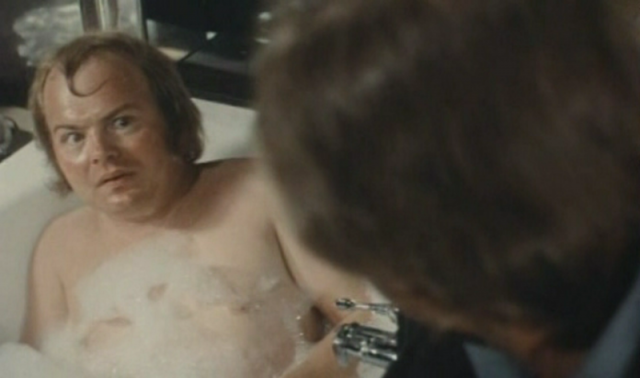