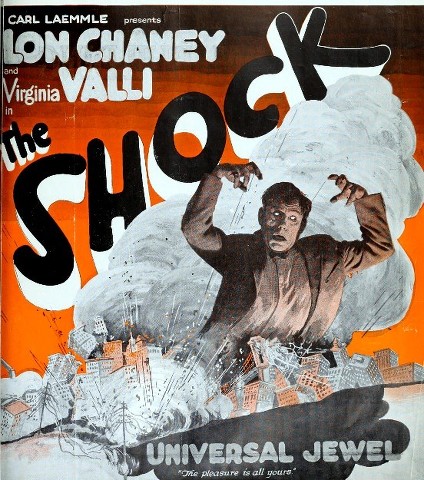 This tale of a crook’s reform takes place in the San Francisco of the early 1900s. Predictably, Lon Chaney plays a crook and a misshapen cripple (the type of role almost expected of him at this point in his career). Anne Vincent, better known as “Queen Anne” (Christine Mayo), sends Wilse Dilling (Chaney) to a small town to keep an eye on Mischa Hadley (William Welsh), an embezzling banker who is her lover. Dilling falls in love with Hadley’s daughter, Gertrude (Virginia Valli), and blows up the bank’s safe to destroy incriminating records. The blast, however, leaves Gertrude a cripple, and Dilling uses his savings to restore her to health. Queen Anne, whose greed knows no end, has told Hadley that he will either give her more money or give her his daughter. Ultimately, she has Gertrude kidnapped and taken to a Chinese den. Dilling rescues her and she helps in his regeneration. The 1906 San Francisco earthquake shakes everything up, and Dilling’s reform is complete.~Janiss Garza @allmovie.com